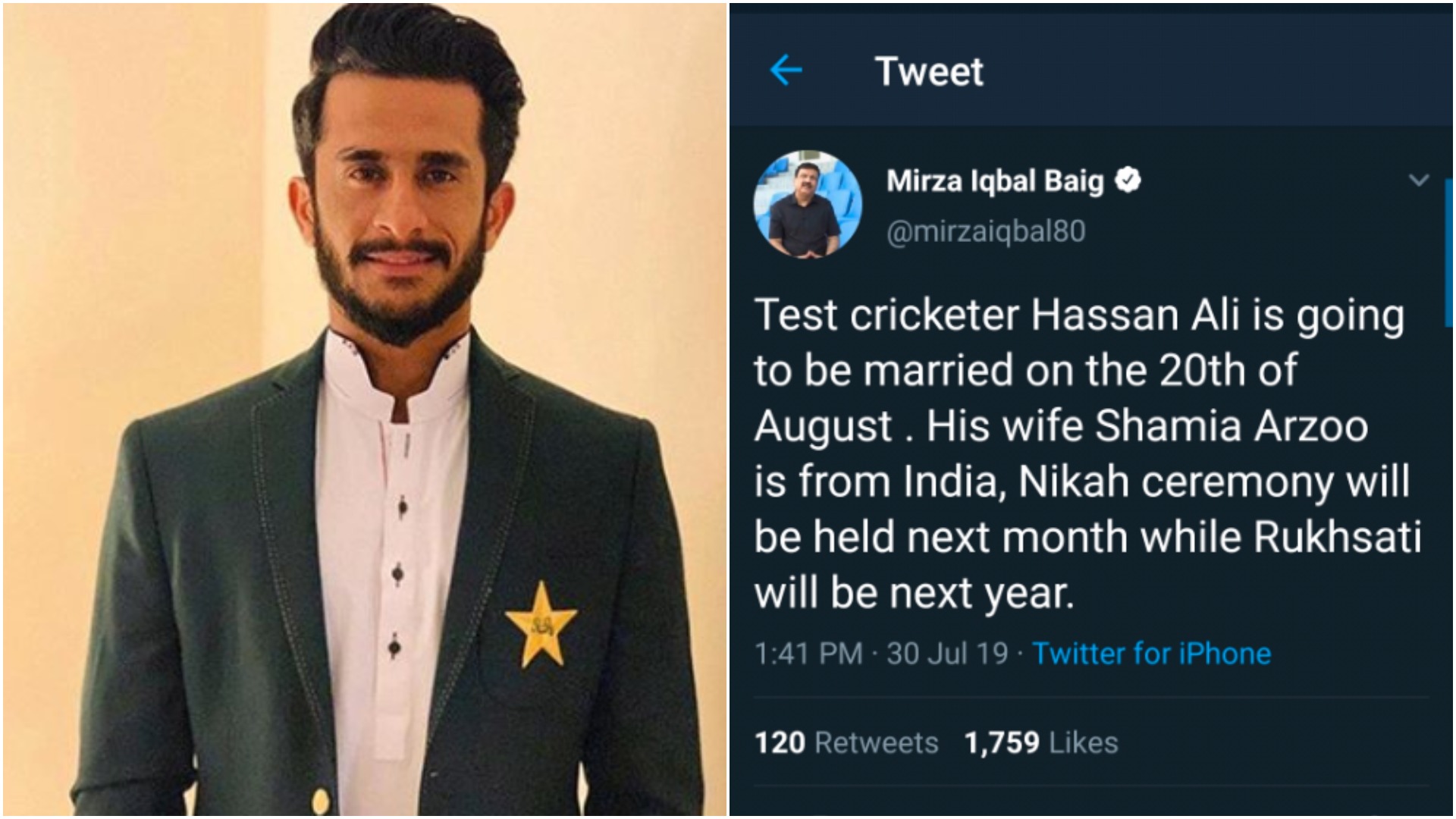 The internet has been going crazy ever since the news of Hassan Ali’s marriage started floating after a sports journals tweeted out the date and schedule for Hassan Ali’s nikkah and rukhsati:

Test cricketer Hassan Ali is going to be married on the 20th of August . His wife Shamia Arzoo is from India, Nikah ceremony will be held next month while Rukhsati will be next year.

And the internet was desperate for a confirmation! Within no time he hashtag #HasanAli was trending at number one on Twitter: 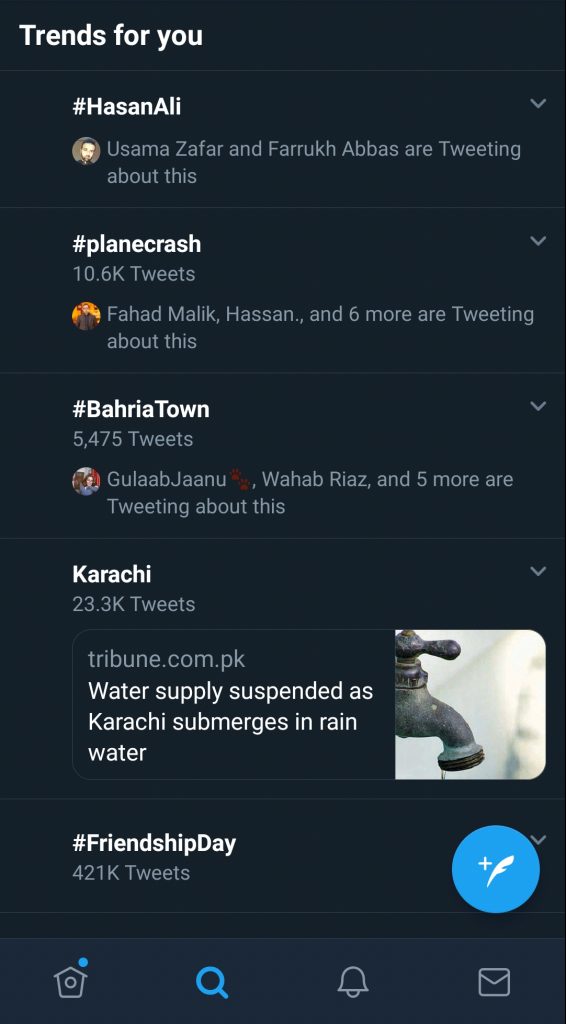 Hassan Ali is getting married to a Indian Muslim girl 🤪

Congratulations were pouring in from fans:

Congratulations to #HasanAli & fiancé!
I hope both nations are able to talk of their marriage & wish them a lifetime of happiness, peace & prosperity without bringing politics in it. 🙂

Haha, memes about Hasan Ali joining the club were winning the internet!

I can't handle another jeeja https://t.co/WndMw3wQvS

And Shoaib Malik made it to the memes too:

respect ur seniors, they can do anything just to make u smile… #HasanAli pic.twitter.com/FuRZoKBmVk

People were sending love and best wishes, and also hoping it wouldn’t affect the performance:

Thats Your Personal Life Good Luck for That But as a Professional You need To Perform Now.Your Performance has Been Pathetic After CT17.Focus on Cricket Now

Some couldn’t believe it:

Pictures of bhabhi-to-be were shared but turns out it wasn’t the Shamia we were expecting:

Circulating some random beauty influencer’s image with Hassan Ali lool 🤦🏻‍♀️ her @ is shamiaazmin on insta. She’s married and has a kid https://t.co/v6ZoEAXCCL

What the everyone needs to stop..spreading fake pictures this girl is beauty blogger and youtuber,married and have a baby too 😬#HasanAli pic.twitter.com/2cSkFRI5j6

The pictures being widely circulated belong to a YouTuber who’s married and has a kid too!

Fake accounts were made in the name of Shamia Arzoo:

I was amazed why Hassan Ali was shifting from his village to the most attractive housing scheme of Gujranwala!
Now i got the reason!
Bhabhi must have said “Mein pind vch nai raina”
#HasanAli

Many were posting what the Indian reactions would be like:

Another Indian girl decides to marry a Pakistani cricketer, and Indian guys are like.. #HasanAli pic.twitter.com/I1MvVLwpWX

Some were calling it a ‘surgical strike:’

Another Surgical strike done by Pakistan, Hassan Ali is all set to make salla of 49314062 Indian man….🔥🔥 #HasanAli pic.twitter.com/mmArcA16DA

The debut of the jeeja jee:

"Hassan Ali is all set to make his debut as Jija Ji of India. Well experienced Shoaib Malik to present him Marriage Cap"#HasanAli pic.twitter.com/vuax2CNPGF

Hasan Ali soon came forward to clarify that they were still in talks about it and nothing is confirmed as of now:

just wanna clarify my wedding is not confirmed yet, our families have yet to meet and decide upon it. will make a public announcement very soon in sha allah. #gettingreadyforfamilymeetup

But people weren’t buying it:

People were comparing how Pakistani cricketers were winning (the hearts of their women :p)

People were also posting how the Indian nibbas were feeling:

I think we all know why:

Are you excited about this wedding? Let us know in the comments below!

Power Clothing: How the Politicians of Pakistan Defined Fashion

Sana Safinaz: The Power of Two