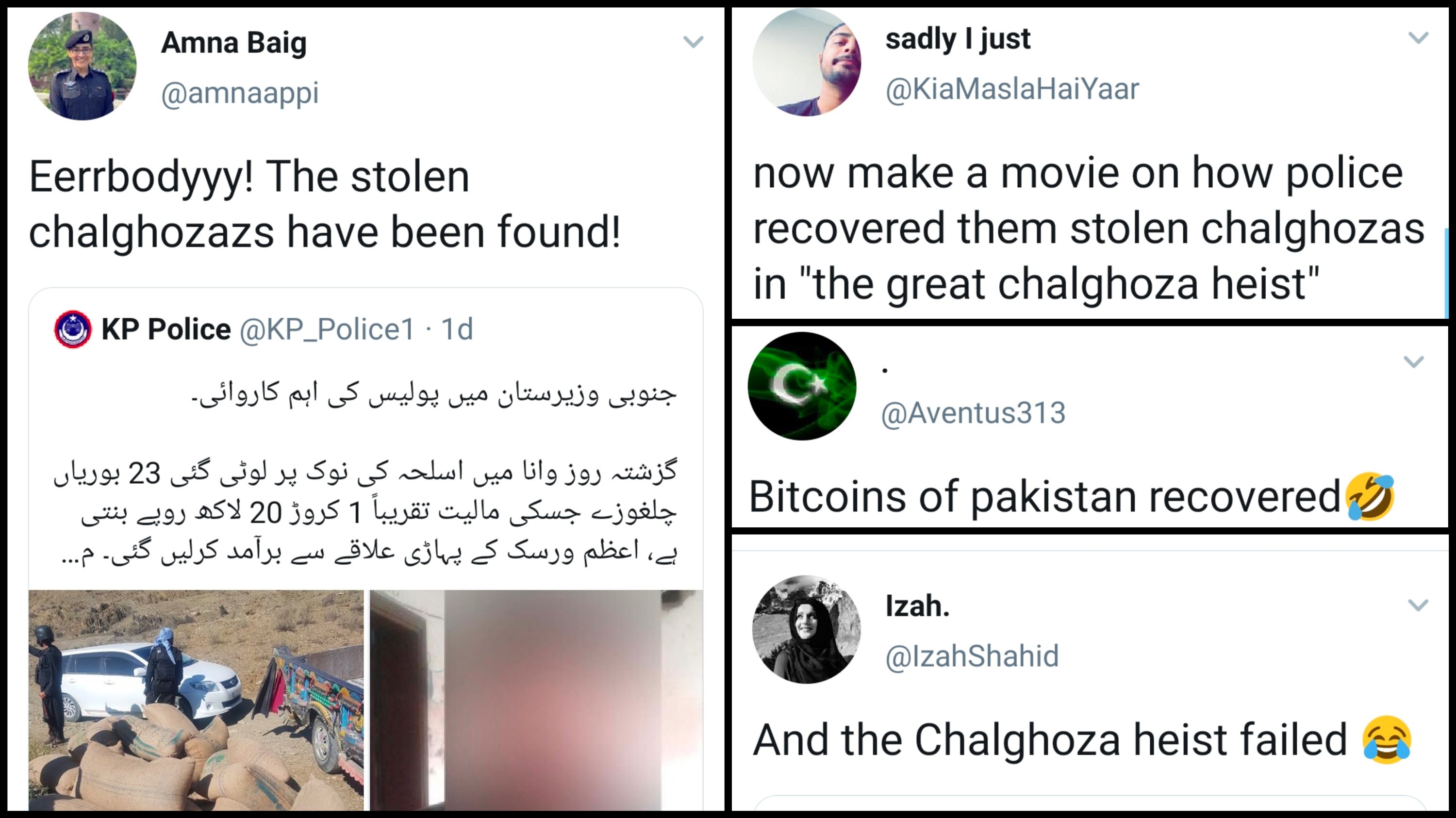 Given the current situation you can either own an iPhone 11 or a handful of chilghozay. The pine nuts have crossed the rate of 9000PKR per kilo and some of us have even forgotten what they tasted like.

Amidst the circus of daily life, one man stole 23 sacks of chilghozay worth 1 crore and 20 lacs. And the internet was happy!

now make a movie on how police recovered them stolen chalghozas in "the great chalghoza heist" https://t.co/Cttdwvl7dp

People were calling them the bitcoins of Pakistan:

Some wanted the stolen chilghozas to be added to the national treasury:

Recovered chalghozas should be immediately shifted to national treasury.

I volunteer to count to make sure they’re all there. https://t.co/12EZoC5UFY

Some were up for a Netflix documentary:

Some were finding the idea to be genius:

The culprit should be commended at some level indeed for dreaming and executing such plan. You can hire the genius in the police too.

It’s like royal jewels. Can’t get a market to offload

The police should be given 1 bori as a reward

People were lauding the KPK police:

Some were finding a potential movie plot in the situation:

That's a lot of Chilghozas… Someone tag National Accountability Bureau.

The greatest robbery of the history recovered! https://t.co/9P7axrBzGl

There were a ton of puns:

Behind The Glamour: 11 Pakistani Celebrity Deaths That Left Fans Shocked!

Minister of Agriculture tells karachiites to add ‘tiddis’ to their biryanis, karhais and BBQs and the Internet has crazy ideas!