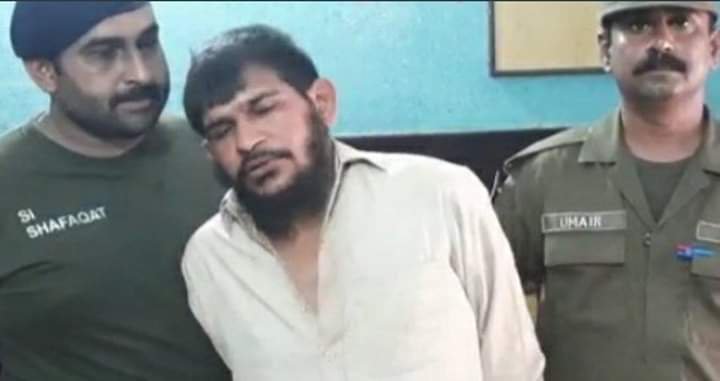 Salahuddin, the man in the video that went viral where he was stealing a few cards from the ATM machine and making faces at the CCTV camera was arrested by the Punjab Police. But what came as a shock was the fact that he was tortured to death by the police officials. Salahuddin was a mentally challenged man which was apparent in the clip which went viral and yet the police decided to show no mercy. The hashtags #Salahuddin and #JusticeForSalahuddin have been top trends on Twitter for days now. 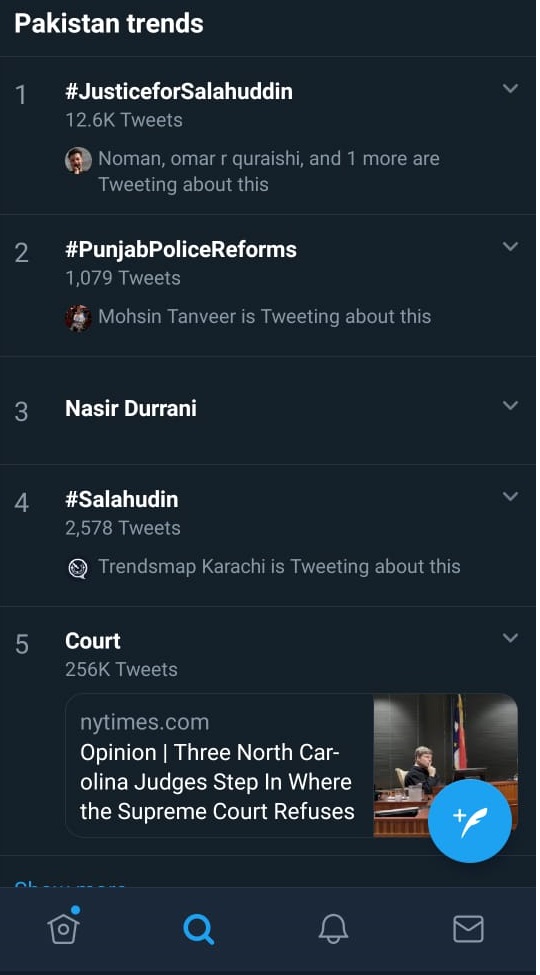 The internet has been standing in support of Salahuddin and has been demanding nothing but justice for the poor man:

Clips from an interview from Salahuddin’s mother was shared:

'Only God knows my pain. Everyone knew that #Salahudin was not mentally fit. I want justice for him.'

This is very painful for parents to bury their child at young age.
Let's raise our voice for #JusticeforSalahuddin pic.twitter.com/OY9gGV04QN

IG Punjab has turned out to be the biggest liar of the province. Even if u lie about the torture seen in the pictures. IG arif how will u defend this kind of torture? NO POLICE OFFICER HAS BEEN ARRESTED. SP Habib must be thrown in jail as well #IGpunjabMustResign pic.twitter.com/jK0n9rK7ES

Mentally disabled Salahuddin’s father receives dead body of his son who was killed under Punjab police custody. No parent deserves this. No matter what #JusticeforSalahuddin pic.twitter.com/MKUSFfEjxv

People shared clips of how Salahuddin’s father came to know about his death via social media:

We came to know about his death via media reports: statement of Salahuddin's uncle (Mamu).@UsamaKhawar#JusticeforSalahuddin pic.twitter.com/jsPqyx9Gbi

I condemn the brutal violence of Gullu Butt cultured Punjab Police that ended up taking an innocent life. We want #justice for #Salahuddin#JusticeforSalahuddin pic.twitter.com/sLiwTppzdi

People wanted to stop ghunda-gardi of the police:

STOP HIRING officers who:
1) are mentally SICK n R not capable of protecting the citizens of this country. 2)are capable of fighting physically"Gundagardi Kyun k hai wardi?" BUT their IQ level is ZERO. 3) savage inhumane 4)Nepotism or w/o holdin any sort of degree. #salahudin

The only thing which we should follow is justice. Riast e Madina is famous for justice.#JusticeforSalahuddin#PunjabPoliceReforms pic.twitter.com/0BzB4f8hHD

People were appalled at the torture:

You must be an animal to torture & kill a disabled innocent man.@OFFICIALDPRPP you are animals.#JusticeforSalahuddin pic.twitter.com/2otkqstCSg

People are standing for Salahuddin like they would have stood up for themselves:

I m #Salahuddin , I m different from YOU,according to standards set by society so YOU tortured me, burnt my skin n my soul to satisfy you puny egos, YOU laughed at my helplessness, YOU cut my flesh. I m an angel , I flew back to heaven but where ll YOU go?? #JusticeforSalahuddin

People are changing their display pictures to that of Salahuddin and are urging others to do the same:

I’m changing my profile picture, until the justice is served, I would also encourage you to do the same. Please RT#JusticeforSalahuddin#MyDPforSalahuddin pic.twitter.com/qSXZp3yXYC

People were ashamed of how the system was running:

My heart is bleeding for this poor guy and I m ashamed of how this system is working we r far away from any developed society where every human being has the same rights #JusticeforSalahuddin #PunjabPoliceReforms #tortureinpolicecustody https://t.co/p9lmQYdbhp

It's sickening &concerning.Our police is frustrated/ inhuman to that level all they had to do was take it all out on a poor mentally retarded man.Who can't look after himself was tortured to death.We need to reform our police culture & system #JusticeforSalahuddin #Salahudin pic.twitter.com/oqo6NvrLOA

When small time thieves die in jails because they r poor while big time thieves enjoy five star facilities in jails bcz they r rich/powerful, how can u expect our country to prosper? Without justice, no country can prosper no matter what the economic policies… Its Allah's law. pic.twitter.com/Cxz22U6VQ4

He was mentally challenged but seemingly physically ok and Punjab Police's cited reason of death of natural causes seems like NON SENSE! Any suspensions in Punjab Police? Any one arrested from within the police? Ya phir bass aik na khatam honay waali INQUIRY? https://t.co/jAn2b57pJP

Nadia Hussain was looking for answers for the brutal killing:

This is CRIMINAL!!! Who's responsible for his death???? Police or ghurbat or mental illness?? https://t.co/3DaiyIpoav

Can’t bring myself to share the pics of #Salahuddin’s brutally tortured body but those going on about justice do nothing, you’ll know exactly what this justice is for poor people. pic.twitter.com/0np01BF3l1

Waqar Zaka too came forward in support of Salahuddin:

As police will never going to stop killing people like #Salahuddin . How about we request Police to use the same method on the Politican, who are involved in stealing money, noone will punish the Police, so let’s use their skills, Nominate kis Politican k sath Aesa Hona chahiye

Following the social media support asking for justice for Salahuddin, an FIR has been lodged against the police officers and an inquiry is to be held:

Govt of Punjab has requested for #Judicialinquiry of the case

All we’d like to add is that justice delayed is justice denied and we hope to see justice being served!