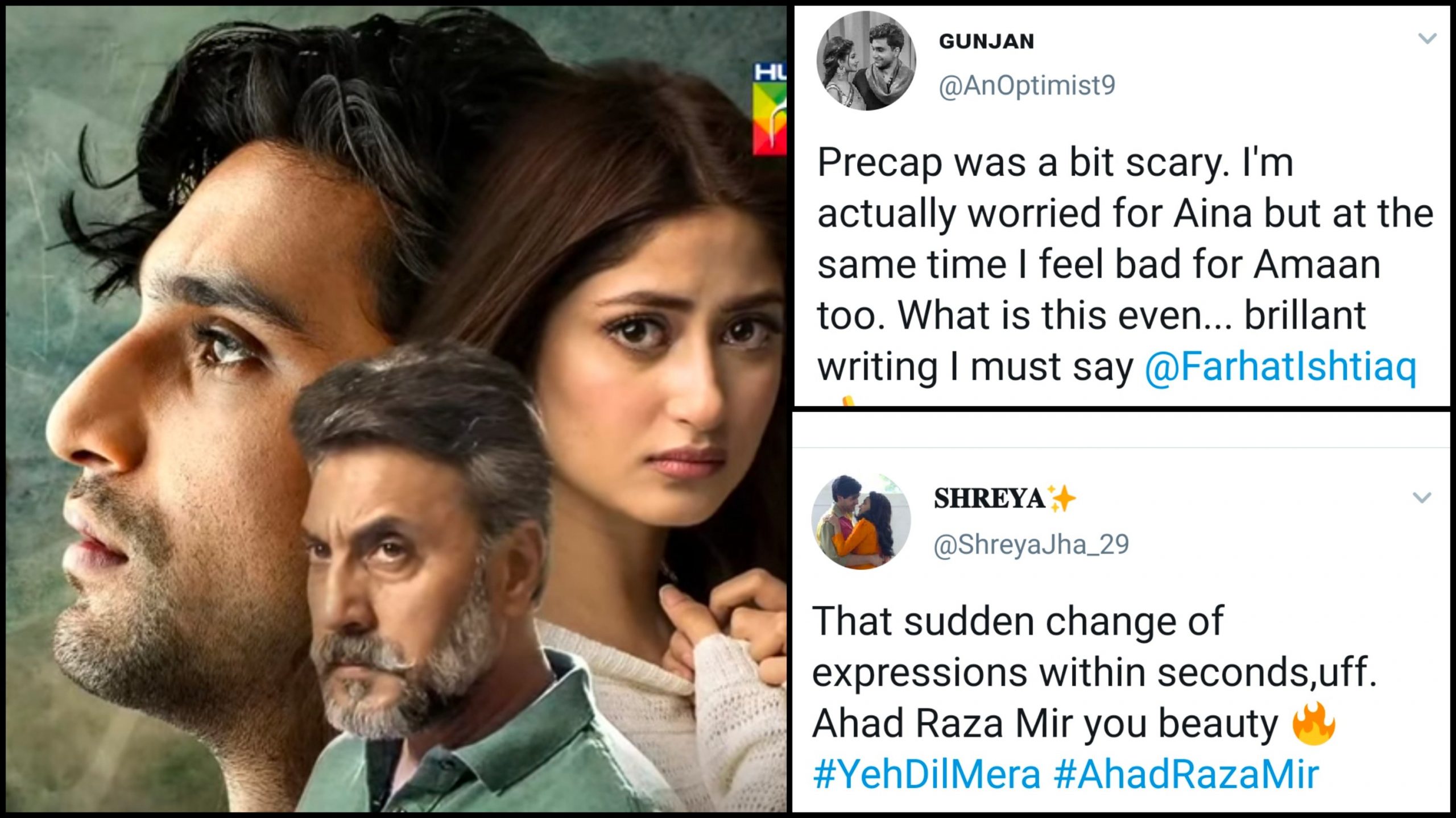 If you’re a Sahad fan, Yeh Dil Mera would have been a treat to watch. The drama addresses soci issues that nk other drama talks about and is getting really exciting with every. we episode!

And the internet is nothing but all praise for the drama:

What a fantastic episode!! Thank God they gave some clarity abt the murder n Amaan's past. Woah FI is such a genius writer man👌👌 once again all my theories proved to be wrong😑😂 but I'm feeling so bad for Aina rn..Amaan's gonna creep the hell outta her now😱 #YehDilMera pic.twitter.com/yJHPU2bww7

The real life couple had everyone smitten:

Fans even filed a petition convincing Ahad Raza Mir to keel his hair the same way:

Petition for @ahadrazamir to keep this hair and facial hair during his shaadi (but do get a new kurta). Like/RT if you agree #YehDilMera pic.twitter.com/tEBEAXjBNY

Find yourself a girl who looks at you like Aina looks at Amaan:

The way she looks at him, Please She's so in love with him 😭❤#YehDilMera pic.twitter.com/uGMdEfAo48

This gave us chills too!

People were high praise for Amaan:

Another performance by Ahad Raza. Mir as Amman. No one does it better than Ahad. I love the brilliancy & perfection of Ahad’s expressions. Ahad you proved it again you are a phenomenal actor. What a powerful performance. From dialogues to expressions.@ahadrazamir #YehDilMera pic.twitter.com/TKbmKDZwRs

Only Ahad could have carried it off so effortlessly:

People were desperately waiting for the next episode:

Precap was a bit scary. I'm actually worried for Aina but at the same time I feel bad for Amaan too. What is this even… brillant writing I must say @FarhatIshtiaq 👌#YehDilMera

People had a soft corner for Aina:

If Amaan wasn’t manipulating and using Aina for his revenge, this would all make more sense. Aina has nothing to do with what happened to his parents. She shouldn’t be the one facing his revenge; if anyone, it should be Zaman. #YehDilMera

So you telling me this precious bean is not gonna survive💔. Drama Gods you gotta give him a happy ending no matter what. #YehDilMera pic.twitter.com/Pplwe6Ec7a

I don’t think we’ll ever be able to get over now beautiful Sajal is:

#yehdilmera can we take a moment to appreciate how beautiful Sajal is ✨ All we can say is MASHALLAH 💖 pic.twitter.com/0KGMAjiddS

Ahad as Amaan is doing a fabulous job. The piano scenes, transformation from sudden outbursts to being totally normal, that vengefulness topped with creepy vibe. WHAT AN ACTOR. WHAT VERSATILITY 👏 @ahadrazamir #YehDilMera

Are you keeping up with Yeh Dil Mera? Let us know in the comments below!

This might be the coldest winters in Karachi and the karachiites are loving every bit of it!

5 Pakistani Designers Whose Work We Miss On The Runway!