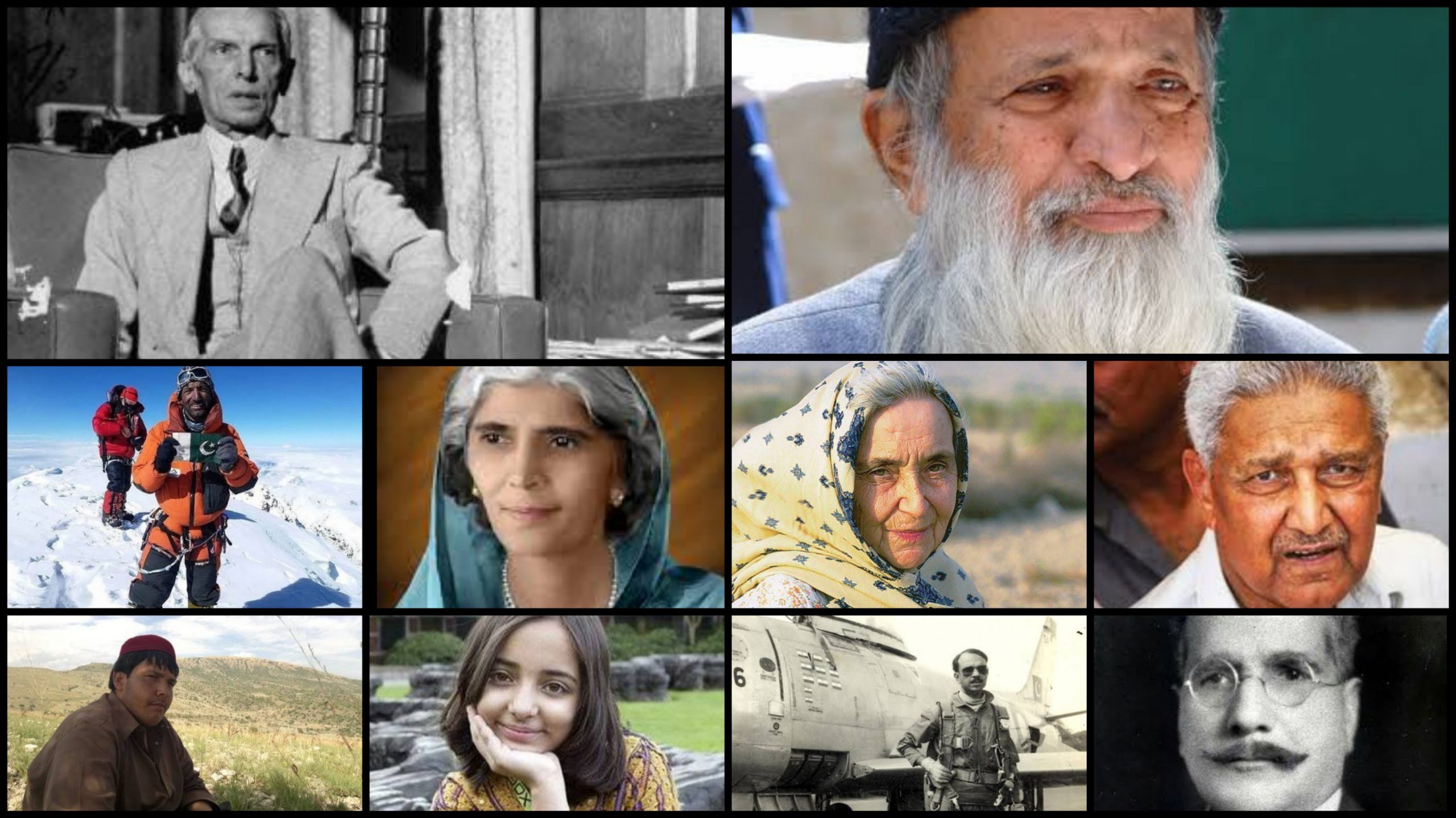 With so much going on in the country, Pakistanis are on a mission to celebrate the real life heroes in the country ahead of 23rd March. And honestly it’s the sweetest and most positive reminder of how we can pay back to our country!

Let’s take a look at the heroes our countrymen are celebrating:

The father of the nation

Our Hero our Quaid
When we heart word ''Hero'' Quaid e Azam comes into our minds. pic.twitter.com/J5LiNQkUKq

The man who tool our nuclear power game to a whole new level.

Edhi, the Pakistani philanthropist and social worker devoted his entire life for service to humanity. His compassion, care and love for the poor, downtrodden and the underprivileged was legendary. In these difficult times, his legacy lives on ♡ #HeroesOfPakistan pic.twitter.com/o12OmM1dkN

The man who dreamt of Pakistan.

#HeroesOfPakistan
During the Mulsim League’s December 1930 session, Allama Iqbal delivered a speech, known as the Allahabad Address, in which he described the contours of a separate Muslim majority state in north-western parts of British India.@WeareISPIAN pic.twitter.com/xuPiRxSvpU

Madar-e-Millat for all the right reasons!

The man who took down 5 Indian aircrafts within a minute in the war of 1965.

Today is anniversary of Ghazi MM Alam, the hero of 1965 War. Very sad indeed the nation does not remember its real heroes.#HeroesOfPakistan pic.twitter.com/NMlkEvZ76o

The man who transformed education for Muslims.

The man who gave his life to keep the scheming pilot and Pakistani jet within Pakistan.

Minhas was the only PAF officer to receive the highest valour award, the Nishan-e-Haider. He was also the youngest person and the shortest-serving officer to have received this award.
#HeroesOfPakistan @WeareISPIAN pic.twitter.com/AcO7z4jRRQ

Known for fighting off the enemy till his last breath.

Raja Aziz Bhatti, was a military officer in the Pakistan Army who was cited with the Nishan-e-Haider for his actions of valor during the Battle of Burki in second war with India in 1965.
#HeroesOfPakistan @WeareISPIAN pic.twitter.com/uEMuAm6Gsq

#HeroesOfPakistan @TeamForPK
Our Hero Dr. Ruth Pfau
If anyone truly deserve the title of Hero she is Dr. Ruth Pfau. pic.twitter.com/eIjOvPgkjv

One of the founding fathers of Pakistan.

Liaquat Ali Khan was in 1st October 1895 and he was died on 16 October 1951, often simply referred as Liaquat, was one of the leading Founding Fathers of modern Pakistan pic.twitter.com/sOnbQ23EET

The woman who refused to leave the APS premises until the last child was rescued, unfortunately she didn’t make it out alive.

She was there evacuating students
Who were stuck inside . She even confronted the terrorists and told them to take her phone and whatever else they wanted but leave the kids alone. pic.twitter.com/9qUwXzW0oc

Hundreds of innocent souls who died so young that the whole world was shaken.

@TeamForPK
When the word heroes come into the mind
We shall never forget the APS heroes #HeroesOfPakistan pic.twitter.com/5zpm8xPDJA

The high-altitude climber who never came back from K2, but had the nation weeping for him.

M.Ali Sadpara was a Pakistani high-altitude mountaineer. He was part of the team that successfully completed the first-ever winter ascent to the summit of Nanga Parbat in 2016 Missing for 23 days; He Is a #HeroesOfPakistan pic.twitter.com/dNPFUjWlNQ

The man who coined the name Pakistan

Chaudhry Rahmat Ali was one of the earliest proponents of the creation of the state of Pakistan. He is credited with suggesting the name “Pakistan” for a separate Muslim homeland in South Asia.#HeroesOfPakistan pic.twitter.com/ghITKHtrLN

The man who won the country a Nobel Prize for his contribution in the electroweak unification theory.

#HeroesOfPakistan
Mohammad Abdus Salam.. when he shared the 1979 Nobel Prize in Physics for his contribution to electroweak unification, became the first and only Pakistani to receive a Nobel Prize and also the first Muslim to win a Nobel Prize in science pic.twitter.com/dELU549m8B

The woman fighting modern day slavery in the country for the bonded brick-kiln workers.

The brave, teenage boy who confronted a suicide bomber to save the lives of his peers.

#HeroesOfPakistan
His selflessness saved the lives of 2,000 schoolmates gathered for morning assembly. In school, class fellows often used to make fun of his obesity but he sacrificed his life for the same school mates and now they remember him as a national hero. pic.twitter.com/Q0Kf7Cddba

The man who will always be known for his explosive batting!

The computer prodigy who became the youngest Microsoft Certified Professional in 2004.

Who is your real life hero that you are inspired by? Let us know in the comments below!

People Just Can't Get Over How Well Sana Javed Is Playing Amal In Dunk & We Agree!

Aamir Liaquat Gets Schooled By Netizens Hor His Distasteful Tweet!