The COVID-19 slump made fashion showcases an impossible task for at least three quarters of the 2020 all around the globe. Pakistan too, faced this sudden dearth of couture making the waves, making this year, one without any thing to look forward too. Luckily, that’s when things started changing and the resilient fashion industry held its own. One such example of this joy amongst worrisome times, was Hussain Rehar’s first solo experience, featuring his Nawabzadiyan.

Set as a three-part exhibit, the solo show took place at Wusaaq, which in itself was equally enchanting like the ensembles as the location glimmered in a traditional set-up, replete with marigolds and roses. 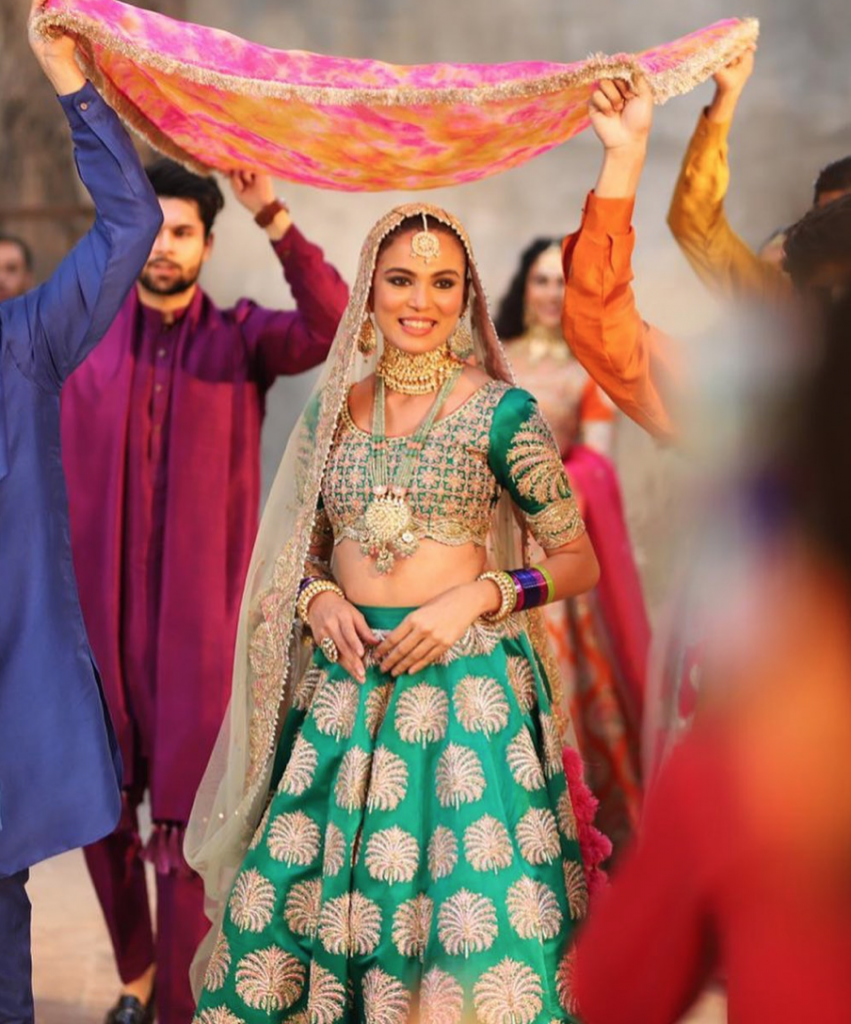 The event commenced with the ‘Mehndi’, as traditional Pakistani songs blared on the speakers, and a splash of colours entered the quaint-sized verandah in an eye-catching palette of emerald greens, oranges, pinks and muted whites. The segment proved to be the one where Hussain was able to show his already-loved aesthetics the most. The collection had the silhouettes that one knows the designer has mastered. 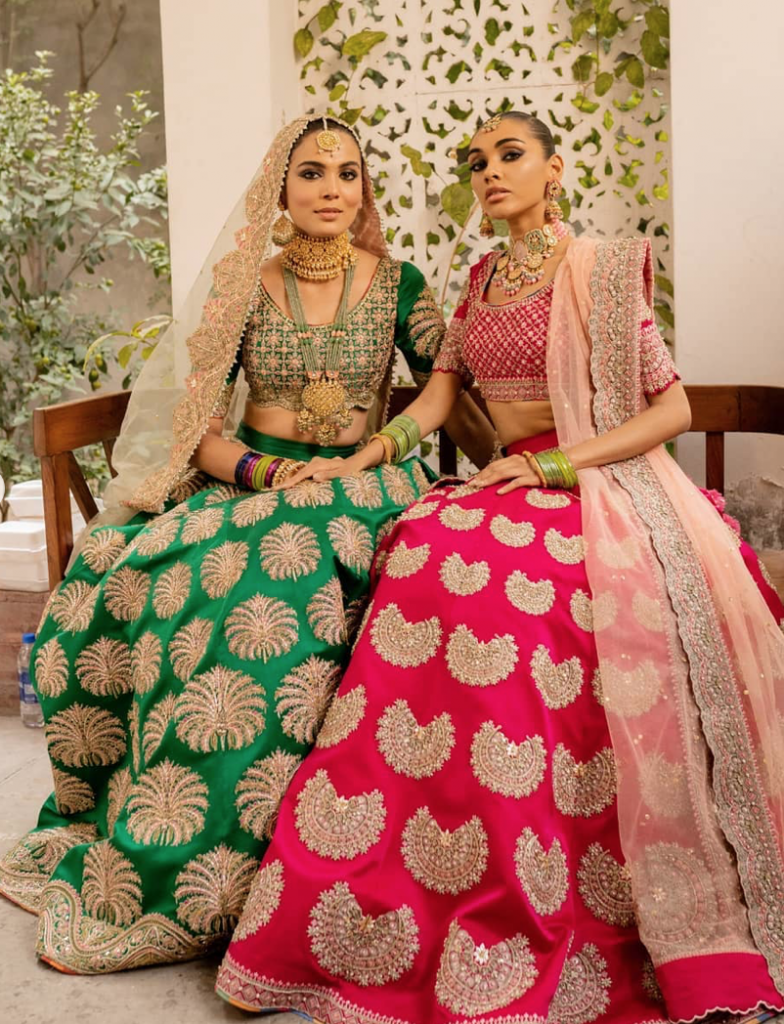 The embellishments too, had that signature Hussain look, which intertwines light and heavy embroideries into one uniform collection. In all honesty, seeing all the colours, cuts, and embellishments, this was the segment where we did know Hussain won’t fail at all. It comes naturally to him. 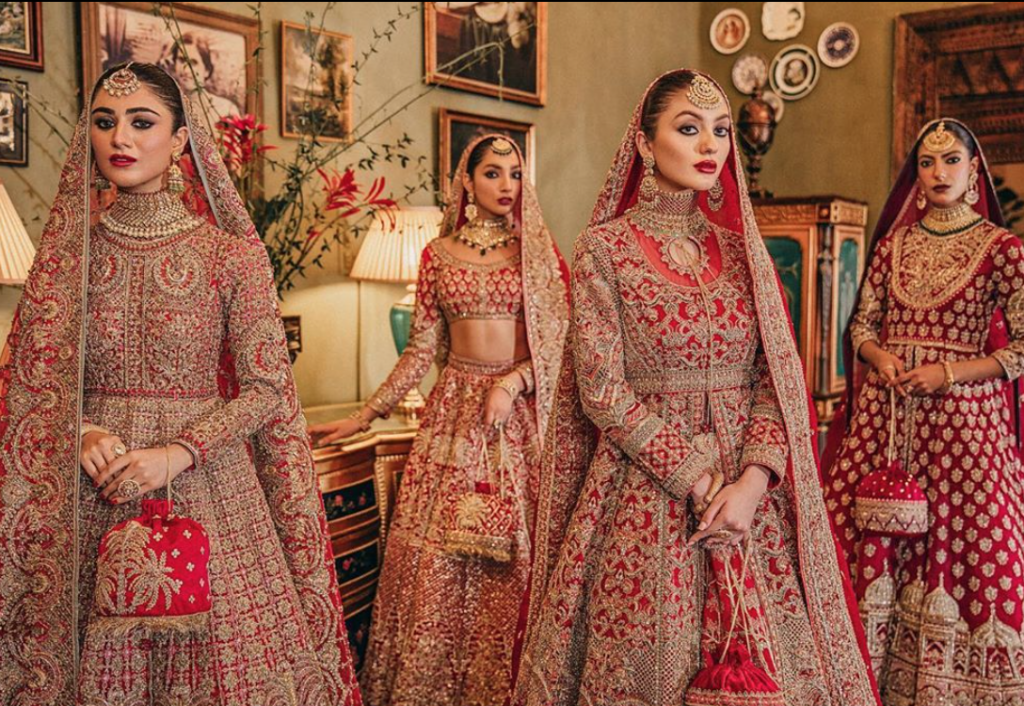 In the second segment, Hussain chose to look at the Baraat from both the dulha and dulhan angle. We saw a return of the traditional palette of reds decked up with heavy embroidery from head-to-toe on the runway with this show, hinting that perhaps, that the designer feels that it is going to be a back-to-the-roots kind of a shaadi season in the coming months. 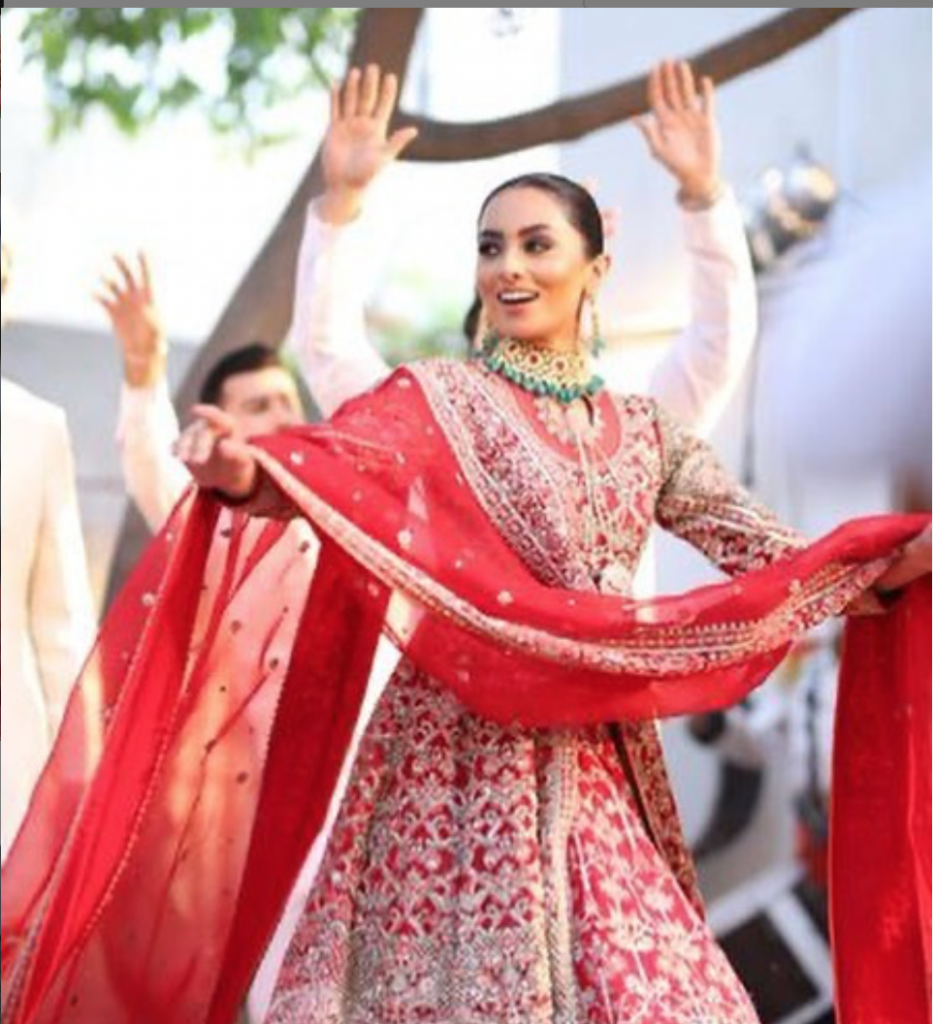 In what could have been something many would have called hackneyed or too safe, actually worked for Hussain. He isn’t someone who delves into the world of cliché and hence, him going for something supremely traditional and giving it his own flair says a lot about his will to explore all his sides as a designer. Plus, as his aesthetic sensibilities fare reasonably high, we also noticed he chose to still give these ‘traditional’ joras a Hussain flair with short cholis and various other cuts. 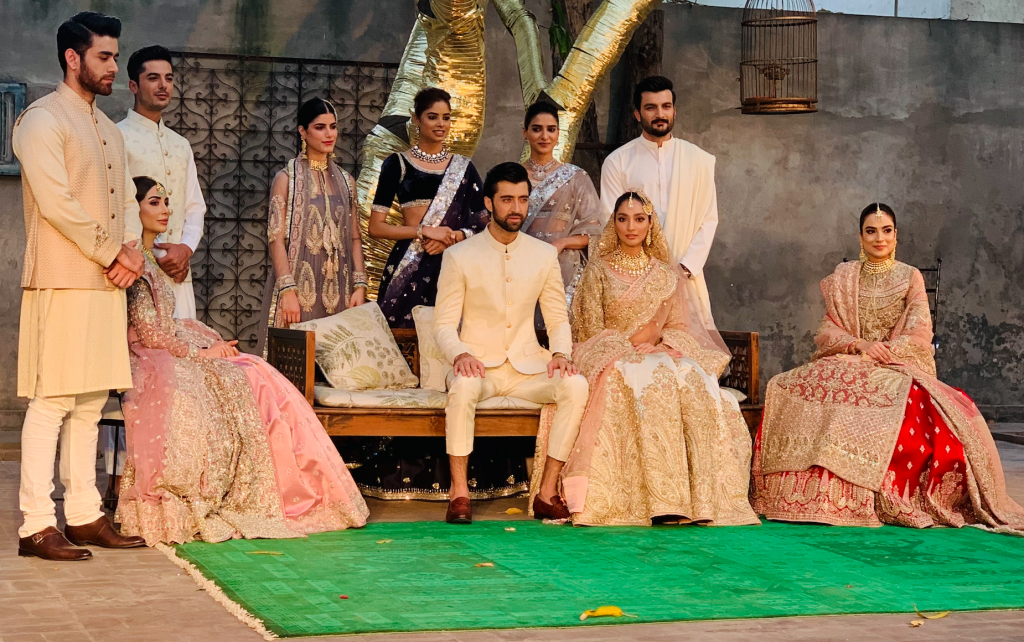 The Valima segment turned out or rather felt like the smallest one for the solo experience. However, that said, it did not fare any lesser than the rest. The capsule here, showcased a palette that mixed traditional colours like whites and jewels along with a tinge of colours here and there. The segment also kept the Hussain Rehar aesthetic close to its concept. 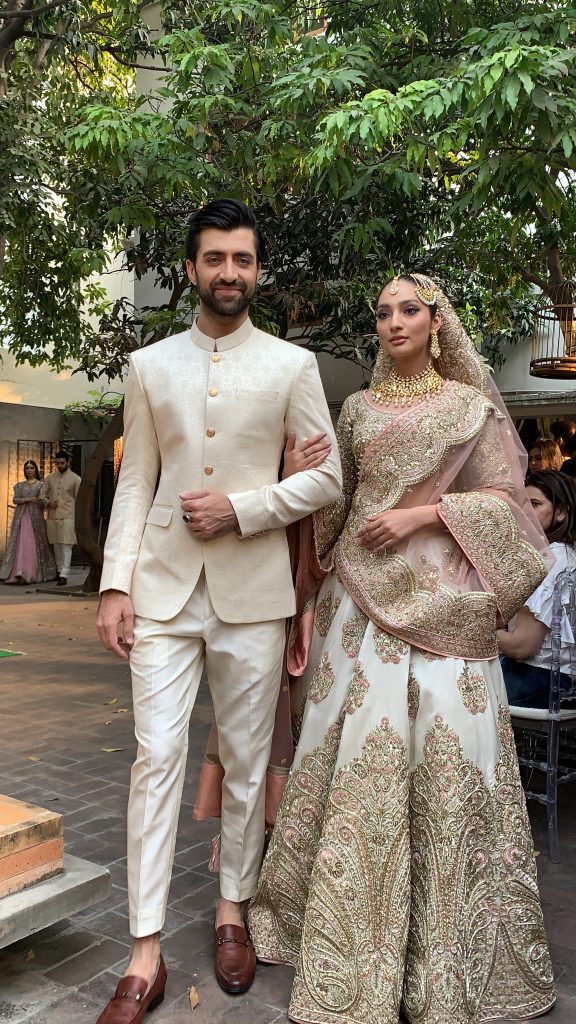 The embellishments seen here took a much-needed lighter approach than the other segments. There was more breathable space to the ensembles, and most ensembles had a traditional look but a more unique embroidery over them, juxtaposing the best of both worlds into one.

The experience with all three exhibits in most ways, remained one that was immersive and experiential, leaving one feeling that this in fact was a shaadi they would not have wanted to miss out on. In other ways, it also proved that truly, the aura of a Pakistani wedding will always speak to the hearts of the audience and the designers, even if their forte is something else altogether. 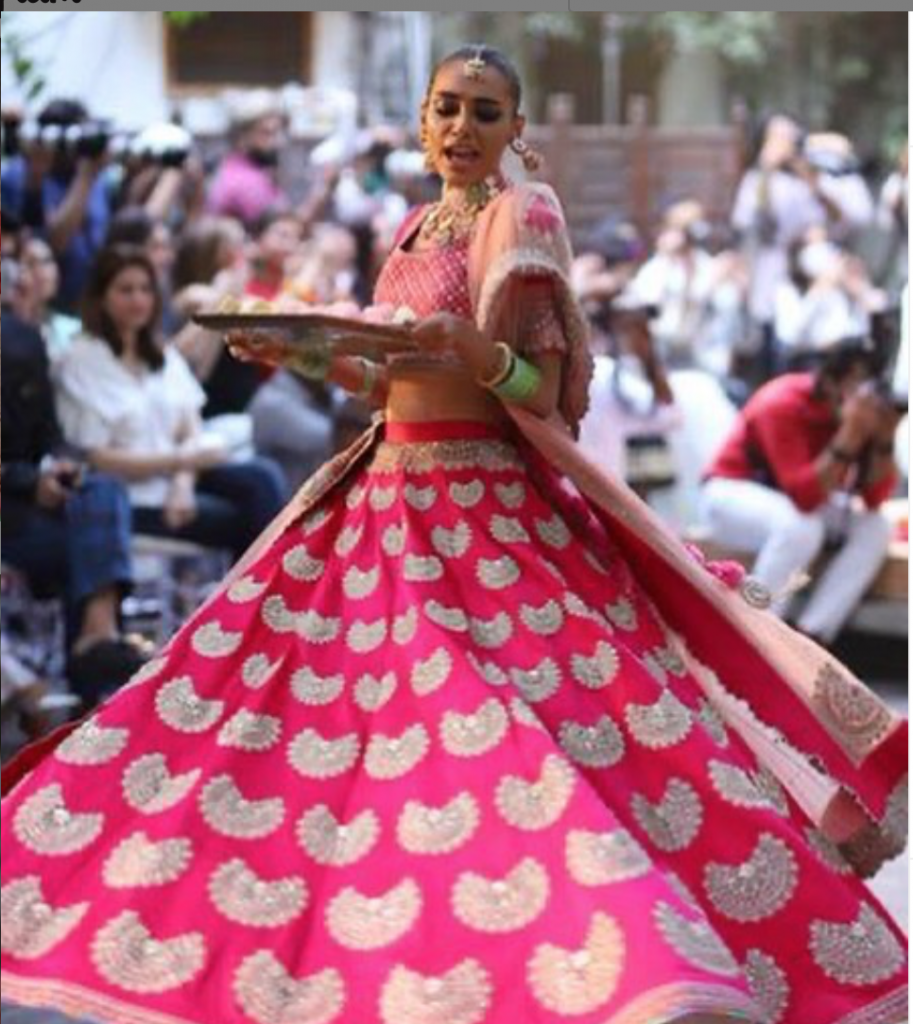 For Hussain, this was a message of proving that in his few years in the industry, he has made it in the big league to be able to execute a solo show – and that too, one that had all the sensibilities expected out of him. That said, now since he has done so, the expectations remain even higher from him, where we wouldn’t expect anything less and only bigger and better.

People Share The Weirdest Things That Happened In Their Class & The Replies Will Make You LOL!