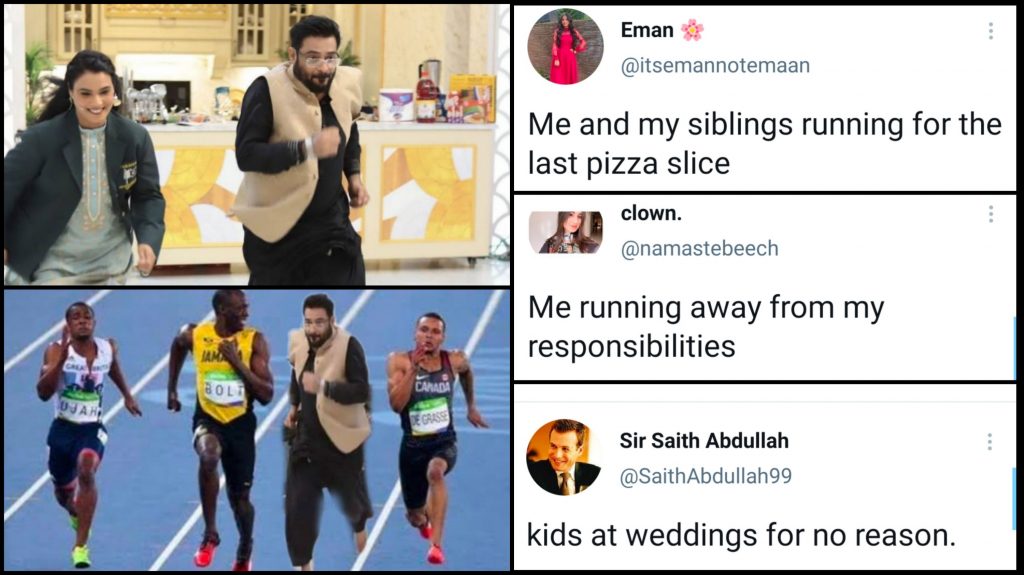 Aamir Liaquat may be a man of many talents, but racing just might not be his forte! The 48 year-old appeared in a live show yesterday where he competed against Naseem Hameed, the fastest runner of South Asia, in a small race.

But things didn’t go too well for Aamir Liaquat as he fell during the end. And it wasn’t just the race that he won, his fall made it to the internet and social media is flooded with memes and hilariously relatable scenarios that people have been adding to the clip!

kids at weddings for no reason.
pic.twitter.com/TfwHGxPD2s

Me and my siblings running for the last pizza slice
pic.twitter.com/3bjO3gMDXz

I made one meme on idiot Amir Liaqat pic.twitter.com/pWHvR1BVWo

You can be Usain Bolt but you can never be Doctor Amir Liaqat. 😎 pic.twitter.com/2hh1inCsFu

me and my bff competing to pick the pen my teacher accidently dropped pic.twitter.com/dyoih5hOWj

Me running away from my responsibilities pic.twitter.com/hCZnRfN0xG

haha. he’s just another pretty fkboy. haha. i aint falling for this one. haha.

Hahaha, why is this so accurate:

People were calling him the elite content creator of Pakistan:

People were calling him the most versatile actor in the industry:

you can hate Amir Liaqat for his bigotry but i dont know how y'all can hate his on stage performances. mans the most versatile performer of tv industry🤣🤣

That’s one way to look at the fall:

The only cameo we needed:

Follow me Cap! You can't do this alone.😌
~amir liaquat #amirliaquat pic.twitter.com/tWpJK4fVju

Learn something from him, y’all!

What’s your favourite scenario? Let us know in the comments below!

#GiveRoyaltiesToArtists: Pakistani Artists Stand United For The Cause!

McDonald's Collaborated With BTS For A Meal & Pakistani Fans Are Not Calm!