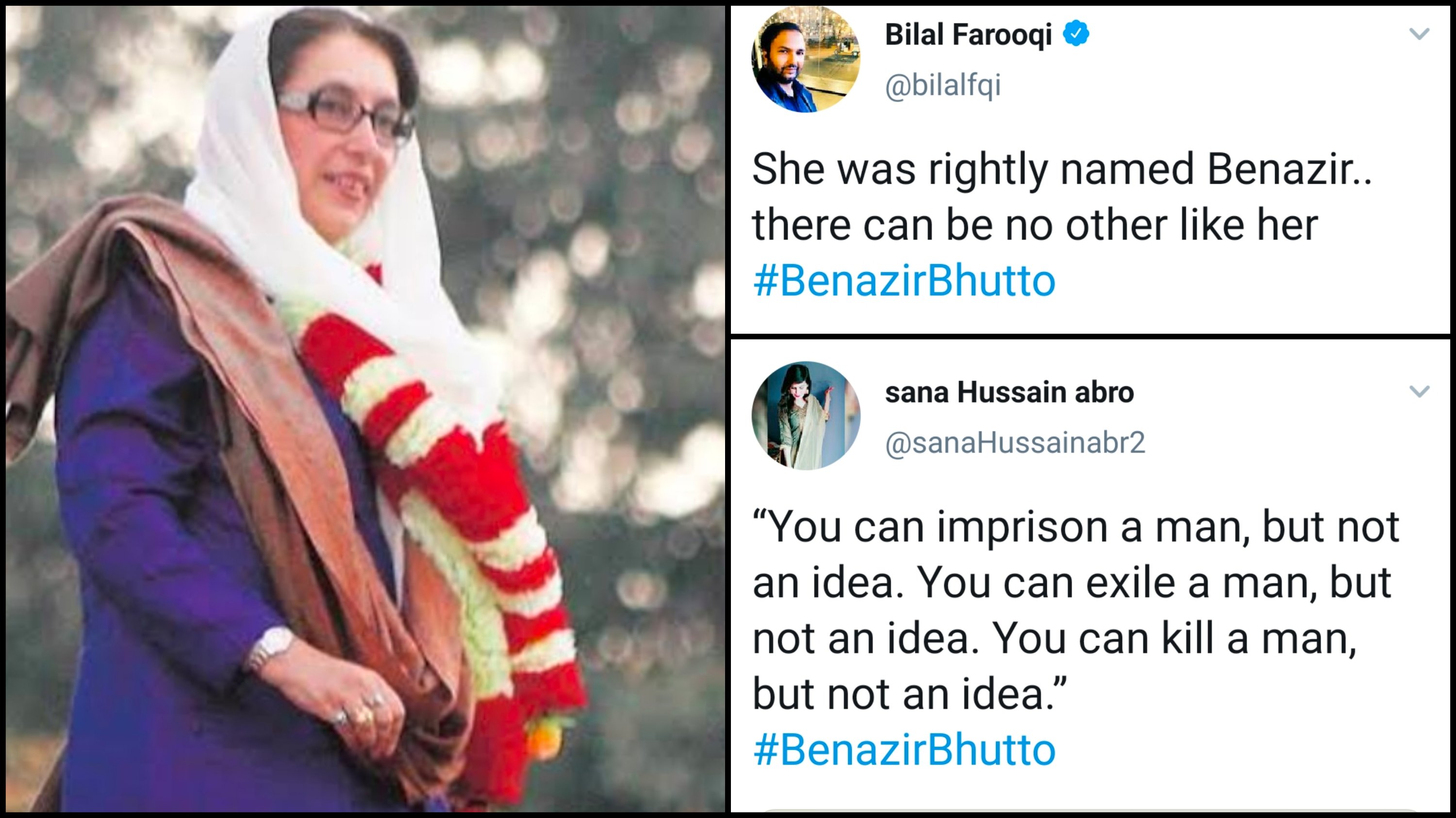 If you were sensible enough 12 years ago, you’d remember how the nation reacted when the news of Mohtarma Benazir Bhutto’s assassination broke. No matter what your political views be, you cannot deny how iconic Benazir was, from being the first woman PM of Pakistan to her speeches that would move many to tears, there will never be another Benazir Bhutto!

She was rightly named Benazir.. there can be no other like her #BenazirBhutto pic.twitter.com/CrkTb5BL8K

Today, 12 years after Benazir was assassinated, she continues to rule the hearts of many as they remember her on her death anniversary:

Senator Sherry Rehman shared how it still was very hard for her to recall that day:

"It's still hard to talk about that night" – Senator @sherryrehman on how her mentor and leader #BenazirBhutto risked her life in her valiant struggle for #Pakistan and democracy.#ChaloChaloPindiChalo @WomenintheWorld pic.twitter.com/ONBOIvfOlK

Many shared footage from her last jalsa:

People were sharing clips of various news anchors and how they broke the news:

A woman on a mission!

Whether or not the rulers allow me to take part in the elections, I will return home at any cost, not for the reason that I want to become prime minister.. (but because) I owe to the nation to fulfil my pledge I have made to it. – #BenazirBhutto pic.twitter.com/iF3y3xXr4V

What a lovely tribute. The poetry here and the diversity of those featured illuminates how truly 🇵🇰 SMBB was. pic.twitter.com/zERT66ghME

“And I have found that those who achieve peace never acquiesce to obstacles, especially those constructed of bigotry, intolerance, and inflexible tradition.” #BenazirBhutto #SalamBenazir

People were sharing how Benazir grew from a shy girl to the PM of the country:

I was a shy girl who led an insulated life; it was only when I came to Oxford and to Harvard that suddenly I saw power of people. I didn't know such power existed, I saw people criticising own president; you couldn't do that in Pakistan – you'd be thrown in prison. #BenazirBhutto pic.twitter.com/nVRljvpFDs

Netizens were also sharing how they reacted to the news:

I still remember the day my family got to know about the assassination of #BenazirBhutto It was a terrible day for my father, my aunt & all of us. Every one of us were so fond of her. She was truly the only stout hearted leader Pakistan ever had. She could've stayed where she was pic.twitter.com/vvUlmnomSZ

Have anything to add to the story? Do so in the comments below!

Jeremy McLellan made up a fake story which has gone viral and the internet is playing along!

Diva 2019 Round-Up: Restaurants and Cuisine That Gave us #FoodGoals This Year in Karachi!