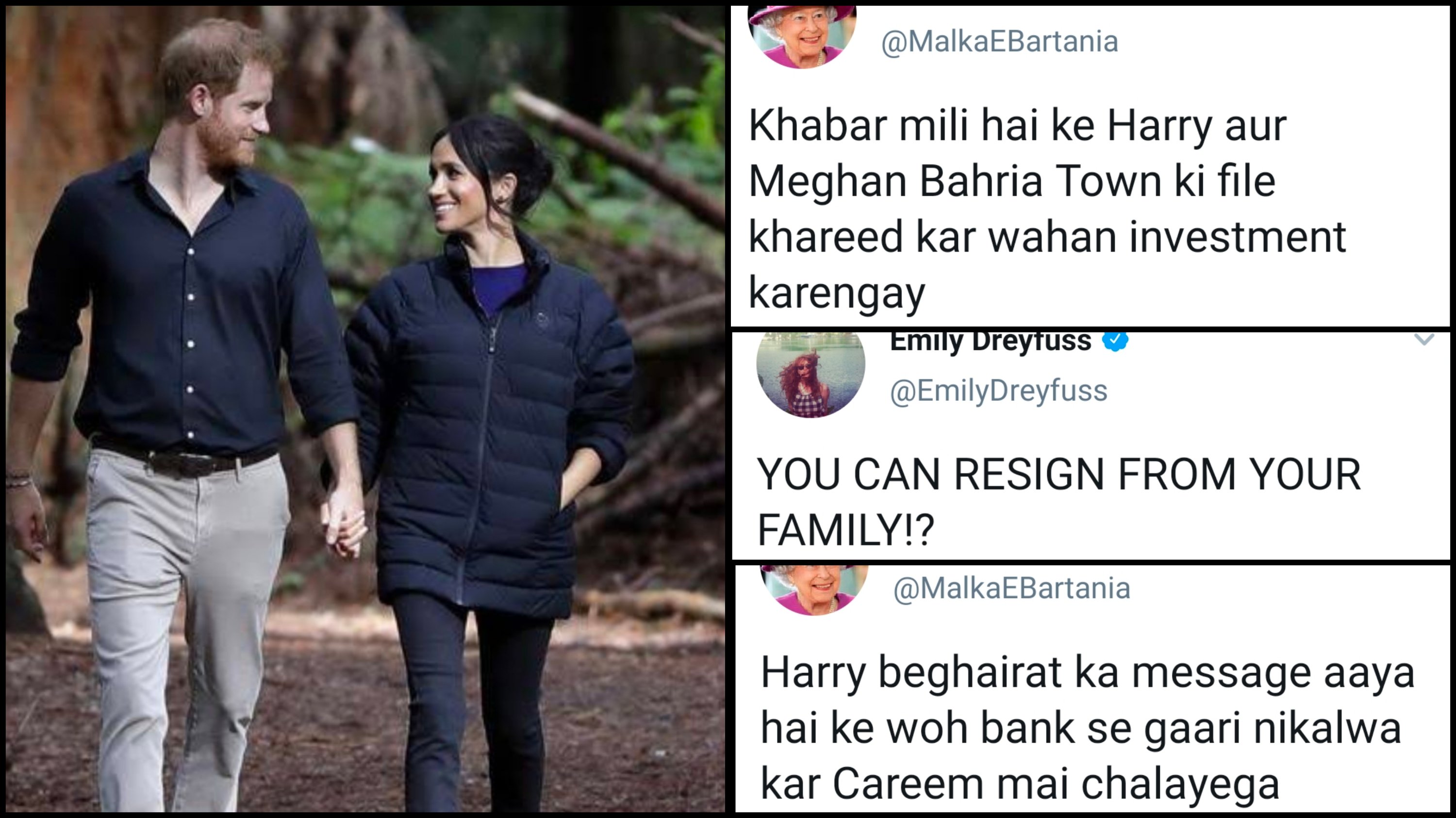 The news of Meghan Markle and Prince Harry stepping down from their royal duties and moving to Canada has been making rounds on all social media platforms.

And the internet is exploding with the most hilarious memes:

YOU CAN RESIGN FROM YOUR FAMILY!?

The parody account of Queen has us in fits of laughter:

The internet’s really got no chill:

Meghan Markle on the sets of The Crown season 8 to play herself #Megxit #MeghanMarkle pic.twitter.com/A0mtliJylA

When Harry dropped the bomb!

If #Megxit happened in Pakistan:

And we’ll never be royals 😂

Meghan and Harry are stepping down as senior royals and moving to canada. 2020 is on a roll!

What a month to start!

Very brave of Harry and Meghan to pick January as the month to go freelance.

Kate Middleton when she found out she will have to work more #HarryandMeghan pic.twitter.com/EDoiOiXyO3

Who even gives a fuck if Meghan wants start a nuclear family with prince xyz! Kashif my ATM is not working, I don't have money for Karachi Eat and I am kinda sad.

We couldve had another season of Suits if this decision had been taken earlier. #Meghan #Megxit

When you knew from the beginning that she is gonna tear your family apart #Megxit pic.twitter.com/YmoBMI4zOg

What was the reason? 😂

If Meghan can walk away from a royal title to avoid people with bad energy, shit, you can too. #MeghanMarkle

British public: weLL IF MEGHAN AND HARRY don't like beiNG IN the PUBLIC EYE they should STEP BACK

*Meghan and Harry step back*

What are your thoughts on #Megxit? Let us know in the comments below!

10 Classic Pakistani Films We Would Like to See Remade Today With These Actors!