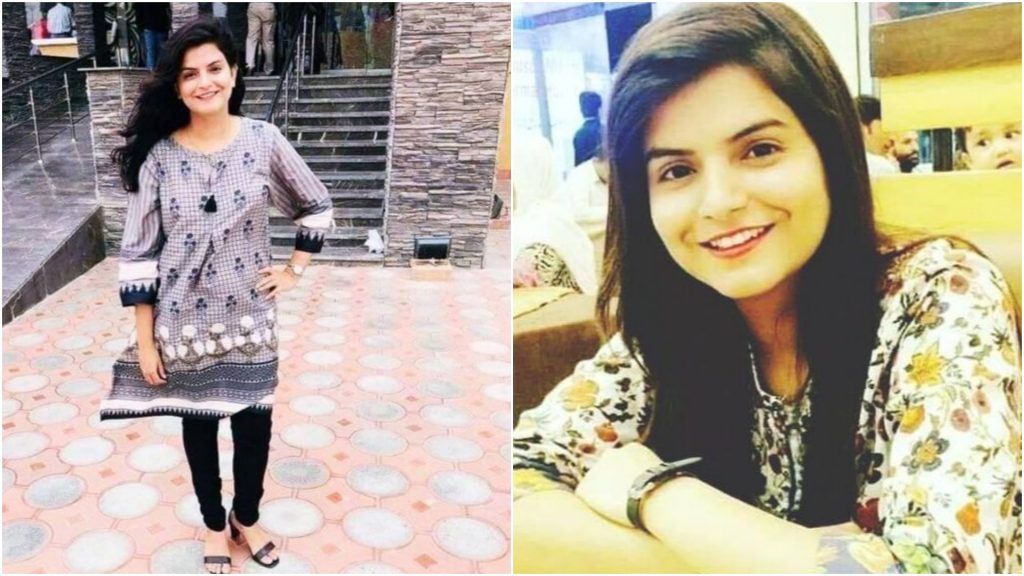 A final year BDS student from Ghotki was found dead in her hostel room, and the parents suspect it was a murder. Protests were also registered in different parts of the country demanding justice for Nimrita.

The hashtag #JusticeForNimrita has also been a top trend ever since the news of her alleged murder surfaced. Our celebrities too have come forward demanding justice for Nimrita:

Muniba Mazari tweeted out how her heart bleeds for Nimrita:

Armeena Khan too came forward to demand justice for Nimrita:

A final year medical student Nimrita Kumari is found dead in her hostel room in Chandka Medical College, Larkana. A proper investigation should be made into it to ascertain whether it is suicide or muder. Parents should allow/cooperate for post-mortem of body. pic.twitter.com/Dyad0alR8a

Veena Malik also shared how saddened she was to learn about the incident:

Extremely saddened to know about the suspicious death of young girl, Nimrita Kumari. I hope that justice serves and real culprits found ASAP. My heart beats with every Pakistani no matter what faith he/she belongs to. Rest in Peace. #JusticeForNimrita pic.twitter.com/fumVNf9sJF

Waqar Zaka urged Nimrita’s friends to come forward with any piece of information they have to help her case:

I humbly request all students , if you know the reality please post ur views or inbox #JusticeForNimrita pic.twitter.com/cjKx3kor7e

Nadia Hussain, in a collective tweet shared the outrage:

More child victim cases in Kasur, PARDA!!!!
Nimrita… PARDA, PARDA PARDA!!!! It's NOT the bloody PARDA!!!! It's the MENTALITY!!!!! #whatthefuckarewedoing #nothing #ifeelsohelpless
#######

Cricketer Shoaib Akhtar shared how upset he was:

Extremely sad & hurt sad reading about the suspicious death of young innocent girl, Nimrita Kumari.
I hope the justice is served and the real culprits are found. My heart beats with every Pakistani no matter what faith he/she belongs to. Rest in Peace. #JusticeForNimrita pic.twitter.com/2nJMmpMRp8

Journalist Nazia Memon too called for an inquiry:

Nimrita Chandani was a bright medical student, her dead body been found from her hostel room, it’s not a suicide case..her death is suspicious we demand independent enquiry about her death. #JusticeForNimrita pic.twitter.com/CGW65hbCIC

What do you think about this case? Let us know in the comments below!

Simi Raheal is a 'notty nani' we all love to love!

12 Hottest Hunks in the Industry Who Will Make You Swoon!