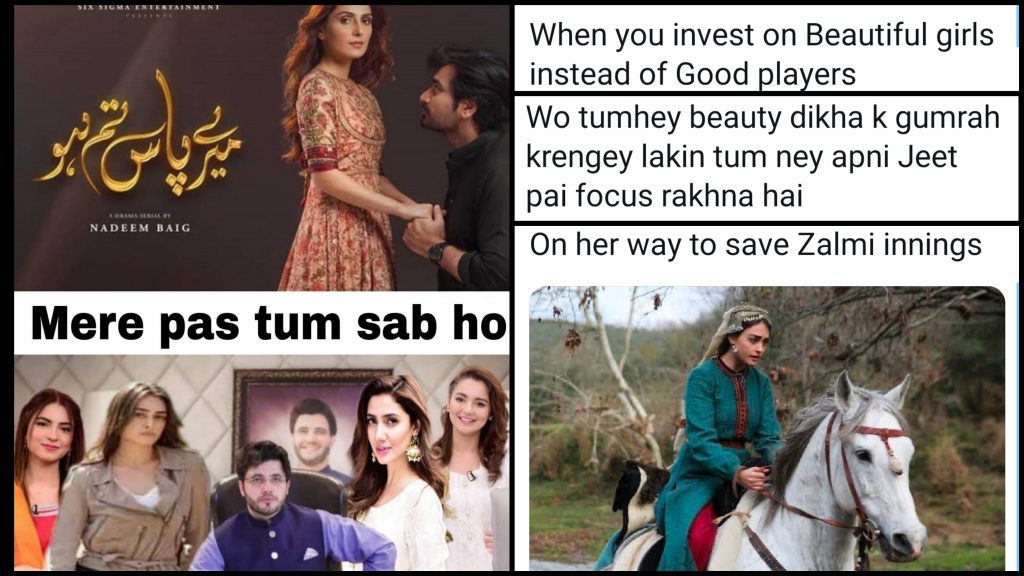 Javed Afridi, who owns Peshawar Zalmi has been the center of attention after he revealed the official ambassadors for the team and the rocking PZ anthem.

And while fans were impressed with the kit, anthem and ambassadors, they were low-key disappointed with the team itself. And after Lahore Qalandars defeated Peshawar Zalmi in the first match, people have a lot to say to the man:

People were calling him the male version of Nida Yasir:

There was a sea of taunts:

When you invest on Beautiful girls instead of Good players pic.twitter.com/imHAbgzQqE

Javed Afridi with the ambassadors of Peshawar Zalmi pic.twitter.com/OicTF7nD3e

Javed afridi rn after investing all his money on beautiful girls instead of good players😔💔 pic.twitter.com/FcmAPBjmke

"I don't need women
I am what women need"
~Lord javed afridi#Zalmi pic.twitter.com/VWghgE3hIx

When you invest on Beautiful girls instead of Good players pic.twitter.com/imHAbgzQqE

When u realize that Javed Afridi has spent all his investment on Girls nd singers in #zalmianthem not on players: pic.twitter.com/LLCsygO5rJ

Javed Afridi hired Mahira Khan, Esra Belgic Hania Ali and now an accidental celebrity Dananeer to promote #PeshawarZalmi
If he focuses more on building his team rather than catwalk models he probably will win #PSL6 this year.

Javed Afridi when he sees a pretty girl trending: pic.twitter.com/KtTSyTp1zX

Javed Afridi is the Imran Hashmi of Pakistan #HBLPSL6

What do you think about these memes? Let us know in the comments below!

Khaadi's Body Positive Campaign Is Winning The Internet & We're Here For It!

Sports Anchor Fazeela Calls Out PSL Over Posting #PawriHoraiHai But People Think There's Nothing Wrong In It!