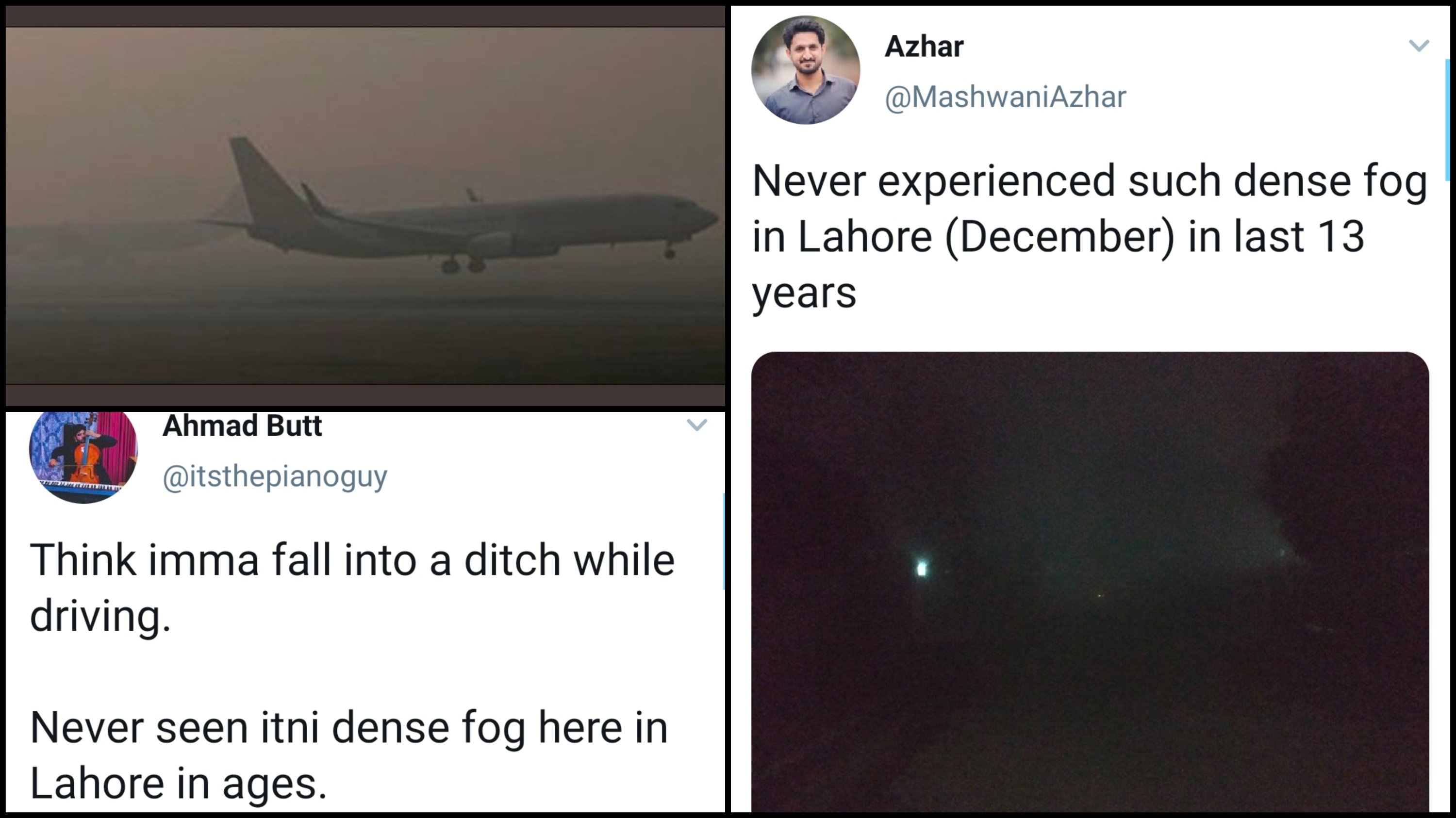 First it was smog and now it’s dense fog in Lahore, according to some the most dense they’ve seen in a decade. People were sharing footage of the fog engulfed Lahore and honestly it gave us chills!

People were sharing how they hadn’t seen fog this thick in December:

fog or smog? in Lahore you never know pic.twitter.com/yt9PJWHWKP

Straight out of a horror movie:

Think imma fall into a ditch while driving.

You can literally see fog pouring down outside like crazy in Lahore.

The man had me scared at first glance!

This is legit the first time the fog got to me psychologically.
Wtf Lahore! pic.twitter.com/wn48Uzhw45

Lahore just went dark on near Zero Visibility Fog. How the heck am I driving home now? 🤦‍♂️ #Pakistan pic.twitter.com/wvBmsNxw1P

Flights were cancelled and the motorway closed for traffic as per reports:

Is your city affected by fog? Let us know in the comments below!

Throwback to the most iconic songs in the early 2000s!

Diva 2019 Round-Up: Fashion Photographers Who Amazed Us This Year