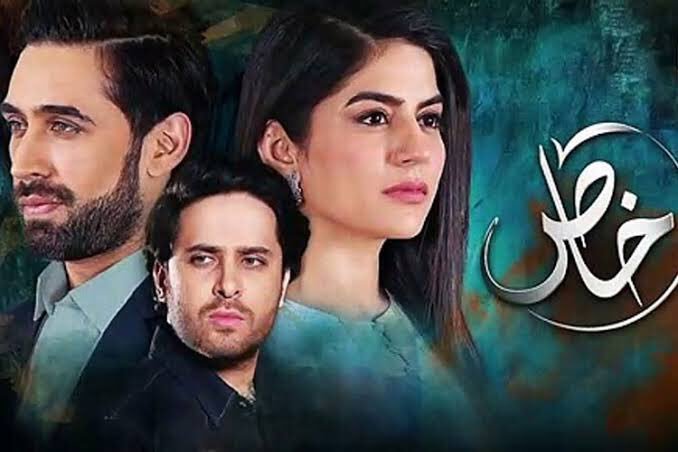 The drama serial Khaas finally bid farewell to us with a rather heart breaking ending. The drama that gathered popularity for standing out with it’s different story line for putting forward the subtle form of abuse which many women face in our society.

But people were rather disappointed with Fakhir’s death:

Pakistani directors:kill the supporting husband and then show the wife as bechari.#Khaas

People were angry with the writers:

What a shit ending to #Khaas na sar na pair. What was the point of killing Faakhir? It serves no purpose at all. Fuck you @ writers

What a disappointing end to such an amazing drama. Drama shd have end with Saba and Fakhir leading a happy life and raising their son. Amaar's mother and phopho should have realized their mistakes. Amaar's confession of some form. Too rushed confusing end. Not impactful #Khaas

No one:
Literally no one:
Not even a single soul:

Pakistani dramas: Let's kill all the supportive and loving husbands because why not? 😌#Khaas

What if they had shown that saba and fakhir raised their son to be a gentleman, who despite having lots of money and good looks respects every woman and every being equally😭😭💘#Khaas

Someone even shared how the fans were holding on to the hope it won’t be Fakhir dying:

I am watching this drama Khaas last episode with my younger sister and the hero died in a car accident. Now in the next scene they are showing heroine standing in a graveyard and my sister is praying, "Allah karay Saba k baap mara ho Fakhir ni"
😂

Bas, dil dukhaa diya #Khaas ne. I’m still not over it. @HaroonsMusic I won’t forgive you for this! First a heartbroken Sameer in Do Bol and now Faakhir!! You better get a happy ending in your next show or we are going to have words. 😑😑

No problem with a woman living alone or being happy without a man , but the idea that if a first marriage doesnt succeed everything is ruined & can never be fixed is a myth our dramas love . Had hoped for some joy , had hoped that a REAL man might be allowed on our screens #Khaas

It reminded many of Shayan and Mannat from Cheekh:

Why good men in Pakistani dramas have to die in the end? First Shayaan and now Fakhir. #Khaas #Pakistanidramas

Some argued how Fakhir shouldn’t have been in the narrative in the first place:

#khaas Why end it in such a horrible way!? If Saba was to be shown strong, then Fakhir’s character shouldn’t have been a part of the narrative at all.

If they wanted to show that women don't need men to be happy and independent them they shouldn't have brought Faakhir in the scenario as a prince and a husband and then killing him off. #Khaas

aaaand they did it. WTF!!! Can Pakistani drama writers, FOR ONCE, not screw things up and let the characters and THE VIEWERS be happy? #Khaas

Some were just not ready:

Good men are not myths!

1 thing that was shown accurately was that a person won’t change no matter what but WHY kill Fakhir? Ammar faced enough rejections and life lessons needed to make him regret and wrap up the show. Why is a good man such a myth that he HAS to die instead of it being a norm? #Khaas

To cheer fans up, Haroon Shahid had a message of his own for the audience:

Woh Jo Thaa Bohat Hee #Khaas And that's a wrap for Phakhir.
Support and love empowers regardless of whom it comes from. May everyone who is suffering from emotional abuse find their support system. THE END pic.twitter.com/gWE4UZszcm

* thinks of the last episode and cries *

Some were left confused:

confused
Paki dramas teaching us if u’re insaan ka bacha and tameez ka mard, then theres no way you’ll survive in our society.
Also, a woman doesnt need anyone by her side and can always be independent (at the cost of some emotional/mental trauma)
What even? 🤨#khaas #cheekh

Some were actually sad for investing their time in the drama:

Why did they have to fuck every good drama? What the hell was that ending #Khaas so damn disappointed. Serves me right for investing so much time and interest in a Pakistani drama.

#khaas
So disappointed!!!! I invested so many hours and emotions in this drama but the last episode ruined everything. It's like the drama was literally rushed to end. They made their money so decided to end it. Hmmm sad!!!

And while some were angry, others loved the ending:

A woman can be happy and independant even without a man to rely on. She can be KHAAS herself. – Loved the drama and a bit sad at the ending, but it’s okay, cuz the lesson was everything.🥺🖤 @HaroonsMusic @SanamBalochz #Khaas

The message was loud and clear:

#Khaas ended today and it was a very thought provoking drama. Being beautiful or not is not in our hands. Kudos to all involved for bringing such sensitive issue in notice because most of the people lack considering self respect of others as an issue itself.

People thought it was important for Fakhir to die:

Best ending, the writer did justice to the story that was built that a woman can be broken by awful men and then a good man can bring back her confidence and in the end she didn’t need anyone else but belief in her own abilities. Loved the drama. Kudos to the writer #khaas

Saba and Fakhir deserved to be happy at the end:

Even though the ending did guve out a splendid lesson that woman can be independent without having a male it still disappoints as Saba had faced misery and a loving husband would’ve been good than living alone. Not a good end😔 #Khaas

Despite the heartache, people were happy that Saba didn’t return to Ammar:

Also the message about how to raise boys🙌👌

I am glad that Saba didn't return to Ammar though because if she did that would've been worse. #Khaas

No matter how handsome you are, you have 6-figure salery, luxurious life style and apparently great family. If you are a narcissistic man full of shit then you don't deserve a good woman not at least a good wife. Let your poor mother/sister, phuphi be your only saviour.#Khaas

Men will always be men:

Whats with men… First they mess up in relationships and then they realize how wrong they were…. and then expect the woman to get over all that they did and come back to them….as if nothing happened #Khaas

People were living for the lesson:

Lesson they wanted to convey is: a bad man should never be even your last option instead prefer living without a toxic man. #Khaas https://t.co/x91JWKUfAt

The ending lines of the drama were loved by many:

What do you think about the drama’s ending? Let us know in the comments below!