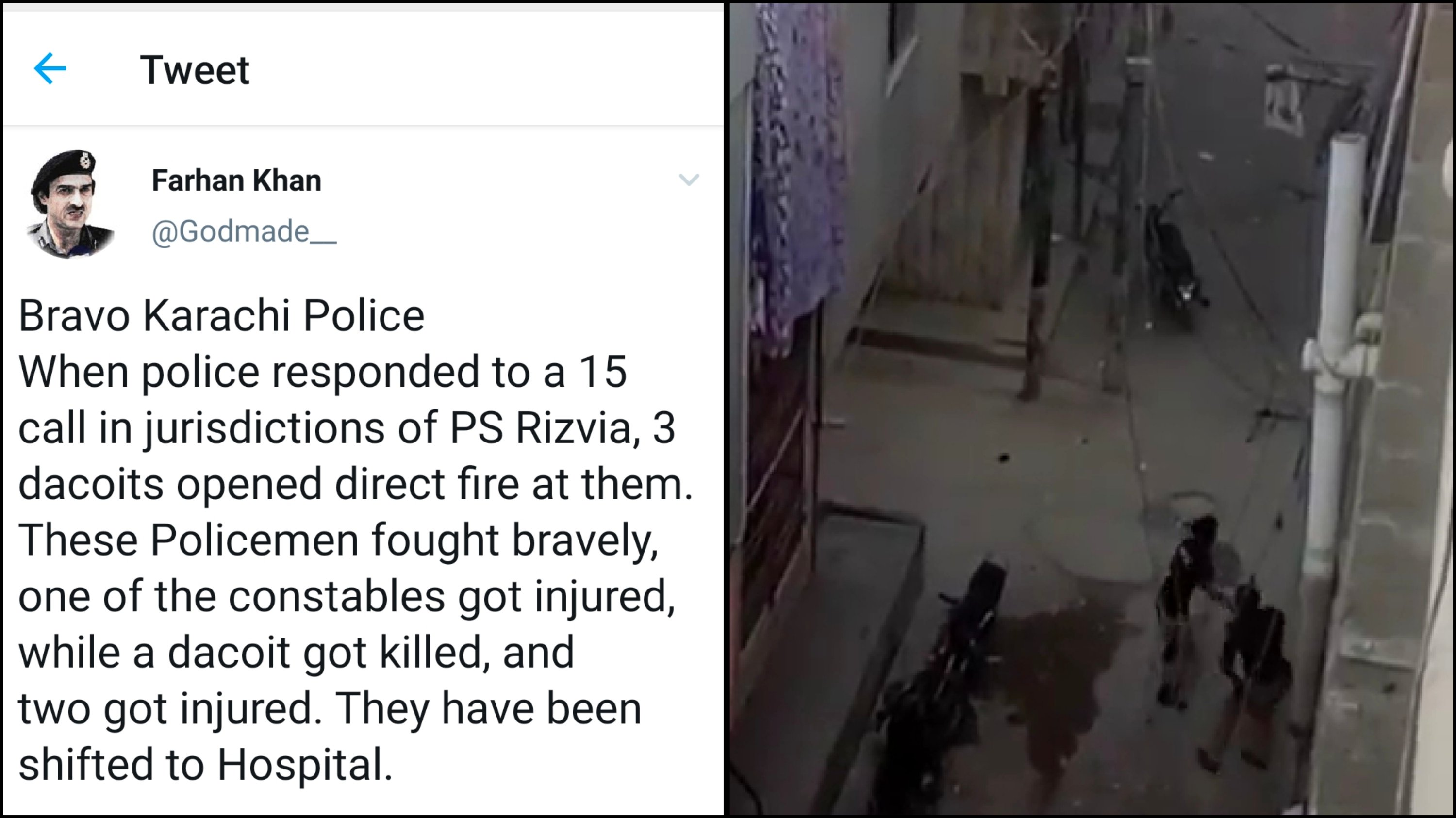 You often hear not-so-inoressive things about the performance of the local police, however, the tables have turned today after the police came to rescue people from dacoits and put up a great show of bravery!

Bravo Karachi Police
When police responded to a 15 call in jurisdictions of PS Rizvia, 3 dacoits opened direct fire at them. These Policemen fought bravely, one of the constables got injured, while a dacoit got killed, and two got injured. They have been shifted to Hospital. pic.twitter.com/xS0Xw4UzFw

The video shows the policemen put up a brave fight with the dacoits who also shot one of the constables in the leg:

We were just watching the video on news channels and discussed about the police official who was probably hit in his thigh. Great job and respect for the wounded hero! 👍

Less on budget, high on morale. Salute to your wardi

Many were killed moved how these brave men put their lives on line:

No first aid equipment, no knee protection, no body armour, yet these lions stood their ground risking their lives. Salute.

The faith of many was restored:

This incident reflects high professional resolute. Again it is reiterated through this incident that police is our savior and due to wrong deeds of some, the entire department cannot be labeled dishonest, unprofessional and corrupt.

They deserve the appreciation for sure:

People were also sending prayers to the wounded officer:

ABSOLUTE RESPECT FEE ALL THESE MEN WHO STOOD TENACIOUSLY IN THE LINE OF FIRE N DID THEIR DUTY…..PURE RESPECTS. May Allah bless the wounded obe a speedy n completely recovery…. 👍👍👍👍👍👍

Sons of the country gathered respects of many:

Salute to their bravery

And while they were being lauded, others were worried about the lack of safety gear:

No bulley proof vests, no helmets, poor training. Cruel n unfair to put these constables in line of fire.

I appreciate their bravery & courage but they lack proper basic gear which was essential in execution such kind of exercise, particularly bulletproof jackets & helmets, it's life saving & fundamental y essential. High ups need to look at it.

What do you think about this brave act? Let us know in the comments below!

This man from Quetta is all the motivation you need to start working out!

Diva Jukebox: Top 10 Pakistani Songs From the 90s That We Still Aren't Over!