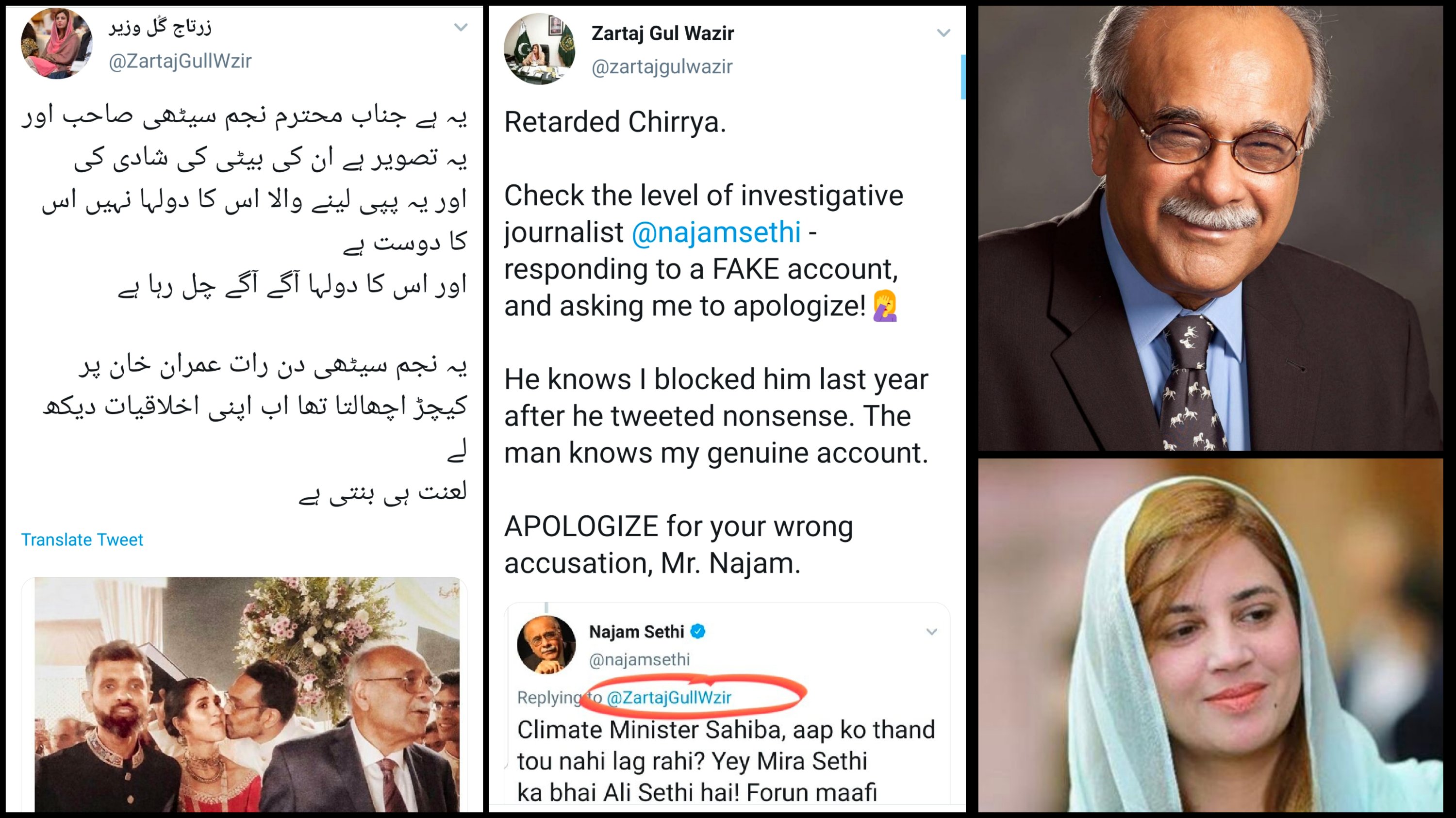 With social media being at the tip of your fingers, it’s very easy to create a fake account and start tweeting nonsense. Someone with a fake account of Zartaj Gul Wazir, tweeted out a picture of Mira Sethi from her wedding where her brother Ali Sethi was kissing her on the cheek:

The tweet was an attack of Mira and Najam Sethi. And people, who also thought this was a legit account, came to defend Mira:

This is Ali Sethi, Meera’s brother

Kindly delete. The guy is his brother. And seek Allah’s forgiveness for this tweet

Najam Sethi too thought this was Zartaj’s real account:

Check the level of investigative journalist @najamsethi – responding to a FAKE account, and asking me to apologize!🤦‍♀️

He knows I blocked him last year after he tweeted nonsense. The man knows my genuine account.

Zartaj further continued to tweet that she doesn’t care about him or his daughter and whatever goes on in their life:

I don't even know or care who your daughter is, Mr. Najam and what's happening in her life. But it is clear..aap ki Chirrya k dimaagh ko thandd lag gayee hai!

Either apologise or stop calling yourself an investigative journalist. Better even, now retire and spare others a laugh.

Zartaj also demanded that Najam Sethi apologizes for wrongly accusing her and the internet was going crazy over the drama!

Some wanted her to do something about fake accounts:

Why don’t you report your fake accounts for impersonation? And make strict laws and policies to prevent this?

Many wanted her to actually do something rather than being on her phone:

No offence minister sahiba but how about cracking on with some work like working on renewable energy resources, air pollution initiatives. There’s plenty to do rather than wasting time on your phone getting involved in a tit for tat spat with someone. Ministers need to deliver!

People were quoting Najam Sethi on replying to a fake account:

People had all sorts of things to say:

Just look at the replies at the bottom and see mentality of mix achar party . And also see how much this najam is affected by fake tweet, while attacking private life of Imran Khan any day . These sacred cows 🐄 https://t.co/kiAC970lo9

Many were finding his reply savage:

Did you apologise to PM , after fake news about his family. As you’re barking at a fake account mr fakey https://t.co/kiAC970lo9

15 Things we've all done at school that this generation won’t relate to!

Jet-Setter Fashion: PIA Uniforms Through the Years That Defined Style in the Sky!