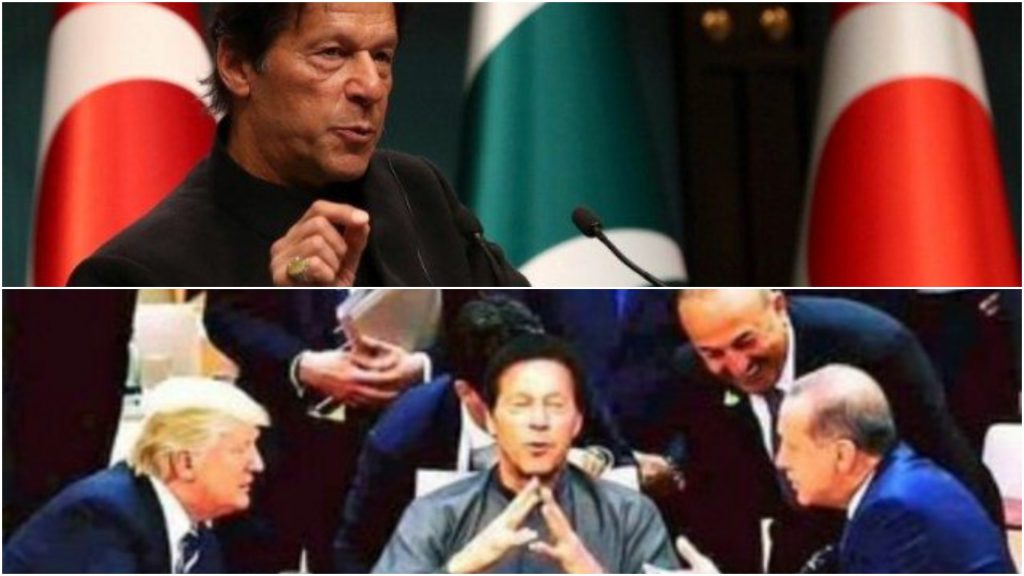 When it comes to Imran Khan, his wisdom, vision, eloquence and charisma speaks for itself. The Prime Minister is busy attending the 74th United Nations General Assembly and his stance on Pakistan has moved many making the top trends exclusively about him: 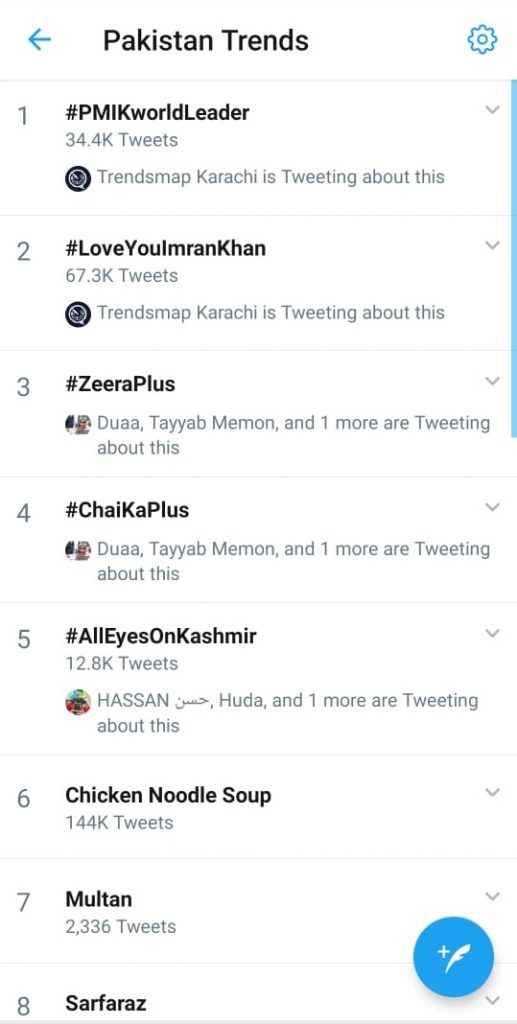 He’s met with quite a lot of people at the UNGA and has made bold statements regarding the country and the pressing issue of Kashmir. British publication, The Independent, says that after a year of Imran Khan being the PM, Pakistan is finally stepping into its role as a world player: 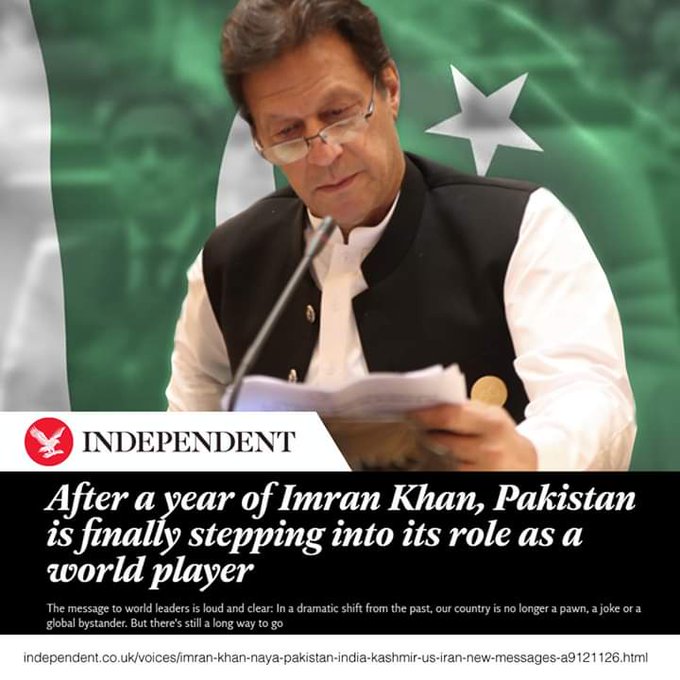 Imran Khan is also the most googled person after Donald Trump as revealed by Google Trends, with Narendra Modi at number 5:

Here are the most searched #UNGA leaders pic.twitter.com/yPSwCxqnLF

PM Imran Khan met with the President of the United States, Donald Trump:

US President Donald Trump has once again offered to mediate on the issue of Kashmir with the consent of both Pakistan & India leaders. Addressing a news conference along with PM Imran Khan, he said he enjoys good relations with the leadership of both countries. pic.twitter.com/RlqGOUZIX3

Meeting with the Turkish President Recep Tayyip Erdoğan, Pakistan is also expecting a visit from him very soon: 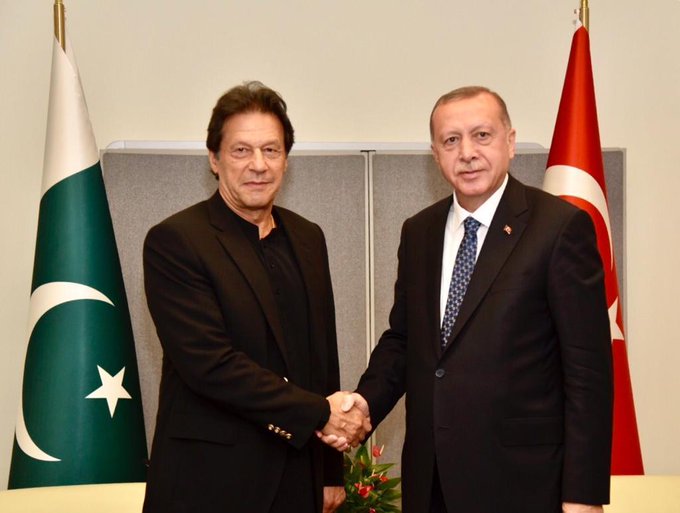 Turkish President Recep Tayyip Erdoğan is expected to arrive in Pakistan on an official visit next month. During the visit, Erdogan will meet with PM Imran Khan and he would formally make investment related announcement during the visit. 🇹🇷 🇵🇰#AllEyesOnKashmir#LoveYouImranKhan pic.twitter.com/nO7k6uLZ40 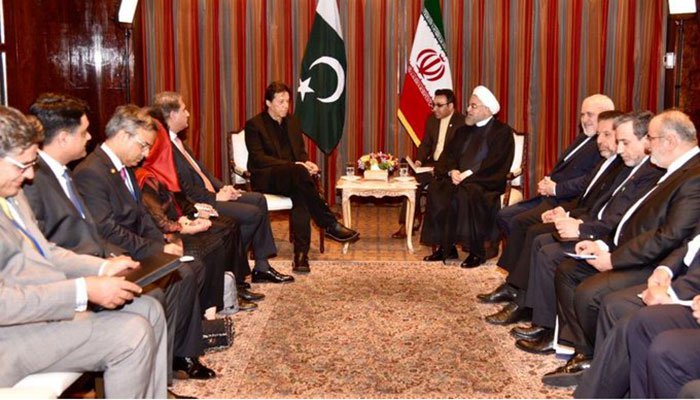 Foreign Minister of the Russian Federation Mr. Sergei Lavrov called on Prime Minister Imran Khan on the sidelines of the 74th Session of the UNGA.#UNGA #PMIKWorldLeader pic.twitter.com/dxe54biwrW

Imran Khan also met with Bill Gates and Melinda Gates in NewYork who signed a Memorandum of Understanding in support of the Ehsaas initiative to alleviate poverty in Pakistan.:

The PM also met with the Prime Minister Erna Solberg of Norway:

The Prime Minister of Pakistan and Norway expressed satisfaction at the current trajectory of bilateral relations.
PM Imran Khan noted that a vibrant Pakistani diaspora in Norway played an important role in strengthening friendship between the two countries. #PMIKinUSA #UNGA pic.twitter.com/mhuRWJBRrb

He also met with Mahathir Muhammad, the Prime Minister of Malaysia on the sidelines of the 74th UNGA session in New York:

Prime Minister Imran Khan meets Prime Minister of Malaysia Mahathir Muhammad on the sidelines of UNGA session in New York.
Malaysia has called for abiding by the relevant UNSC resolutions on Kashmir towards the maintenance of international peace and security.#UNGA #PMIKInUSA pic.twitter.com/VKo7Ag76HV

Prime Minister Imran Khan meets Prime Minister UK Boris Johnson on the sidelines of 74th UNGA Session at New York today. PM Khan is apprising all world leaders about the #Kashmir issue and creating consensus on how the world can act to stop ethnic cleansing in Kashmir by Modi. pic.twitter.com/aRtesIN1Cy

The Prime Minister also met with Jacinda Ardern, the PM of New Zealand:

Pakistan, Turkey and Malaysia held a trilateral meeting in New York where Prime Minister Imran Khan, President Erdogan and Prime Minister Mahathir Muhammad were present and have decided to start an English channel, which would address the challenges posed by “Islamophobia”:

Pakistan and Turkey also held a round table conference to counter hate speech against Muslims globally at the United Nations Headquarters:

Imran Khan’s stance on Islamophobia won the hearts of many:

What an amazing representation of Islam by @ImranKhanPTI! Islam has absolutely nothing to do with terrorism. Islam is about love and peace. The @UN & world leaders must pay clear attention to this! #IslamConveys #PMIKworldLeader pic.twitter.com/gHZAroURhx

A delegation of George Soros Foundation also called on Prime Minister Imran Khan and expressed their wish to work in improving quality of education through various projects in Pakistan: 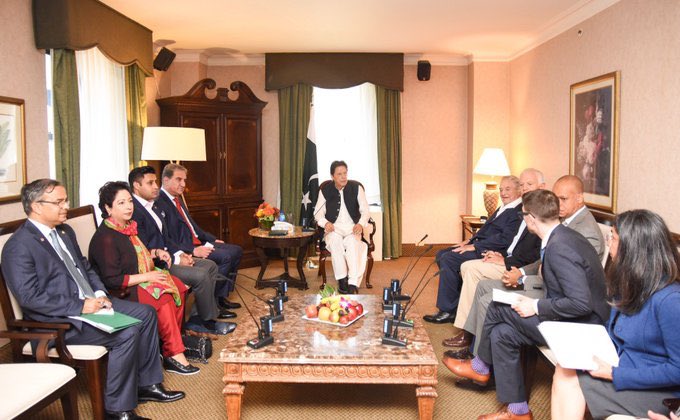 PM Khan is all set to address the UN General Assembly session today in New York. His speech will focus on the humanitarian crisis in Kashmir.

Cricket comes home: the country celebrates as Pakistan hosts it's first international ODI after a decade against Sri Lanka.