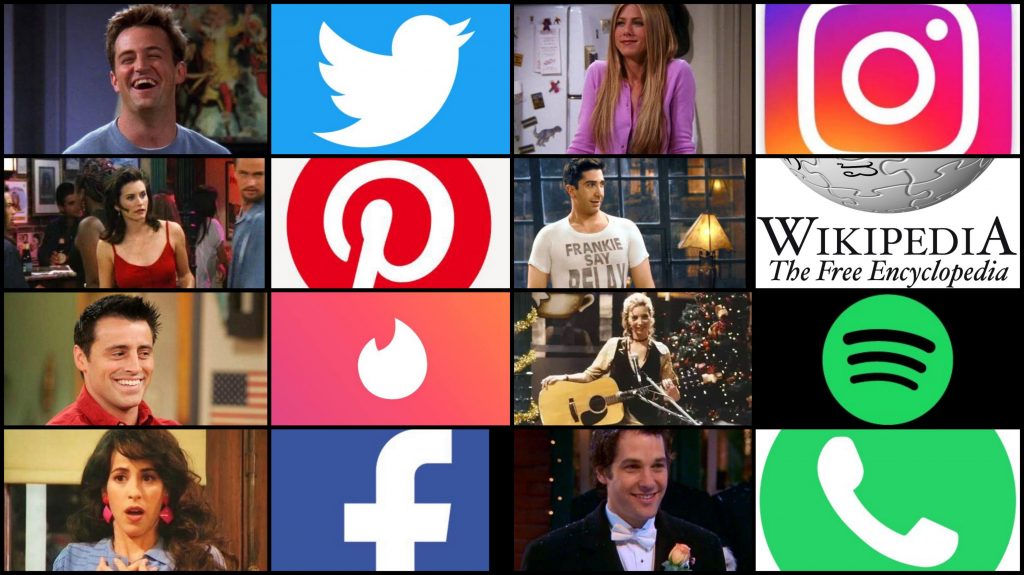 We might have stumbled on the best thread that Twitter has ever seen, and yes it involves the iconic series F.R.I.E.N.D.S.

Before 90’s kids had all these cool, new-age apps, we had characters from F.R.I.E.N.D.S who did exactly what most of these apps do now and its spot on!

a thread of Friends characters as apps ~ pic.twitter.com/jk2SRe3EmC

No one defines Twitter as accurately as Chandler because he has a remark for everything and only he can make the most of those 140 characters by showcasing the epitome of sarcasm!

Rachel is honestly the best representation of Instagram, between the crazy filters to the constant selfies of girls with pouty lips, posing with their friends before a night out, she’d be a fashion blogger with thousands of followers!

Being the ‘mom’ of the group, Pinterest is the literal representation of Monica! Like Pinterest, Monica has a solution for everything that you could ever hope to make.

Ross is outdated but informed in most ways, so why would his social media personality be any different? From dinosaurs to Unagi, Ross knows it all!

Joey and Tinder — one might say that the two are a “match” made in Heaven. Joey is infamous for his one-night stands and hook-ups, much like the app.

Phoebe can’t keep her immense talent restricted to Central Park, we bet her Smelly Cat would be a top hit on Spotify!

If there’s one app that defines Maggie, it’s Facebook and we all know why!

Our very own coffee shop guy gets an entire app to himself!

Well, because all of may you think he’s not that important but then it’s the other way around, no?

And people were loving the apt-ness of the thread!

Favorite thread yettt and so accurate!!!

We can’t help but be surprised at how accurate the thread has been! What other characters would you like to add as apps? Do it in the comments below!

Saba Qamar Is The Queen Of Savage & The Internet Agrees!

A picture of these guys spelling ‘love’ has everyone questioning!