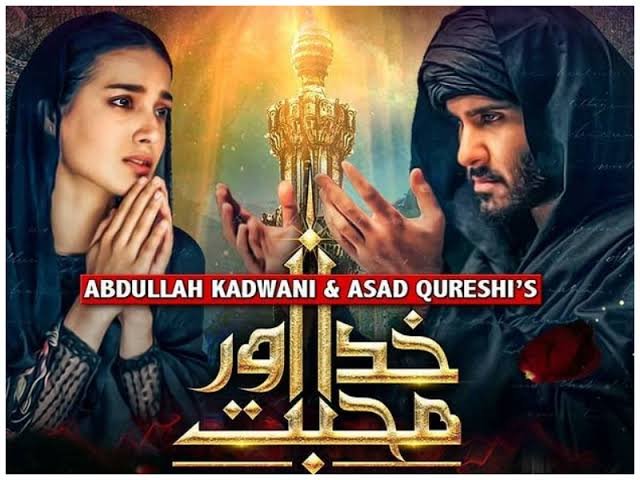 Ever since the release of it’s first teaser on 1st January 2021 and just 3 episodes in, Khuda Aur Mohabbat 3 has been the talk of the town breaking one record after another by setting a new benchmark every Friday!

ITS GOT FANS ALL OVER THE WORLD! 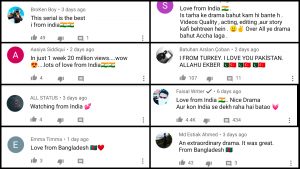 Not only is the drama loved by Pakistanis, but it also has regular fans from India, Bangladesh and even Turkey, now that’s definitely a big feat!

I connected to this conversation between Farhad & Nisar in episode 2 of #KhudaAurMohabbat3. Sometimes we are just made for different paths & find ourselves failing, trying to meet expectations. Trying to enjoy this ride before it takes off on its intense path. #PakistaniDramas pic.twitter.com/chWwPT1wqK

So deep! I repeat -so deep✨
This dialogue ….is a answer of so many questions!#KhudaAurMohabbat3 pic.twitter.com/Oq2spiZveG

Believe it or not but every episode the drama airs leaves people with a dialogue they remember and love!

IT TRENDS ALL WEEK!

.@ferozekhaan give some space to content creators on trending page 😂💞#KhudaAurMohabbat3

Yep, the drama is so immensely popular that the episode airs on Friday and trends the whole week until it’s next episode airs and not just on Youtube, but all social media platforms!

PEOPLE ARE IN AWE OF THE CAST!

With a cast so stellar and chemistry between Iqra and Feroze so sizzling, it’s impossible not to fall in love with the drama!

Another tweet just for the cinematography!!! 🔥🔥🔥🔥
They have nailed it once again with this episode and it's become mandatory for me to tweet about it!!! 🙌🙌🙌🙌#KhudaAurMohabbat3 #KAM3 pic.twitter.com/QBrMmJSppt

Damn it! Multan! Sareiki! Shah Rukn e Aalam! 😭😭😭 a wave of nostalgia! Like I can’t deal for the first time Multan has come in a drama like thiss! ❤️#KhudaAurMohabbat3

The cinematography, the shots, the beautiful cities, it’s a dream to watch!

THE OST IS IN A LEAGUE OF ITS OWN!

I'm in love with this Ost😍 #KhudaAurMohabbat3 ..This song is complete feeling of incomplete love😩💔

Apart from the intense plot that’s unfolding, the OST is a clear winner!

ITS A GAME CHANGER!

Absolutely Beautiful.#KhudaAurMohabbat3 has officially BROKEN RECORDS OF ANY PAKISTANI DRAMA.

WTF 20 MILLION VIEWS ON 52 MINUTES LONG EPISODE
This is insane !! Feroze wasn't lying when he said its a game changer 😳🥺#KhudaAurMohabbat3

Making records and breaking them itself only Khuda aur Mohabbat 3 can do it!

Are you watching Khuda Aur Mohabbat 3? Let us know in the comments below!

1 Year To Corona: People Are Sharing What They Were Doing When The First Case Was Confirmed!