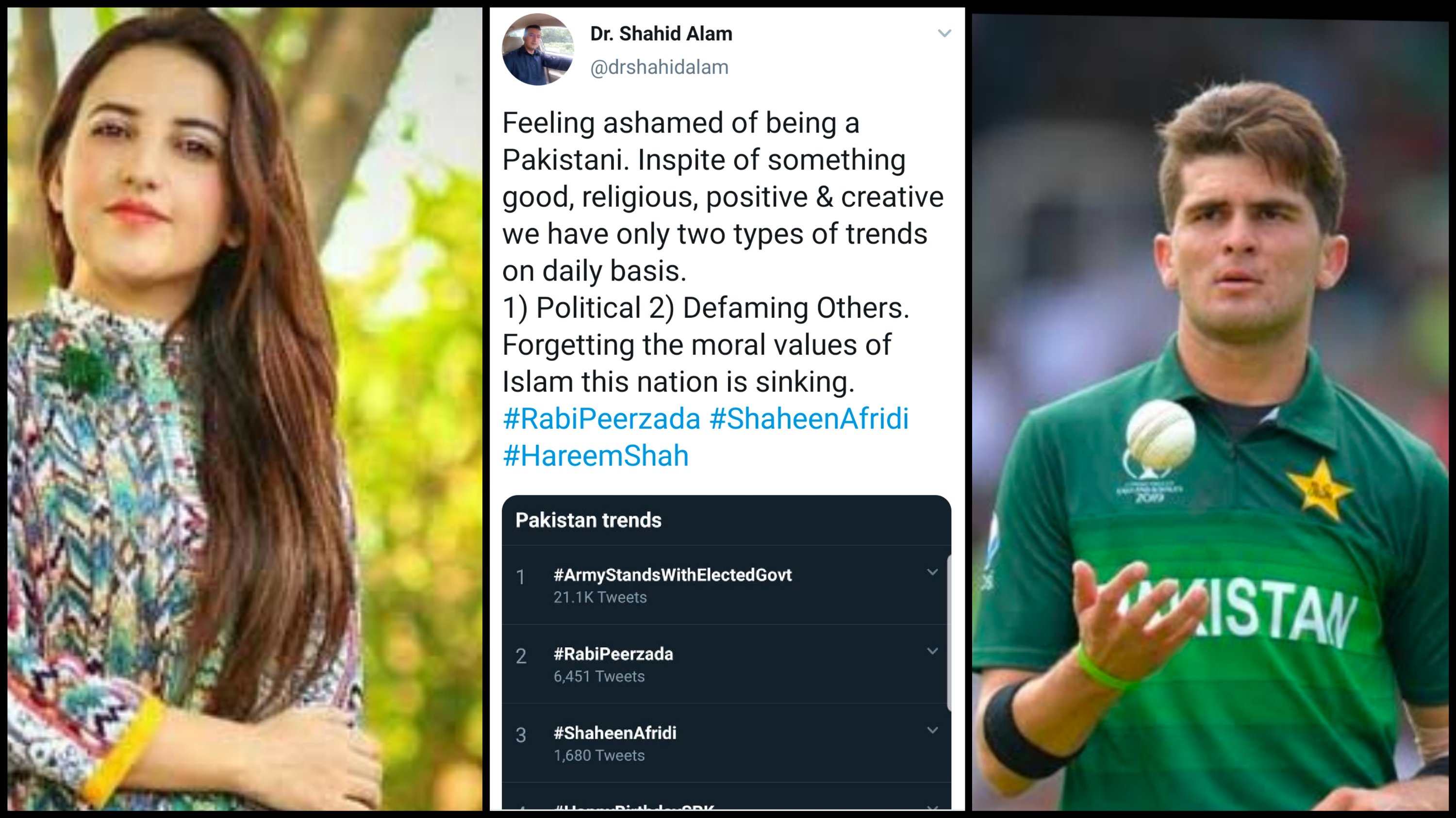 We’ve had a rough week on Twitter lately, from the Fortuner on Islamabad Highway to Rabi Pirzada and now Shaheen Afridi and Hareem Shah.

Someone on Twitter claiming to be Hareem Shah, a popular tik tok star, tweeted out that they were going to expose a cricketer for inappropriate behaviour on video call, and while the tweet did get a lot of attention people just didn’t think that the account would actually post the video. The account which has now been suspended, posted a video of the cricketer Shaheen Afridi flashing his privates: 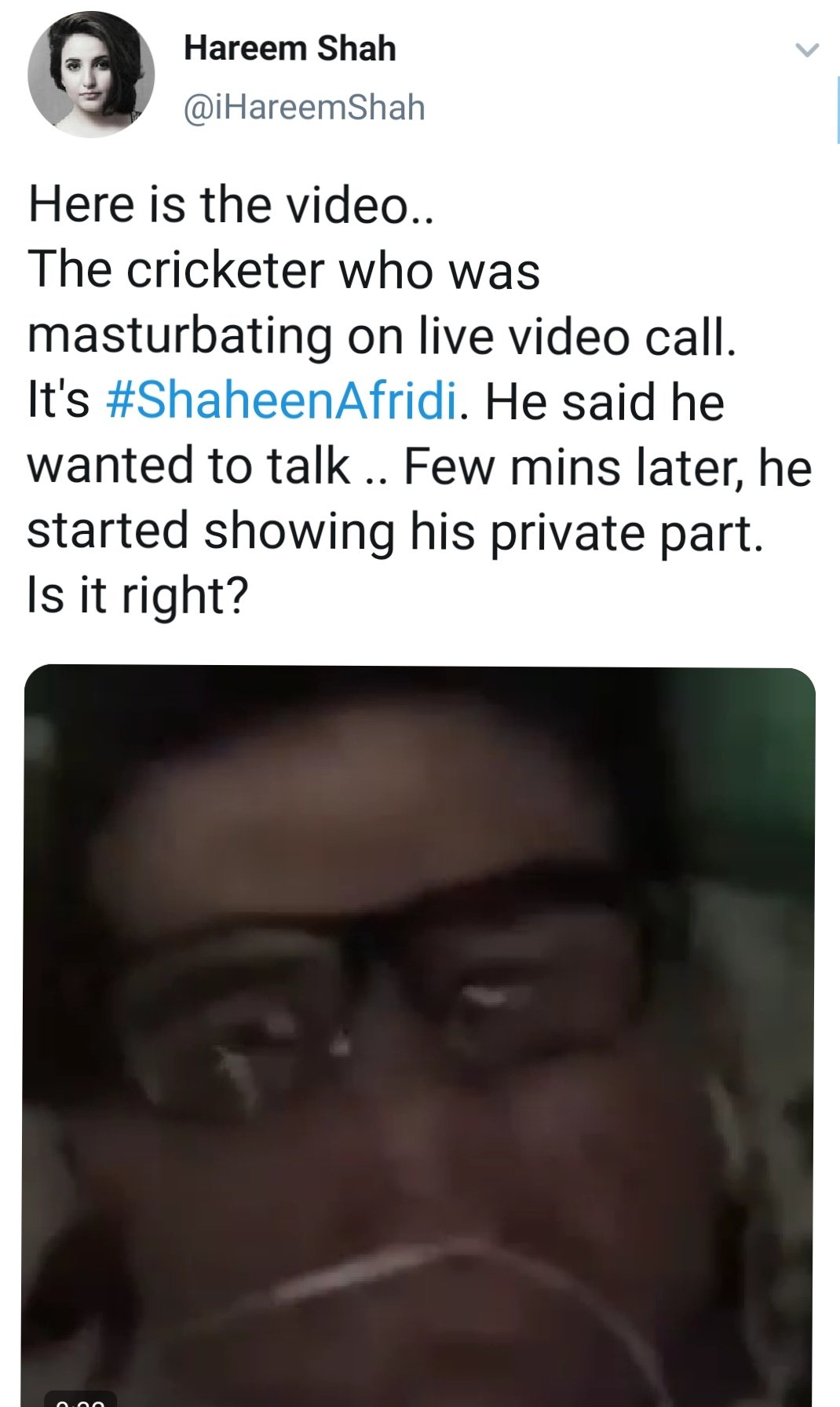 And within no time, the hashtags #ShaheenAfridi and #HareemShah were trending on Twitter: 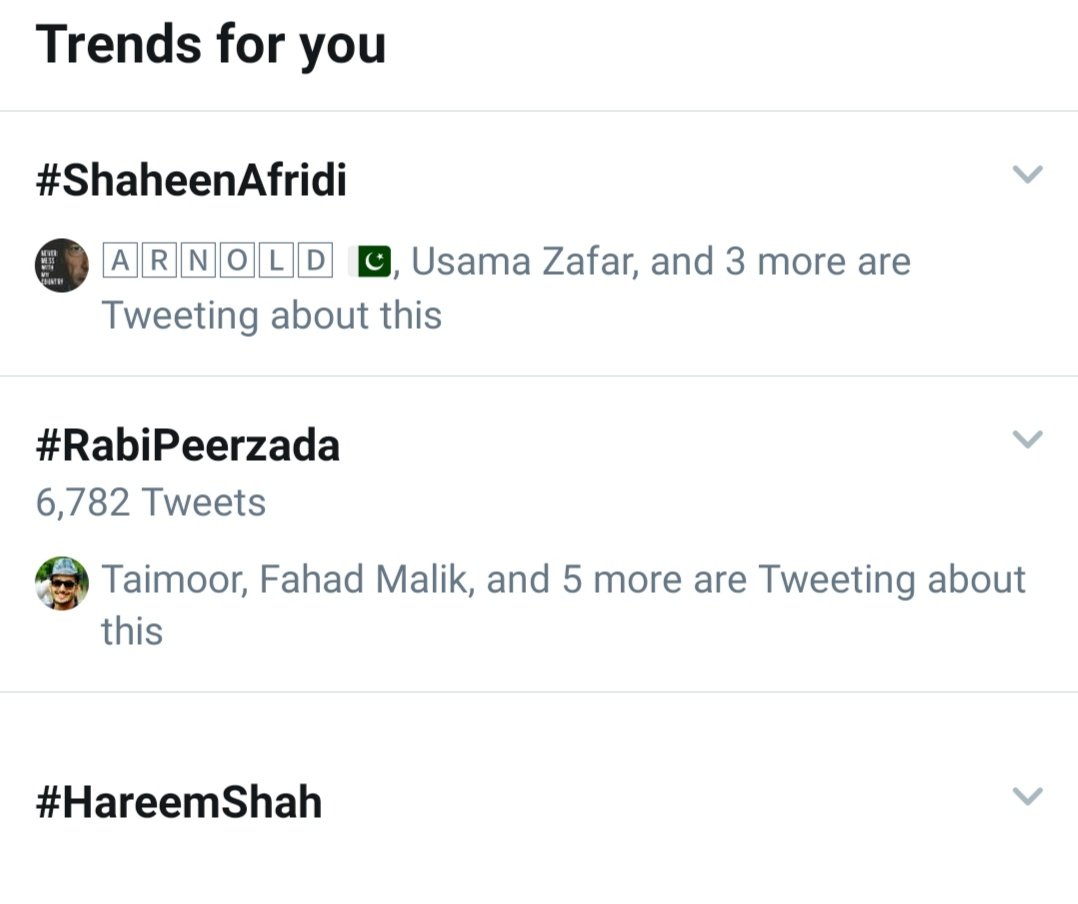 But here’s where it gets interesting, in a video Hareem Shah and her fellow tiktok star Sandal Khattak confirmed that they do not use Twitter or Facebook and that the accounts on both the platforms are fake!

Even the account of #HareemShah is also fake, she had confirmed that she's only on @tiktok_us & @instagram all other accounts are fake..
It's fake video @iHareemShah don't have any account in @Twitter .#shaheenafridi stay Strong ! pic.twitter.com/Tb6DxyBu0U

Which left the internet confused and in despair!

What the hell is wrong with this nation?

I'm extremely disgusted after knowing about both these scandals. Where are we going?#ShaheenAfridi#RabiPeerzada

People were curious why the audio was muted:

It was time to leave the planet for many:

Some did a little digging on their own:

Warning,,,
The account which resently posted #shaheenafridi 's leaked video, isn't running by #HareemShah and any other girl, it's run by some one else named Qari Sana-ullah, who has 3-4 accounts on Twitter.#RabiPeerzada pic.twitter.com/VAllL0E6bl

Many gave advice on how men and women should trust no one:

Today is a day of learning for all.

1) Girls should never share anything indecent with boys. Never trust anyone. Today, it's #RabiPirzada,tomorrow it can be you.

2) Boys should never show their private parts on video. Today, it's #ShaheenAfridi, tomorrow it can be you.Shame👎 pic.twitter.com/aBUxpkuvIr

Some came forward to remind people how posting inappropriate content online is a crime:

For those ppl who are sharing this kind of videos on social media. Exposing someone online is also a crime under the act of FBI cybercrime for more details visit their site. #ShaheenAfridi #RabiPirzada pic.twitter.com/I36OE2xZ14

Sounds apt at the amount of people being exposed:

Many wanted the people exposing others to be held accountable:

Those girls or boys should be arrested who leak video in the name of harassment/So called harassment.
We all know what recently happened to #RabiPeerzada, #ShaheenAfridi and #ImamUlHaq.

Some were convinced that both Hareem and Shaheen were equally responsible:

If the video of #ShaheenAfridi ain't fake then #HareemShah is equally involved. No one can start such things without any approval/signal. She must have given him green signal. Her character is open now & everyone can tell from where she earns that much money.

Some thought this was a defamation campaign against Shaheen Afridi:

Some thought the guy wasn’t Shaheen Afridi at all:

And while many were having a kick out of other people’s miseries, there were a few who were ashamed:

Feeling ashamed of being a Pakistani. Inspite of something good, religious, positive & creative we have only two types of trends on daily basis.
1) Political 2) Defaming Others.
Forgetting the moral values of Islam this nation is sinking.#RabiPeerzada #ShaheenAfridi #HareemShah pic.twitter.com/huBVZKbLls

Everyone needs to act responsibly:

And to add to the drama, came Waqar Zaka, who also claims to have a video of a cricketer being inappropriate on video:

You think #ShaheenAfridi leaked video is a big news ? Think again & it’s not @ImamUlHaq12 , a contestant showed a player who is over Shareef in ur eyes but on webcam hmmmm, video will be at https://t.co/FgFaZAVf7D on Monday -7PM pic.twitter.com/4JeBTp4zVc

What do you think about this confusing situation? Let us know in the comments below!

Khalil ur Rehman Qamar gave the most bizarre interview ever and the internet is furious!

These Self-Transformations by Makeup Extraordinaire Shoaib Khan Will Blow Your Mind!