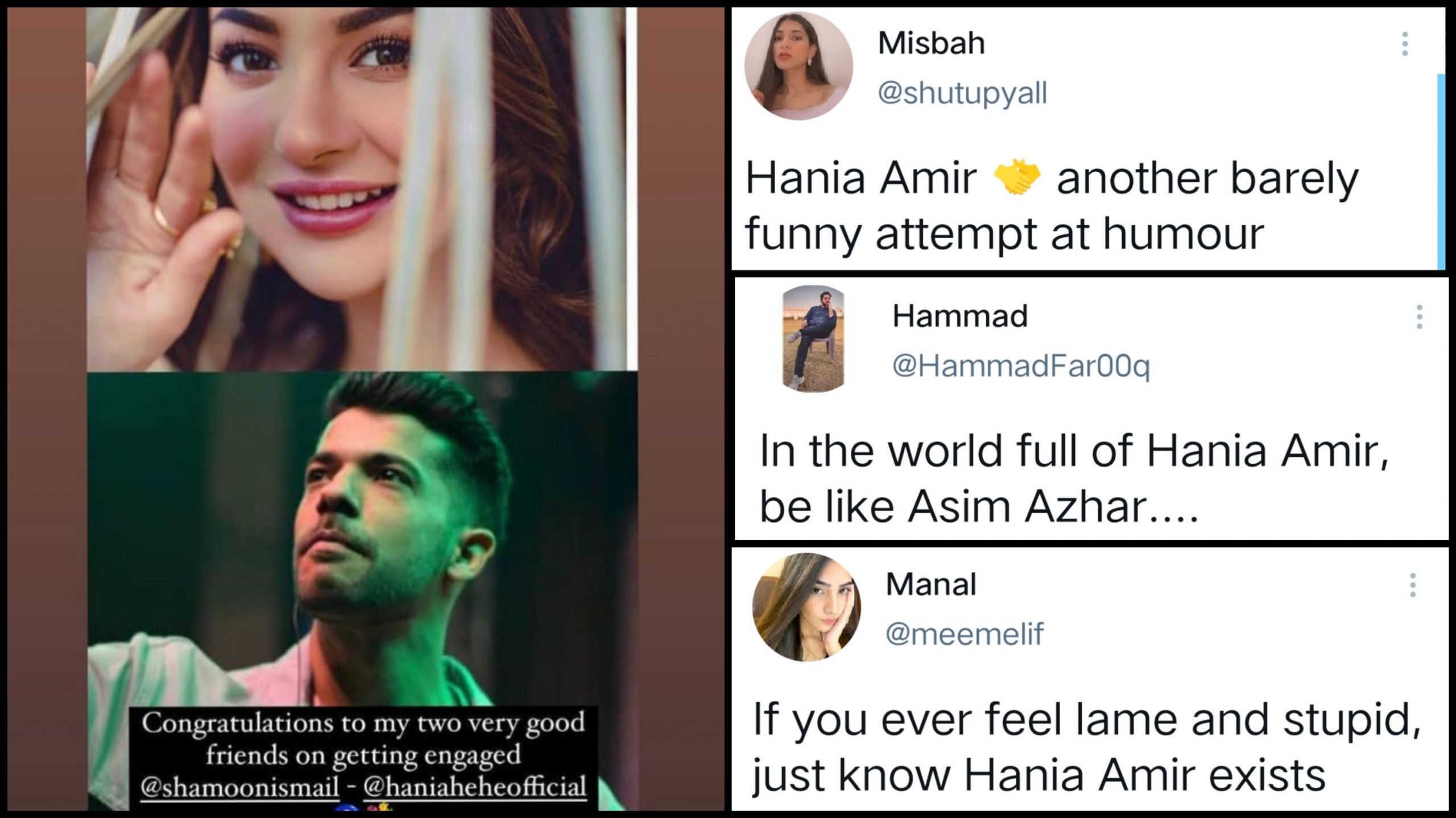 Hania Aamir, in an attempt to fool her fans, posted a mysterious photo to her stories which seemed like an engagement announcement. 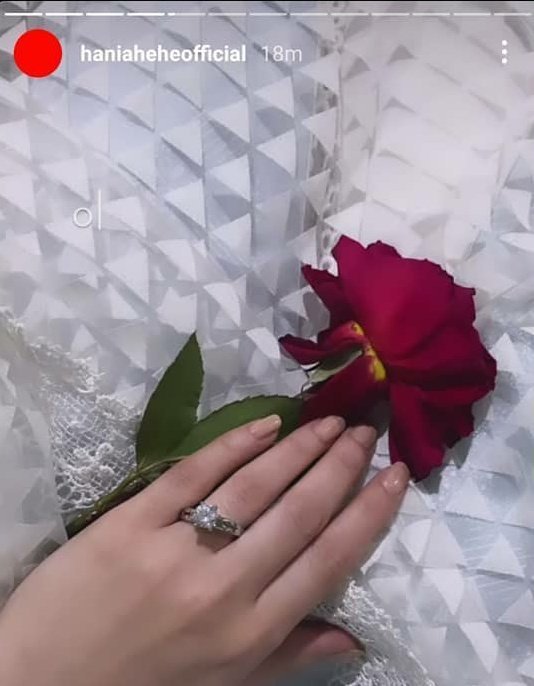 Her friends too played along and congratulated her revealing that she was engaged to musician Shamoon Ismail: 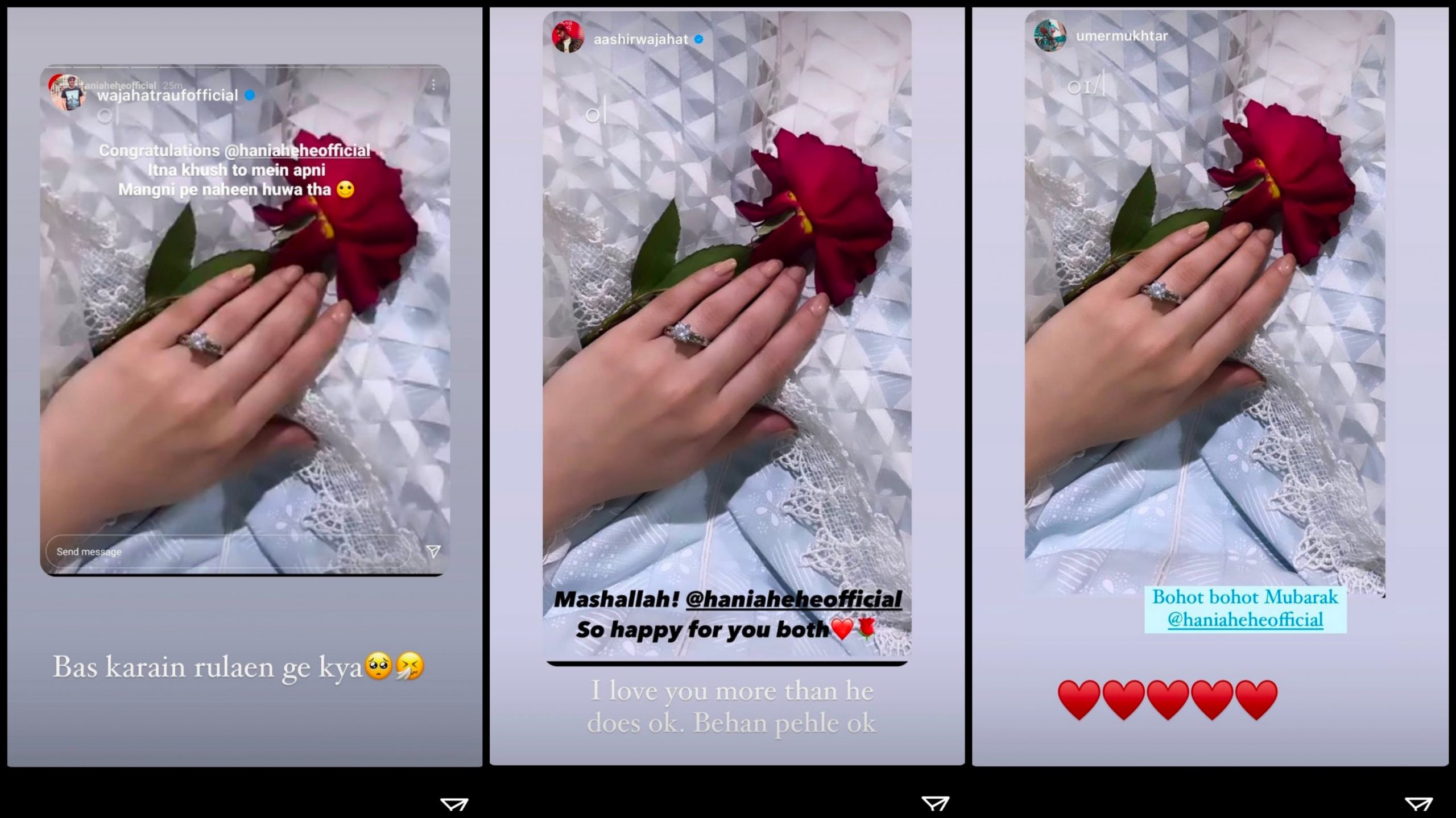 But it seems as if she’d underestimated her fans because literally no one was buying it except a handful!

Fans tweeted out their reactions:

People found her prank to be very obvious:

Is it just me or Hania Amir's April Fools story is very very obvious? 😭😭😭 pic.twitter.com/xMf0fSWivf

People were calling it one of the worst pranks they’d ever seen:

People were quick to call her an attention seeker:

Hania Amir – If word 'Attention seeker' had a face 😑 pic.twitter.com/FKN13HcbtT

when will hania amir grow out of her 'acting dumb because you think it's cute' phase. we've all been through it sis but it's getting dragged way too long now

People wanted her to ‘grow up:’

Everyone who knew it was too obvious : pic.twitter.com/0F0SAc3F6z

People thought that her agency was running out of ideas to keep her relevant:

hania amir, iqra aziz, yasir hussain all are managed by the same PR agency and that agency is seriously running out of ideas now 🤷🏻‍♂️

And while people were calling her out, her fans quickly came to defend her:

If you don't like Hania Aamir, just don't see her posts. How hard is that? She won't stop doing what she does because Iftikhar from Gujranwala doesn't approve of it. You can only control what you allow into your life and not other people's actions.

Grow up, peeps. Uska account, uski life, uske dost, uske prank and the most important one: USKI MARZI!
Let her be! 🤧#HaniaAamir

i genuinely genuinely wanna know why did it affect y'all SO much? i mean i get that was barely funny, not even a haha, not even a chuckle worthy but what exactly made y'all so pissed? #HaniaAamir

What did you think of Hania’s prank? And do you think the backlash she’s getting is justified? Let us know in the comments below!