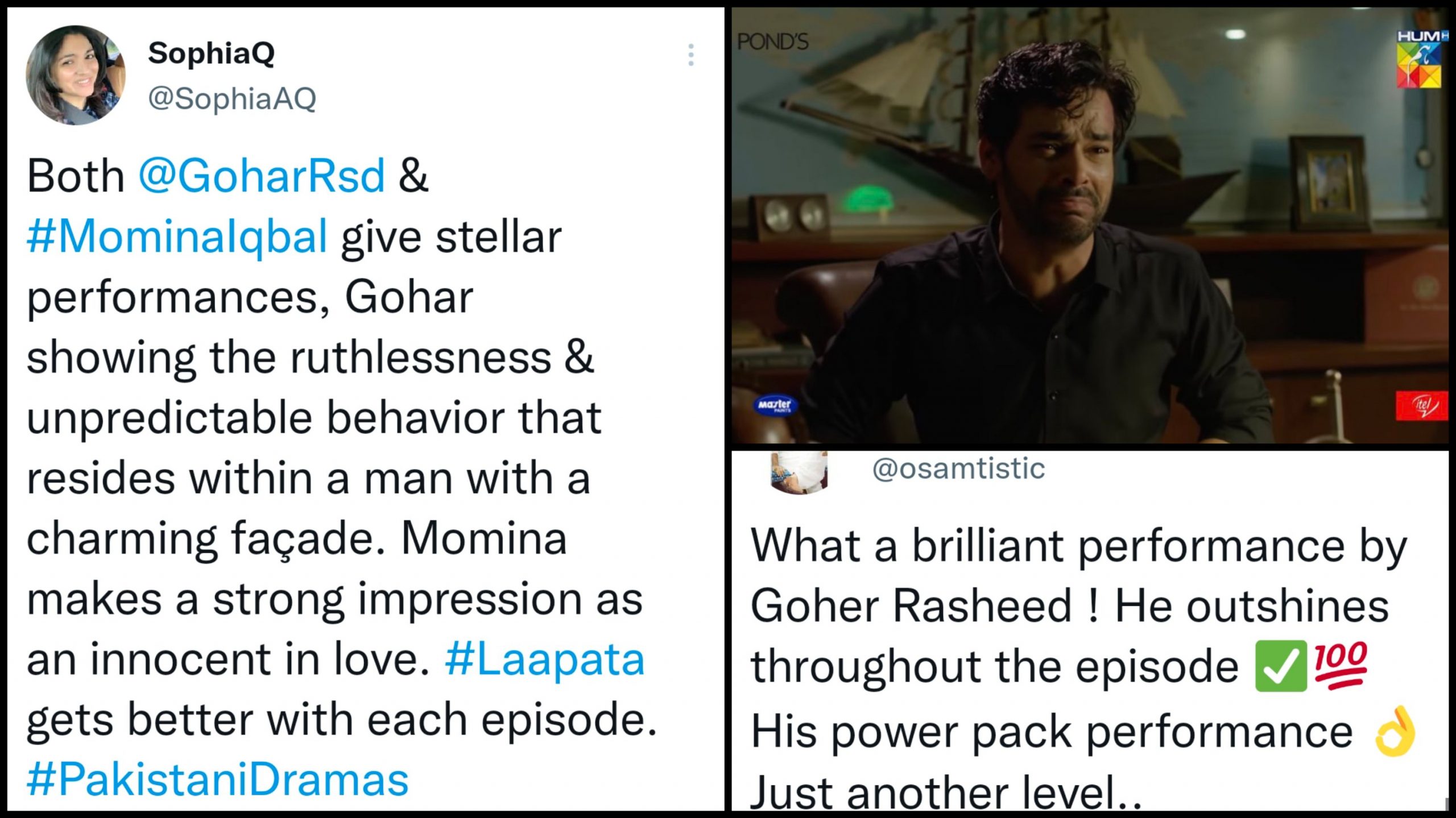 Things took a turn in Laapata when the audience found out about Daniyal’s dark past.

Having murdered his first wife and her brother believing the fact that she was cheating on him to deciding to be or not to be, Gohar was a treat to watch on screen!

And drama buffs are in awe!

Both @GoharRsd & #MominaIqbal give stellar performances, Gohar showing the ruthlessness & unpredictable behavior that resides within a man with a charming façade. Momina makes a strong impression as an innocent in love. #Laapata gets better with each episode. #PakistaniDramas pic.twitter.com/2Rn7pBknm3

What a brilliant performance by Goher Rasheed ! He outshines throughout the episode ✅💯
His power pack performance 👌
Just another level..#laapata #GoherRasheed

People could relate to his internal monologue on a personal level:

And it’s totally worth watching!

His acting gave goosebumps to the audience:

I got goosebumps yesterday gohar Rasheed acting he nailed it #Laapata

No one could have done it better than him:

Maybe she was trying to process the situation:

#Laapata Why the heck did Falak not take the first flight to Karachi- you just found out your husband is a psycho and killer and you are at his maids house and you want to visit HIS friends ?!? Are you dumb 🤦🏻‍♀️🤦🏻‍♀️

Are you keeping up with Laapata? Let us know in the comments below!

Karachi Gangsters Have A Heart: People Have Stories To Prove!