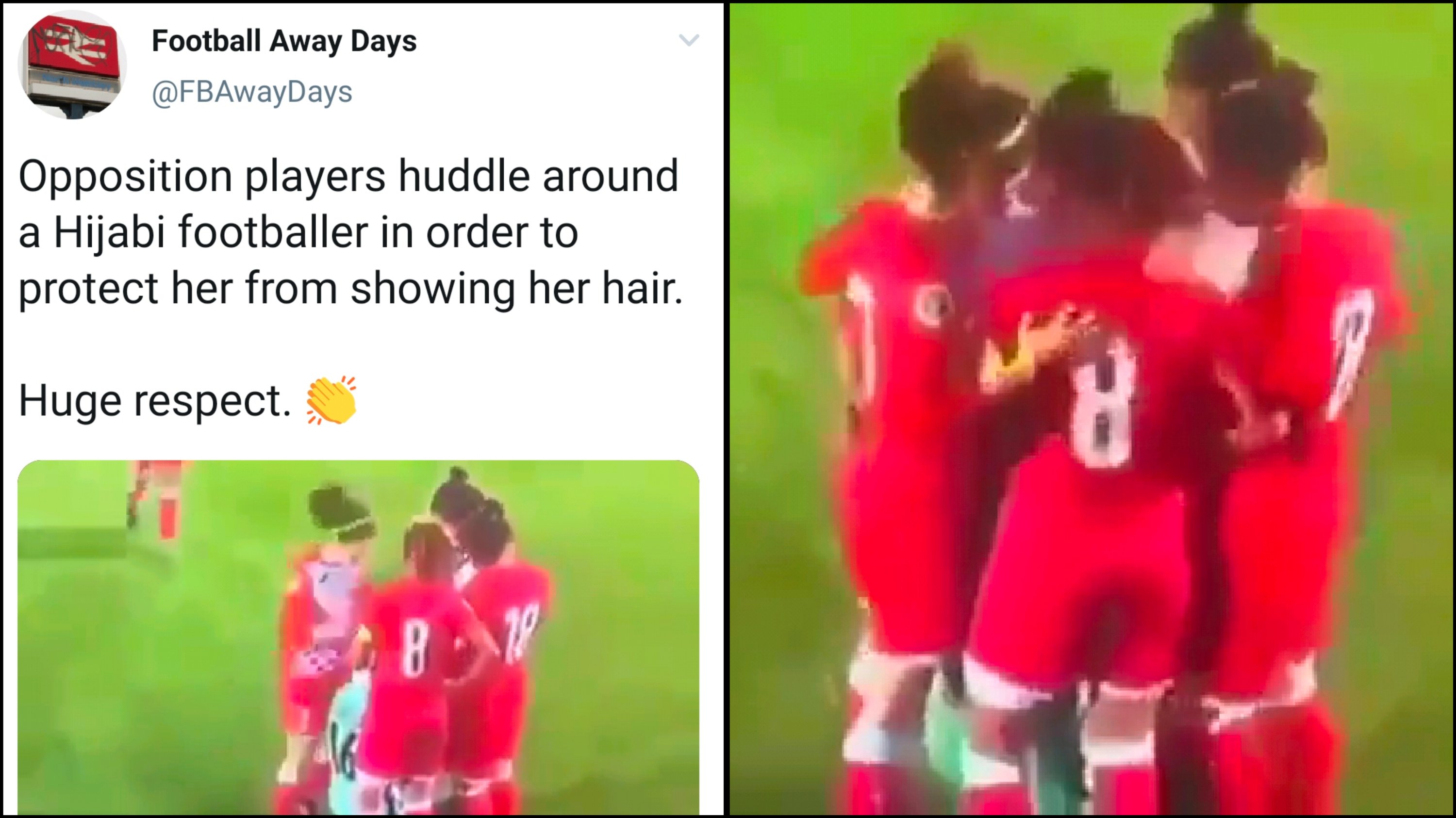 In a World where Islamophobia is at its peak, you don’t see supportive people everyday, but today you will! In a football game, a hijabi player’s hijab was on the verge of coming off, revealing her hair in front of the audience but the girls from the opposing team came to her rescue and huddled around her as she fixed it:

Opposition players huddle around a Hijabi footballer in order to protect her from showing her hair.

This heartwarming gesture was shared on Twitter and has gone viral since then. People are lauding the girls for respecting her hijab:

@AnnaForFlorida beautiful moment in football, something positive for a crazy day

Sisterhood is both beautiful and powerful

It's her culture and fair play to those who actually ran over to cover not just those immediately around her.

You may not fully agree with the culture behind it, but the players actions are first class

Who run the world? Girls!

World should be given to women for a reboot. This is epic🏆

People were moved by the gesture:

People were sending their respects to the girls:

Agreed, and respect for tweeting it.

Even people from across the border were living for the gesture:

@Jakenhoyle class that. Some things are bigger than sport. From a Vishnu Hinduism supporter.

Just helping a sister out:

I love how the red team just calmly step into place, no hesitation.

And there was applause for their kindness.

People also stood up for the hijabi football player who was getting hate for wearing hijab:

Anyone laughing at this is straight on stupid. It’s her culture and well done to the other players for helping her

And while people were busy mocking her, many came to her defence:

Some, despite having their reservations about hijab, was all praise for the girls:

not sure what to take from this. I applaud the opponent for respecting the woman's culture but am struck by how absurd that culture is

Best thing I have seen on Twitter today x

People were appalled at the notion of covering up, but were given great explanations:

Nothing bad it will happen if a girl accidently let’s a nipple slip. However, if someone covered her, she would feel appreciative. This is less stakes but it’s the same logic. To her, her hair is modesty and she wants it covered up.

People were all about unity and diversity:

#Respect 🙏. That's football is all about. Football is about all about unity of diversity of this world. Female players have great class.

And while there were a few questions raised,

So how many times does this happen in game? Cause it's gonna put a lot of stoppage time on?

They were answered aptly:

Less than the amount of time other players spend rolling around pretending injury.

What do you think about this sweet gesture? Let us know in the comments below!

5 Reasons Why We Love Our Only Hunzai Model Misbah Mumtaz!