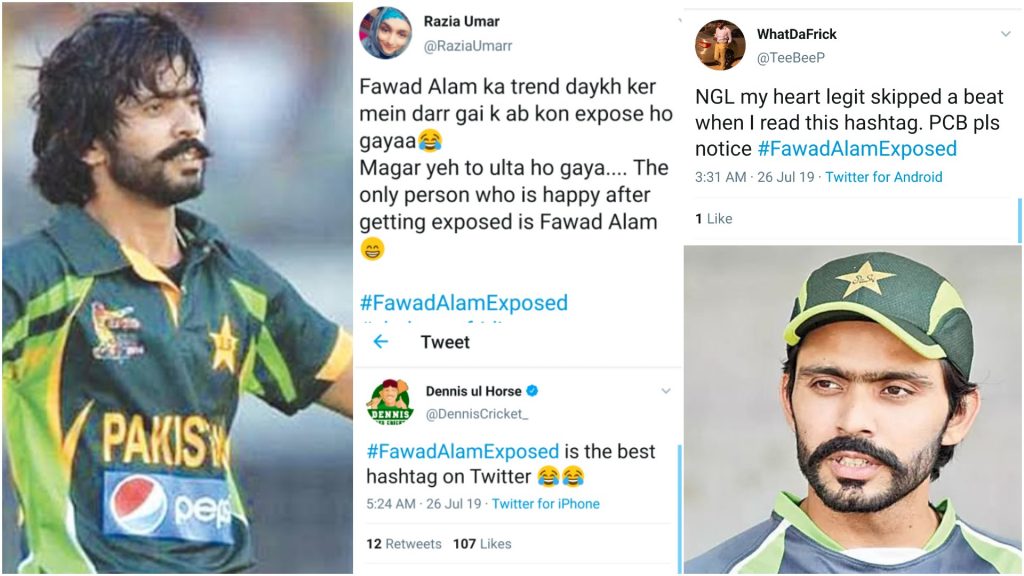 Last couple of weeks have been absolutely ground breaking. From Ukhano to Mohsin Abbas Haider to Imam ul Haq, the revelations have had the internet shook! And amidst this exposing trend, people at twitter came out with the hashtag #FawadAlamExposed 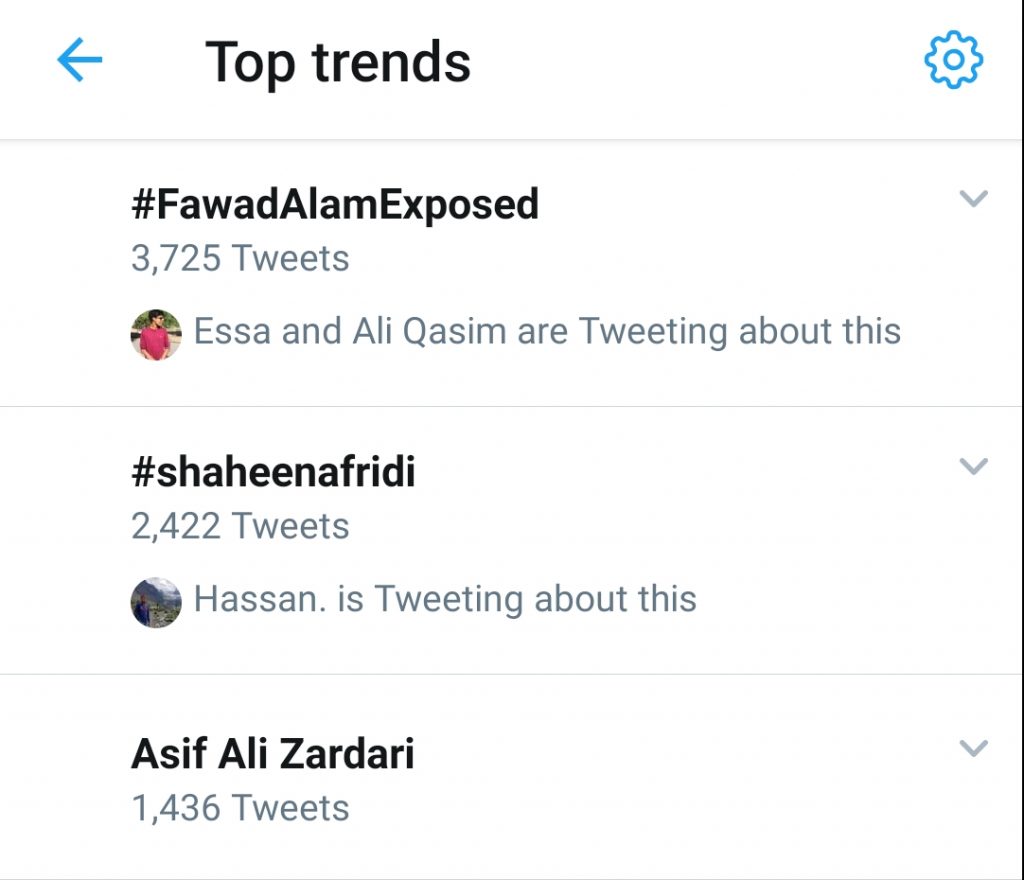 The first time we saw the hashtag trending, our hearts did skip a beat but when we explored the hashtag we were relieved! The hashtag has been all about exposing the greatness of Fawad Alam on the pitch. People have been questioning PCB’s decision for not selecting Fawad Alam in the team:

Its sad that this nation has become a graveyard of merit. The highest average first class player is still struggling to find his place in the team. #FawadAlamExposed

I was shocked after seeing #FawadAlamExposed trend on top.

But there was BIG surprise after opening the hashtag.

This is it PCB! Cricket is a game of sport but the tables have been turned, the time has come to expose Fawad Alam!

Yes i want to expose Fawad Alam for his brilliant performance as a batsman in Pakistan Cricket Team, yet not being selected by PCB#FawadAlamExposed pic.twitter.com/aEhREszX5T

It is the time to expose Fawad Alam for his performance…. PCB must take notice now!!!! Look at this leaked pic#FawadAlamExposed pic.twitter.com/c0oVFEUzz6

I had a mini heart attack until I went through the tweets, I officially hate the word “exposed” now. #FawadAlamExposed

Achievements were exposed, one after another!

✔ First Class Average of Over 55

Times up for you too Mr. Fawad Alam!

Now we will raise voice against what PCB did with your career, and they must answer it..#FawadAlamExposed

Personal data was leaked, his twitter bio for instance 😂

Fawad Alam’s twitter bio says “a cricketer who dreams to play for his country” but it’s so heartbreaking how talent here has no worth. He’s one of our best players, it always has been so unfair to him still he remains silent. I wish he gets what he deserves #FawadAlamExposed

People were exposing his talents:

@iamfawadalam25 is performing with bat since so long but no one bets an eye. So we decided to use the POWER OF WORD EXPOSE because people of Pakistan loves star plus type things.#FawadAlamExposed for scoring 10k runs and still waiting for a chance.

Fawad Alam is one of the best cricketer but he hasn't been playing international cricket for a few years now. Pakistan selection committee ignores the best talent which is why we are lagging behind. Pickup the pace! #FawadAlamExposed pic.twitter.com/PPYn5BzglY

In the year 2009, Fawad became the first Pakistani cricketer to score an overseas Test century on debut versus Sri Lanka but is PCB giving the best cricketers any chance?
NO ❌#FawadAlamExposed pic.twitter.com/dEEIMJK73n

"FAWAD AlAM" the name of consistency, his batting Average is 55+ in first class. He also perform very well in international level for Pakistan but unfortunately He has got dropped from the Pakistani squad and has got very limited chances to prove his talent..#FawadAlamExposed pic.twitter.com/1qF4hRPuO1

Fawad Alam – He scored 10,172 runs in First Class Cricket thus far. It is surprising that Fawad Alam couldn't get a place in any category of PCB Central Contract.#FawadAlamExposed pic.twitter.com/VofBavGMxx

He can bat, he can bowl, he can field. He has proved in the international arena with his cricket stats but yet he is ignored#FawadAlamExposed

People were wanting Fawad Alam on the team:

You know what real Talent is?

When the public starts chanting Bring Back Fawad Alam, yes he is out of our national team just not because he is a quality batsman but he is also a backbone of this Pakistan Cricket. Imam Parchi should be replaced with Fawad Alam. #FawadAlamExposed pic.twitter.com/pNtWK7yX3T

The angry cricket guy made an appearance:

Tips on stamina were shared 👀

He eats healthy meals to gain stamina 😉 and on fields his performance is too good#FawadAlamExposed pic.twitter.com/sxAkvtuVUj

People were just as shocked to see the hashtag trending:

NGL my heart legit skipped a beat when I read this hashtag. PCB pls notice #FawadAlamExposed

Nearly had a heart attack when I saw #FawadAlamExposed

When i first saw #FawadAlamExposed i thought yeh bhi aisa nikla… but after looking at some tweets i realized it for a good cause…. @TheRealPCB plz plz plz give him at least a chance… #FawadAlamExposed #ImamUlHaqExposed #shaheenafridi #PCB

The cat is us!

Many agreed to using social media platforms for this cause:

This is something we should use our Social Media platforms for!#FawadAlamExposed https://t.co/fEdvydLnUe

And while many were loving the trend, some thought it’s a bad way to promote him:

This trend #FawadAlamExposed is such a bad way of supporting him. It doesnt look nice. Shallow minded people are thinking that maybe Fawad was also caught fooling around with girls or something…

What do you think about this unusual trend? Let us know in the comments below!

Marvi Shabbir allegedly treated inhumanely by designer Zainab Salman and people are not having it!

The dark side: Model Zara Abid & stylist Tabesh Khoja ask people to be fair with unfair