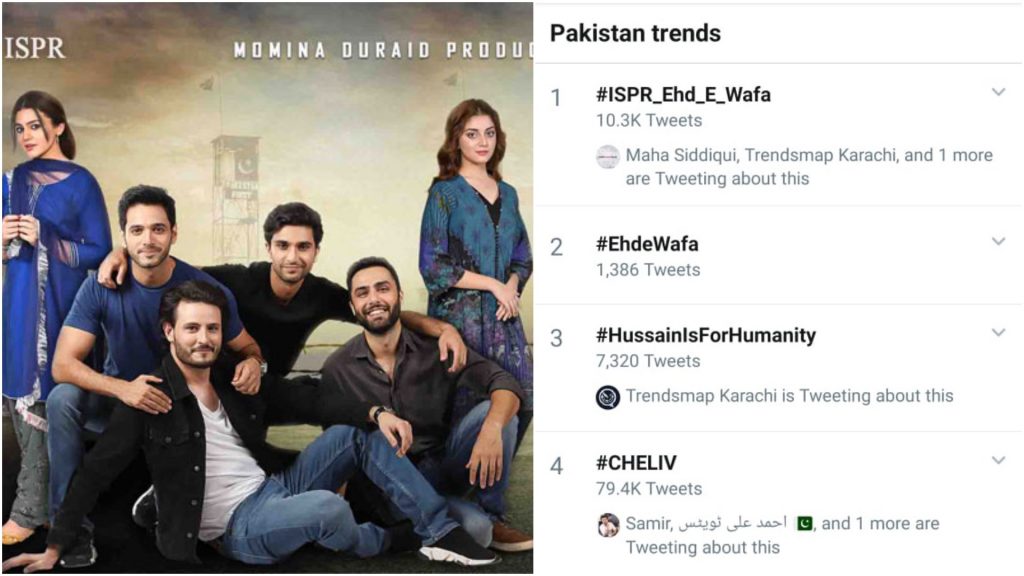 After a ton of promising teasers, Ehd e Wafa had us all dying in anticipation and last night the first episode was aired on Hum TV. Needless to say, the episode was loved by many as it was trending on the top 2 on Twitter: 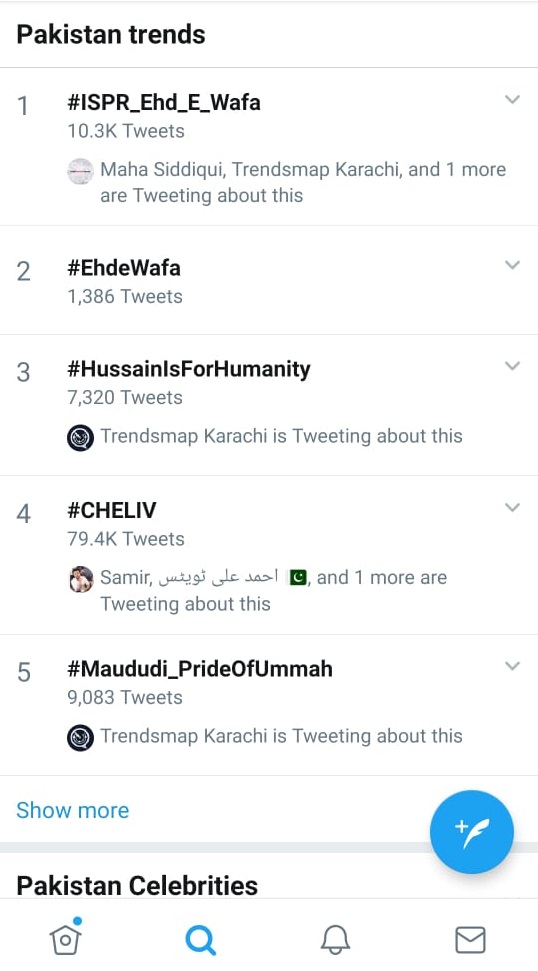 And the netizens have spoken!

I loved loved loved the first episode of Ehde Wafa.
All the characters were really good & interesting.
Hope it continue to be a good show in future #EhdeWafa

People were all for the refreshing take on dramas:

This is the kind of content we need on shows.Lighthearted dramas based on friendships and fun

People were sharing the fact that it’s based off of a true story, just like Alpha Bravo Charlie:

So #EhdEWafa is not only a drama its based on a true story of our two brave hearted soldiers Lt. Atif Qayum & Lt. Zeshan Khan qho6 fulfilled their ehd of wafa with their dear homeland Pakistan & sacrificed their lives.
WE DEARLY WANTED THIS!!!💚🇵🇰 #ISPR_Ehd_E_Wafa pic.twitter.com/gGlGMKBZmM

Captain Faraz too made an appearance and his aura had people going crazy:

this man's aura is still the same, thatt voice though- i miss the alpha bravo charlie trio😭♥️#EhdEWafa pic.twitter.com/VpoiByolN4

Faraaz😩❤️😍
Still I remember his dialog from alpha bravo charlie
I am faraz when he met shehnaz😍❤️#EhdeWafa pic.twitter.com/MNIvIj04F0

I remember watching 'Alpha Bravo Charlie ' as a kid because I had a crush on the actor playing Captain Faraz . It was an amazing drama, but now again Captain faraz is back onscreen in #EhdeWafa. So I must watch it. 🥰❤❤ pic.twitter.com/R74j9KAP7s

It was good to see brig. Faraz in this drama. I hope to see cap. Kashif and Gul Sher too in this drama. My best childhood drama memory was #AlphaBravoCharlie#EhdeWafa

People were living for the cast:

Sundays were made exciting!

Many were sharing their favourite scenes from the first episode:

We’re definitely here for the bromance too!

Zoro was a favourite for many:

That’s going to be us every Sunday!

The drama was literally everywhere!

Maybe if we could just adopt these 3 principles of SSG Gang in our real life, Pakistan will prosper more than our imagination!
– Loyalty
– Honesty
– Secrecy#EhdeWafa

How convincingly allthe guys did that laanat scene😂 cracked up so hard and this SSG gang is gonna go places bro.#EhdeWafa

Some were relating to the drama on a very personal level 😂

People also discovered that Ahad is the perfect meme material:

Is it just me who thinks that these two expressions look similar? 😂 ahad is definitely a meme. 😂😂 #ehdewafa pic.twitter.com/w9hh3xKR0d

What did you think of the first episode? Let us know in the comments below!

Language only 90s kids will understand

10 Pakistani Actors Who Have Proven Their Skills on the Screen!