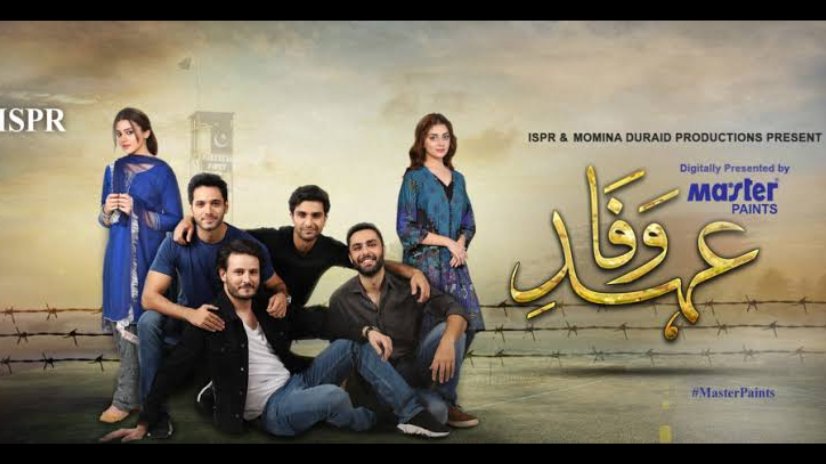 As Ehd-e-Wafa nears its end, every episode leaves the audience moved! However last night when we saw Shahzain fight for his life and Saad fighting for the country with Shariq and Shehryar being at their absolute best, we couldn’t help but tear up a little!

If you have friends like Shahzain and Shehryar just keep them they are blessing ❤️#EhdEWafa pic.twitter.com/i9dUGAlgs0

Shehryar remembering Masooma was everything!

People were living for the women in the drama!

Oof, this scene hit us right in the feels!

People were sharing their favourite bits and pieces from the episode:

They will laugh, cry, and anyone of them will name their kid as saad , probably shahzain and then, the ost plays" JO WADEY KAR LIYE NA HONGAY HUM JUDA KABHI , O#MERE YARA TERI YARIYA"
❤😭😭
#EhdEWafa pic.twitter.com/klzrbIgNvz

People were still in awe of the drama:

Shariq and Shehryar have to be our favourite too!

Haha, we went for the drama:

I don’t think we’ll ever get over the OST:

People were lauding Ahmed Ali Akbar for his phenomenal acting:

Ahmed ali akbar is one of the finest actor in Pakistan and he is the most underrated #Ehd_e_wafa #ahmedaliakbar https://t.co/wey3wO1X5W

So, since last 3 episodes of #Ehd_e_wafa @AhmedAliAkbar has been ruling the show. And man he deserves that limelight… cause people have cried with you and smiled with you.
Take a bow!! Cause I am not a fan of the show but definitely your character and how well you played it.

People were also loving Osman Khalid Butt for his performance:

Wait so Shahzain planned the entire attack on himself to win the election and remove Waqar frm his way😑Sherry ne uski class leni hai ab. But I'm glad Shazain apologised to Sherry n Shariq for everything ❤😌 it was long due. Obi was exceptionally good today👌🔥💯 #EhdEWafa pic.twitter.com/W0ijgIlGIl

With the promo for the next episode hinting of something dark for Saad, and a new beginning of Shahzain, we just can’t wait for Sunday!

Are you keeping up with Ehd e Wafa? Let us know in the comments below!

Petition to halt Aurat March filed and people have a lot to say!