Pakistani dramas are enjoying a great year, and the current lot of shows on air are proof of that. From major actors returning to the small screens to more novels being explored on the television set, it’s all going in the right direction and we have dramas like Alif and Meray Pass Tum Ho to thank for that.

From major ensemble casts to riveting storylines, both shows are piquing interests as they go further and interestingly, both shows – which are produced by Humayun Saeed or his wife, Samina Humayun – are also fighting for the same time slots on different channels.

So, which show has what strengths? We have the lowdown. 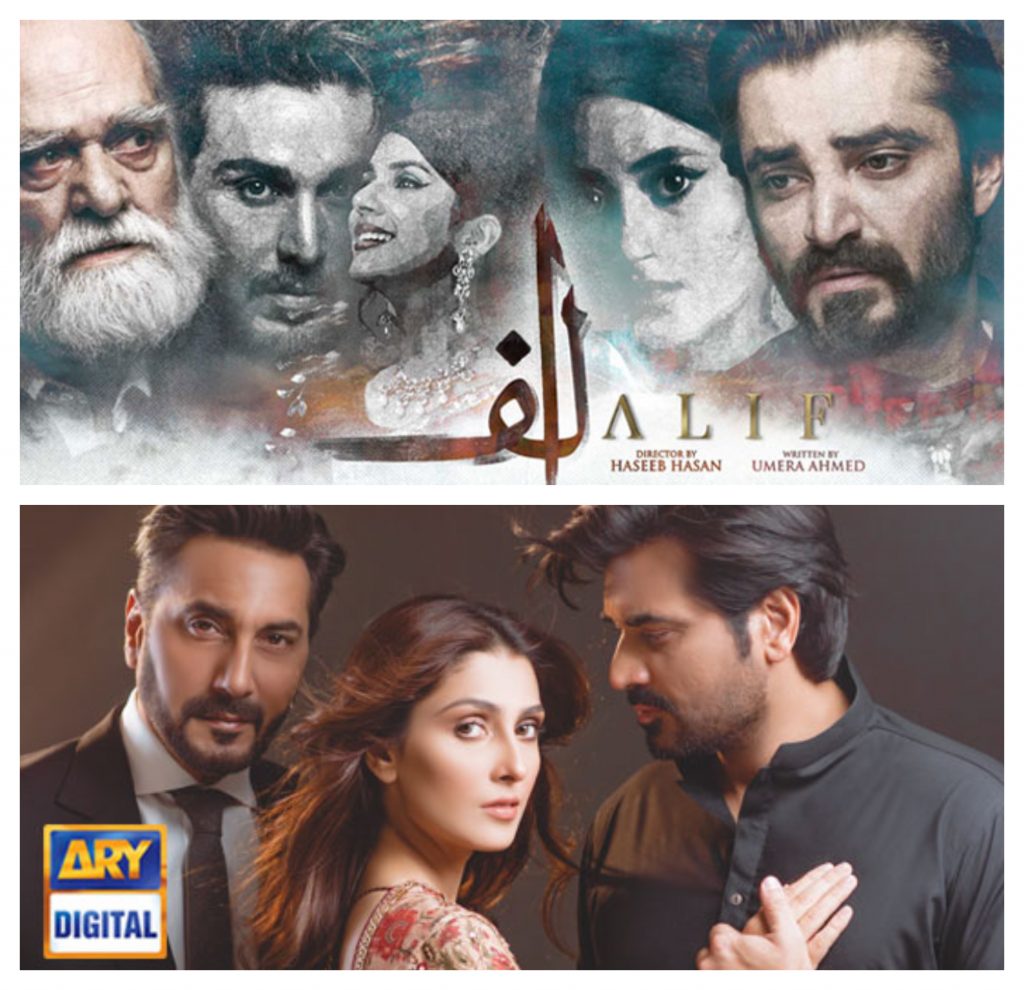 Both dramas showcase the best that the Pakistani media industry has to offer. While Alif enjoys a major ensemble crew that includes Hamza Ali Abbasi, Sajal Aly, Kubra Khan, Ahsan Khan, and Manzar Sehbai, Meray Pass Tum Ho stars Humayun Saeed, Ayeza Khan, and Adnan Siddiqui. It can’t go any bigger on TV than to have so many major stars fighting for the top position!

Another reason why both these shows are gargantuan are the people who have penned the scripts. While Alif is based on a novel by Umera Ahmed and hence, holds many nuances to it, Meray Pass Tum Ho is written down by the much-loved and critically-acclaimed Khalil-ul-Rehman Qamar who is known to have a mellifluous tone to his writing.

The audience can’t get enough of riveting storylines that explore themes of romance, love, deceit, growth, and unrequitedness, and both Alif and Meray Pass Tum Ho explore the topics intricately. While the former is more in-depth in its view of struggle towards success and the existence of love, the latter is more evocative about the perils of love in the modern era.

Despite Alif being just one episode old at this point, the show has seen a much faster pace of growth and character development than Meray Pass Tum Ho, which is now on its eighth episode. In this regard, the former definitely has the upper hand on Humayun Saeed’s romantic drama.

So, who is the big winner?

Both! It would be unfair to declare a winner here when both shows are enjoying major success.

After Pakistan's disappointing performance in PakVSL match, the internet is not coming slow