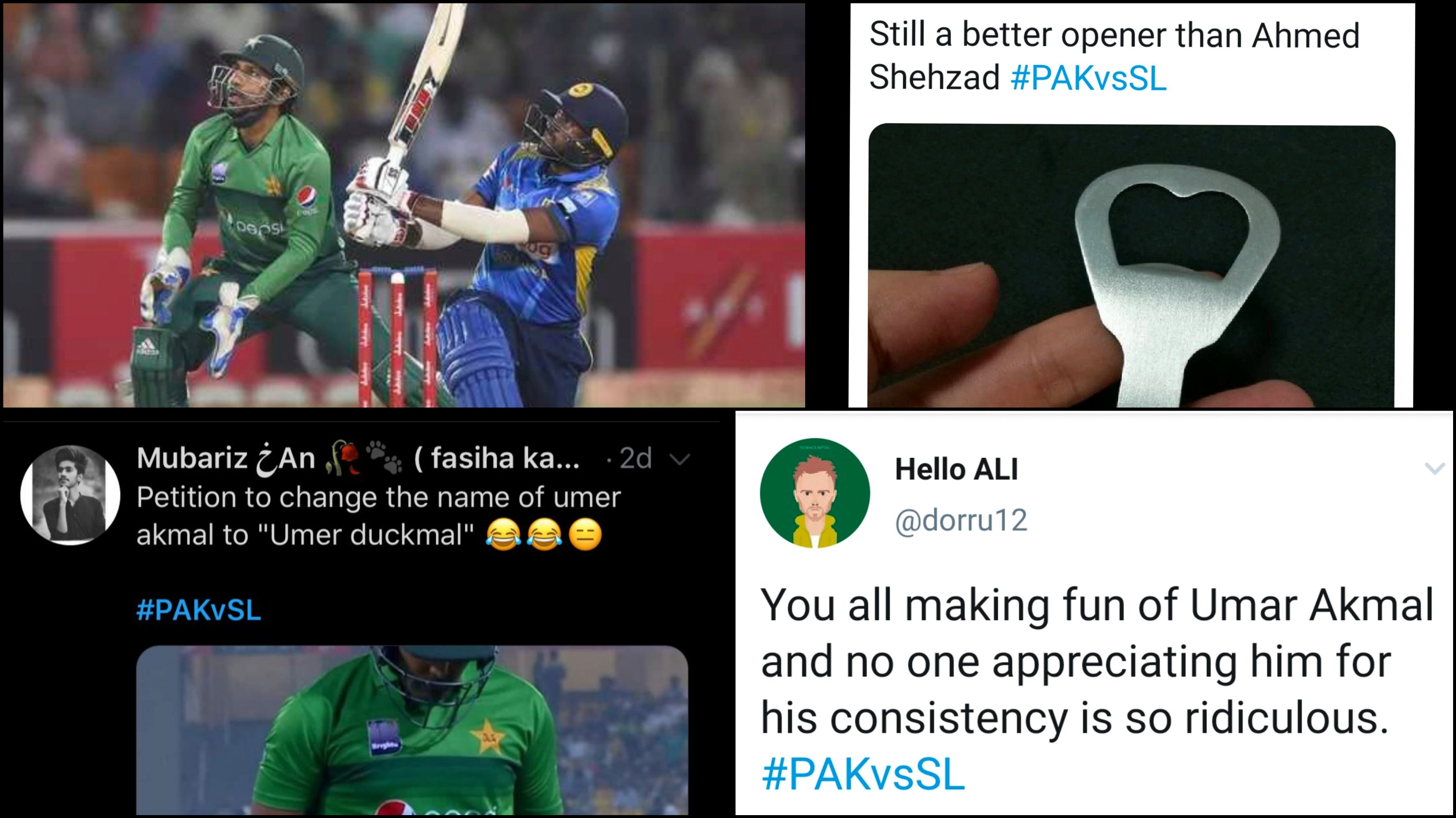 The second T20 which took place at the Gaddafi Stadium in Lahore, sent the fans home disappointed as Pakistan lost by 35 runs to Sri Lanka, giving away the series in their hands now. And the nation is really upset!

THE NAB WE NEED!

As people were bashing Misbah, many shared the relief Mickey Arthur must have felt today!

This aunty is all of us summed up in one picture:

The win was staged, If we had let them leave our country without a victory they’d never come back 😂 #PAKvsSL

People were specially mad at Umar Akmal and Ahmed Shahzad:

What is this attitude, Misbah?

Some blamed it on the city:

Both were being called the legends!

When you find out that Pakistan has lost both T20s from the most mediocre Srilankan team at home ground… #PAKvsSL pic.twitter.com/OkgjF4Uaoj

Even Rana Sahab figured out the real problem:

Many who were angry at Sri Lanka for sending their younger lot got their answers:

If you believe in yourself and have dedication and pride & you never quit, you'll be a winner. Congratulations @OfficialSLC. Thank you for sending a young team, Pakistan might learn something out of it! Very well played 👏👏👏 #PAKvsSL

Giving credit where its due:

You all making fun of Umar Akmal and no one appreciating him for his consistency is so ridiculous.#PAKvsSL

When songs do the talking for you:

Many were criticising Misbah for the selection:

Umar Akmal failed to pick the googly: Leg Before Wicket.

Sarfaraz Ahmed failed to pick the googly: Chopped On.

Legend Misbah dropped Iftikhar Ahmed, the highest scorer from Pakistan's side in the last match, in favour of the likes of two dangerous players for his team Umar Akmal and Ahmed Shahzad for today's match.#PAKvsSL pic.twitter.com/M2X9K2wbDg

And while many were bashing Misbah for a selection that clearly didn’t work, some knew the real deal 😂

If only I could have 1% of the optimism this person has:

Hmmm, does this count as an achievement? 🤔

But apart from jokes, there were some really great suggestions:

Our team needs to be reshaped and re organised. I think new talent should be given proper chance now. #PAKvsSL #UmarAkmal #babarhayatshow

What do you guys think about the current team? Let us know in the comments below!

Dramas that blew us away with their first few episodes!