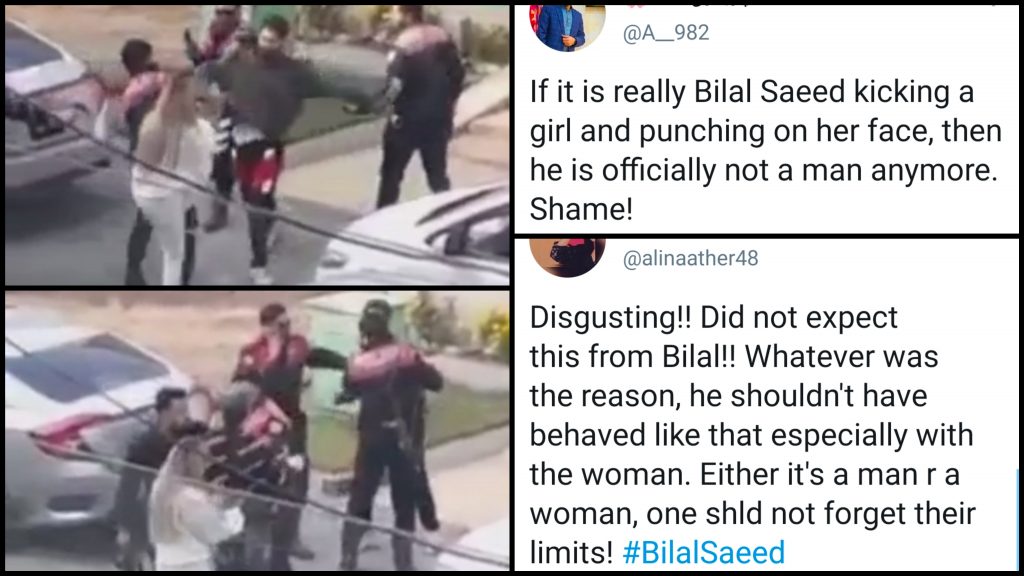 A video of singer Bilal Saeed fighting a couple has surfaced the internet where the singer can be seen physically hitting and guy and attempting to kick the woman:

Renowned singer Bilal Saeed’s fight at his Lahore residence is circulating on social media today (Thursday).
In the video, the ‘12 saal’ singer can be seen beating a boy and a girl, while some security personnel are trying to stop the scuffle. #BilalSaeed @Shiffa_ZY pic.twitter.com/DTvoJO3qkk 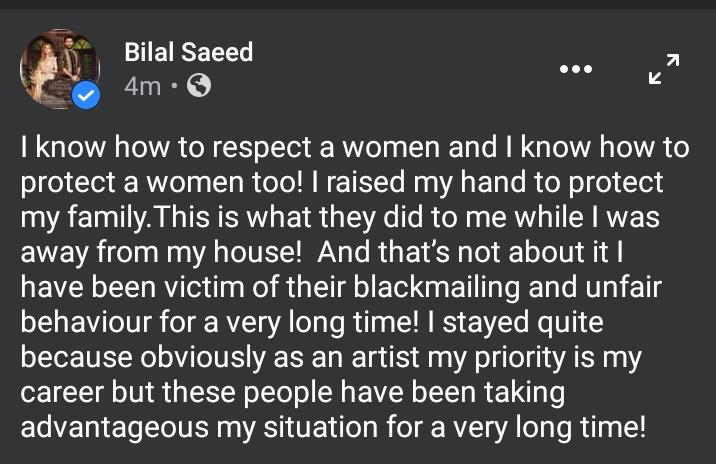 While the singer has issued a proper statement, thescuffle between the singer and the couple has left the netizens with a ton of questions:

Tbh,I am utterly shocked to see that how can someone dare to kick a woman.The very video is buzzing on social media at the moment in which #BilalSaeed is kicking a woman. It’s totally depicting to see how much someone can stoop low.#ShameonyouBilalSaeed

People found the behaviour to be strange and shameful:

#bilalsaeed
So strange ..
Such a shameful act..

How about #BilalSaeed vs khabib for ufc championship?

People were calling him the ambassador of equal rights:

What the Hell Bilal Saeed is Doing with this Women?? 😳
In Front of Dolphin Squad it is not Acceptable at all.. 🙏🏻@Bilalsaeedmusic pic.twitter.com/rLt8Jjsi2V

Its very very bad whatever the reason this behaviour is not right #BilalSaeed https://t.co/HoExoGax8S

Some weren’t happy with the fact that he was trying to hit a woman:

No matter what one should respect women
Our so called artist should learn ethics.#BilalSaeed

It’s really disgusting to beat a women in this way😠
Shame on you #BilalSaeed pic.twitter.com/Cx5bgnnFsY

Disgusting!! Did not expect this from Bilal!! Whatever was the reason, he shouldn’t have behaved like that especially with the woman. Either it’s a man r a woman, one shld not forget their limits! #BilalSaeed pic.twitter.com/uZAFscZrWP

If it is really Bilal Saeed kicking a girl and punching on her face, then he is officially not a man anymore. Shame!
#BilalSaeed
pic.twitter.com/VH03z0z9mU

Many were convinced that the man in the video isn’t Bilal Saeed, others proved how the clothes matched:

Those who are saying it’s not #BilalSaeed look at this outfit and the one in video pic.twitter.com/TBXbnra5Pe

Fans were speculating that it may be the shooting for his music video:

Some we claiming that the couple in the video happen to be his brother and Bhabhi:

It’s really disgusting to beat a women in this way😠
Shame on you #BilalSaeed pic.twitter.com/Cx5bgnnFsY

Some wanted to hear the other side of the story before passing any comments:

Don’t blame anyone until you know the whole reality!#BilalSaeed pic.twitter.com/fIytzEvJpf

No comments until we know the story behind #BilalSaeed https://t.co/SDrJpgfGwG

Some fans were still by his side without knowing the whole scenario:

Bht acha howa love u bilal we r with u #BilalSaeed

People were cancelling him already:

Was just scrolling my Instagram @Bilalsaeedmusic what’s the story behind ?? Whatever the story is gentleman is the action you’ve performed an acceptable one?? Come On! Wasn’t expecting this from your side again I am saying no matter what is the other side of story. #BilalSaeed pic.twitter.com/21MeApowHe

Memers were already taking advantage of the situation:

Bilal saeed practicing for a one-on-one match, after hearing that john cena is coming to Pakistan.#BilalSaeed

What do you think about this scuffle? Let us know in the comments below!

Pakistanis Have Hilarious Memes To Stereotype Their Favourite Actors & They Are Spot On!