Karachi has no shortage of restaurants, and that’s a fact. Our larger socio-cultural fabric is made on the basis of cuisine, and the one thing that you’d probably always find in Karachi, 24/7, is food.

However, not all food is equal – a thing you’d probably have heard many times by now.

There is always going to be some things which are going to be better than the rest, and to find them, is the real deal. Diva too recently had this realisation, when we got into the realm of ‘authentic’ cuisine with Karachi’s latest, Lebanese restaurant, Baituti.

A homage to the world of Levantine cuisine and its integration with the Mediterranean flavours in Lebanon, Baituti is the new kid on the block, who brings age-old authentic recipes to the mix that have been passed on generations to generations. 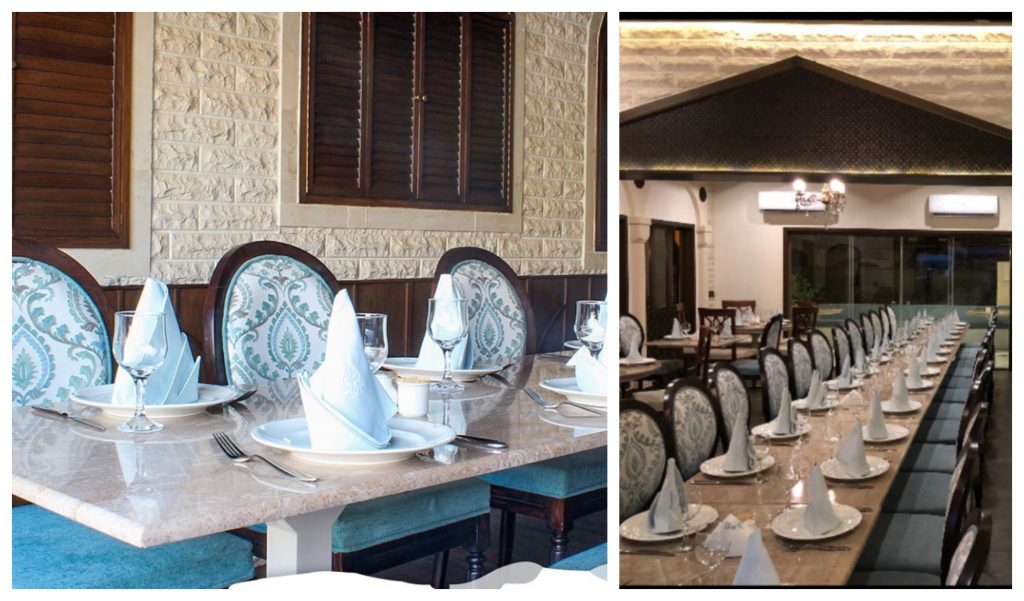 Nestled in the contemporary cuisine-cluster of Karachi, the lane that makes up E-street and its back alley in Clifton, Baituti is a quaint restaurant done up in the cool tones of the Mediterranean that complements the Lebanese coastline. The myriad shades of blue, juxtaposed with the whites and sandstones add a calming ethos to the joint. 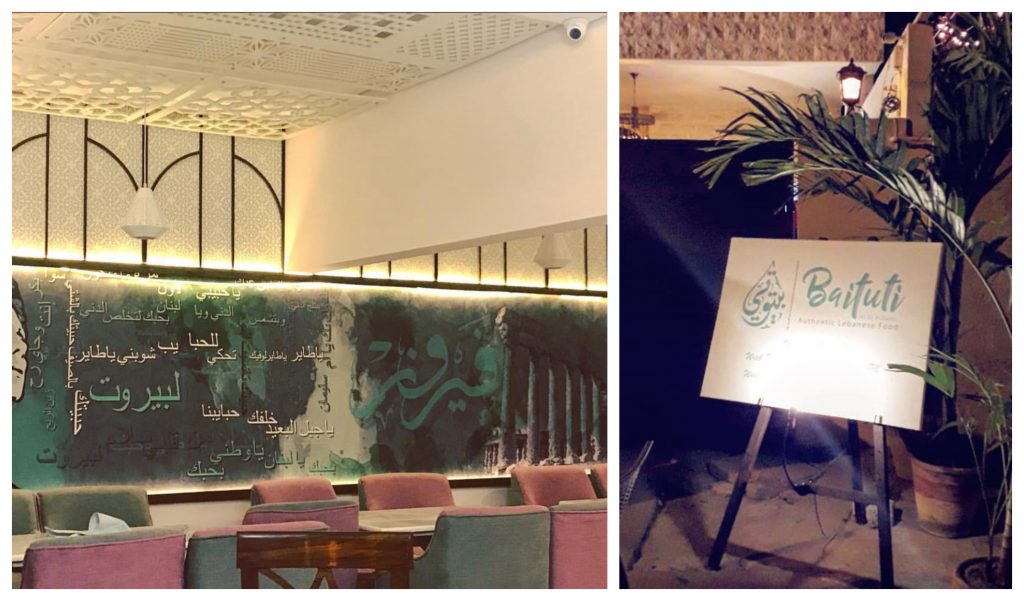 Once you’re in, you’re given an option to either dine-in on the ground floor or on the first, which is also complemented by an open-air terrace, where one could enjoy the flavours in the better, windy seasons of Karachi. 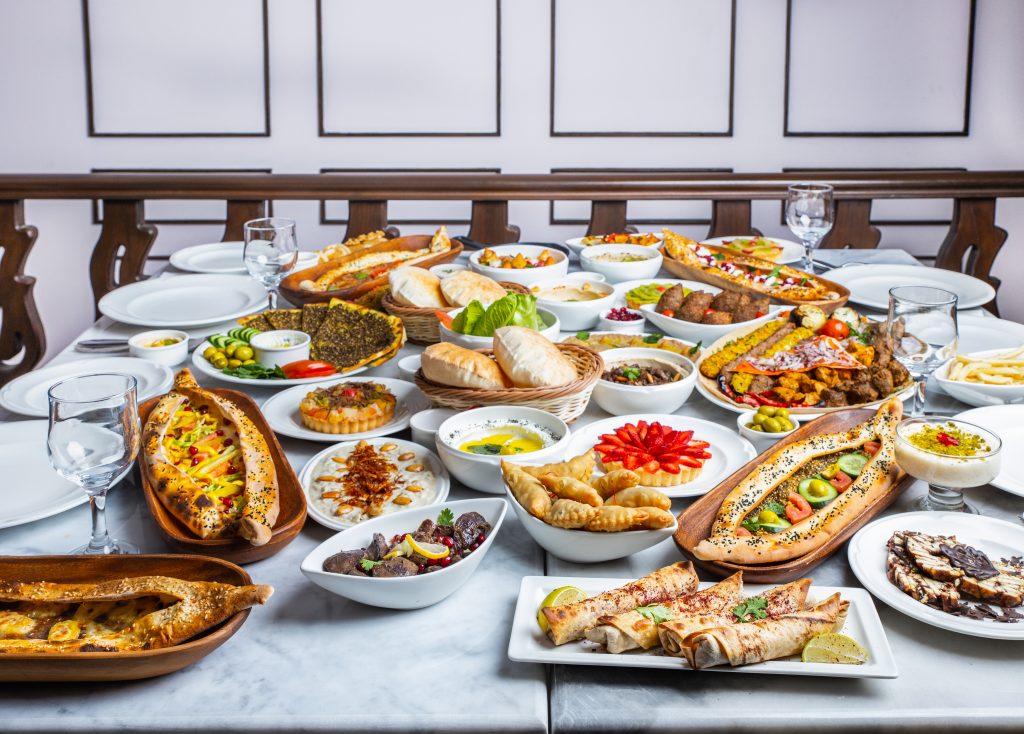 The flavours on the menu, also play on this idea of being breezy and fresh, and thus, most items follow a traditional order of the Levantine. There is an array of hot and cold Mezzeh, an assortment of grilled meats, traditional Lebanese specialities, and authentic exploration of Levantine desserts. 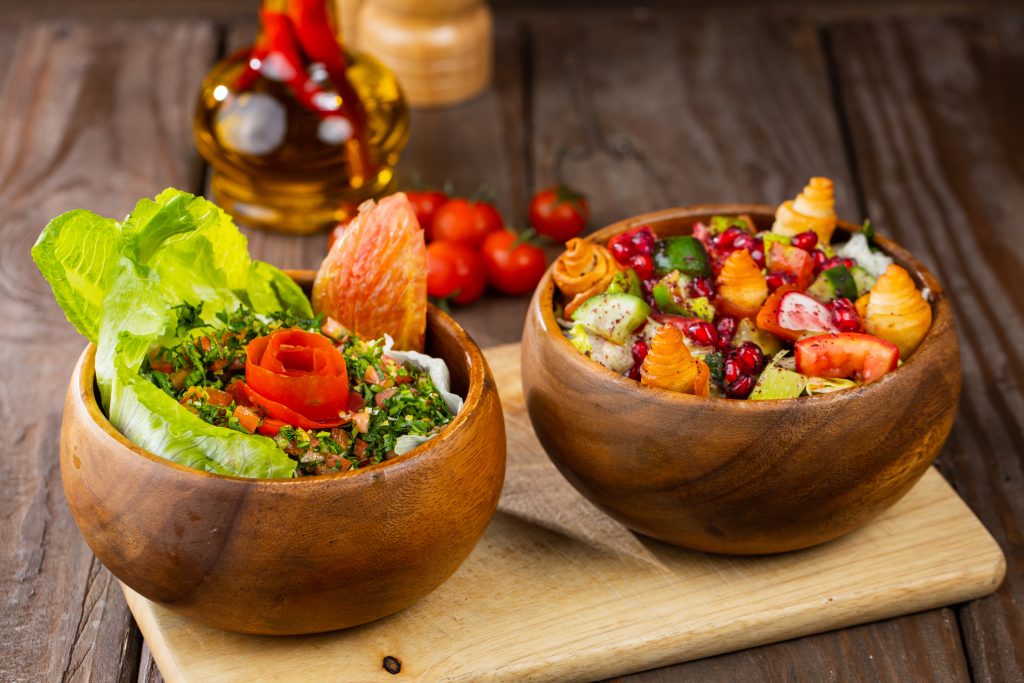 Amongst them all, we chose to go with the mixed grill and the Shawarma platter for our mains, whilst a selection of Mezzeh, such as Hummus, Fatayer, Batatas Harra (Spicy Potatoes), and Fattoush were served with piping-hot pita bread as the starters. It was all additionally made special with the addition of two true-Lebanese favourite desserts, Umm-Ali and Katayef. 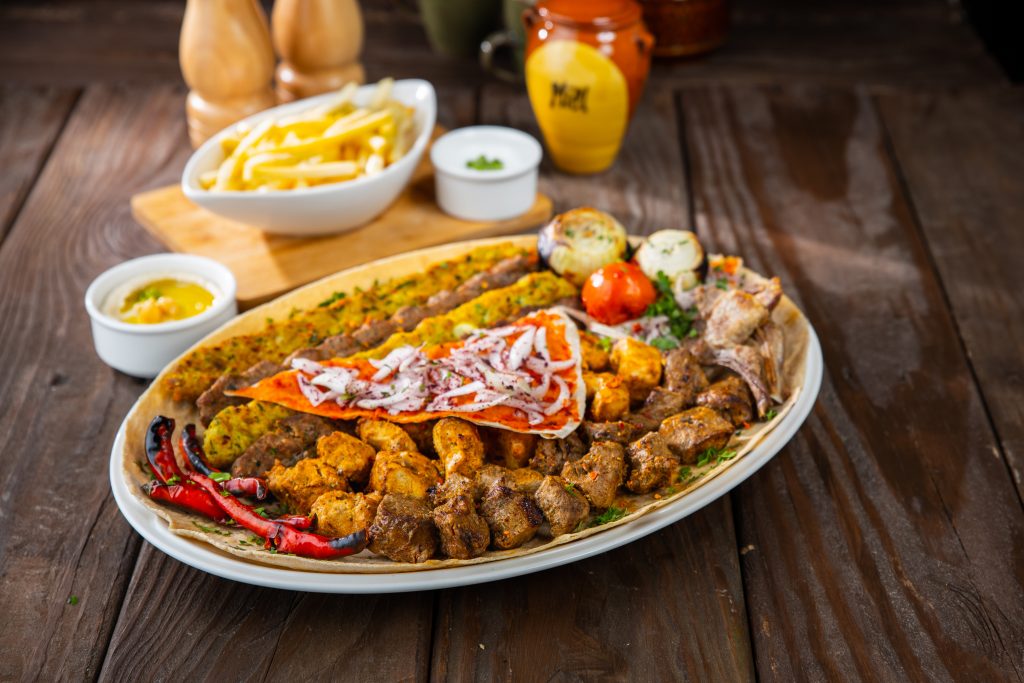 One thing is for sure, there is no other place in Karachi doing Lebanese food as authentically as Baituti. The family-run business originates from the culturally-rich and cuisine hub of the Middle East, Lebanon, and it is quite visible in the way the food tastes and look. 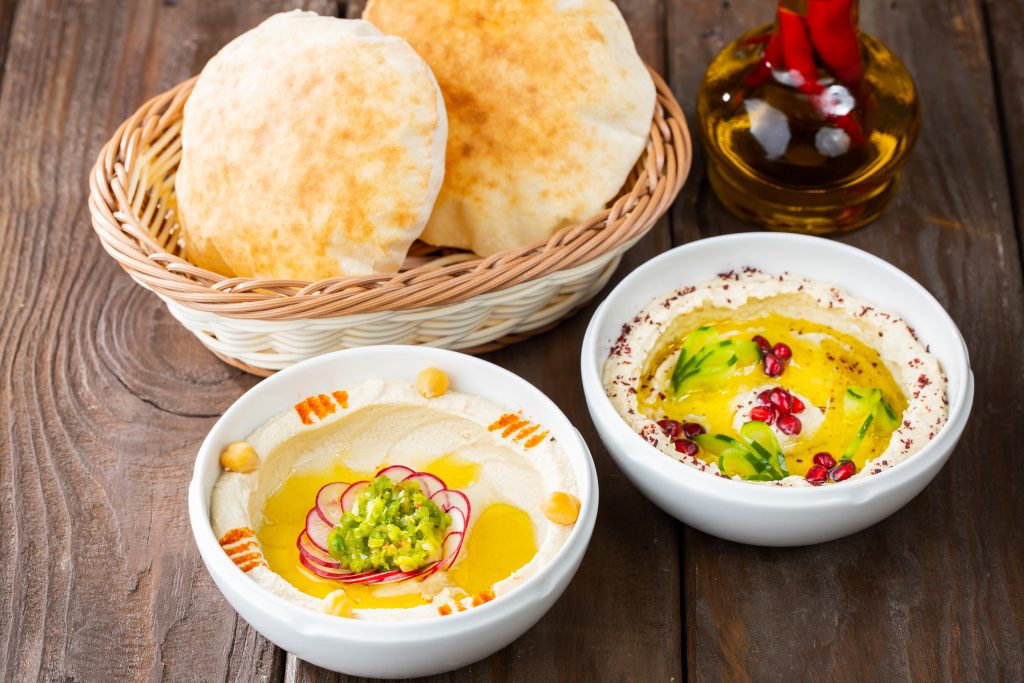 The Mezzeh, for example, is definitely a mix of dishes that would remind you of the Middle-Eastern experience. Be it the Hummus with light as air pita, or the Fattoush salad to enjoy alongside the Fatayer, it all feels completely euphoric. 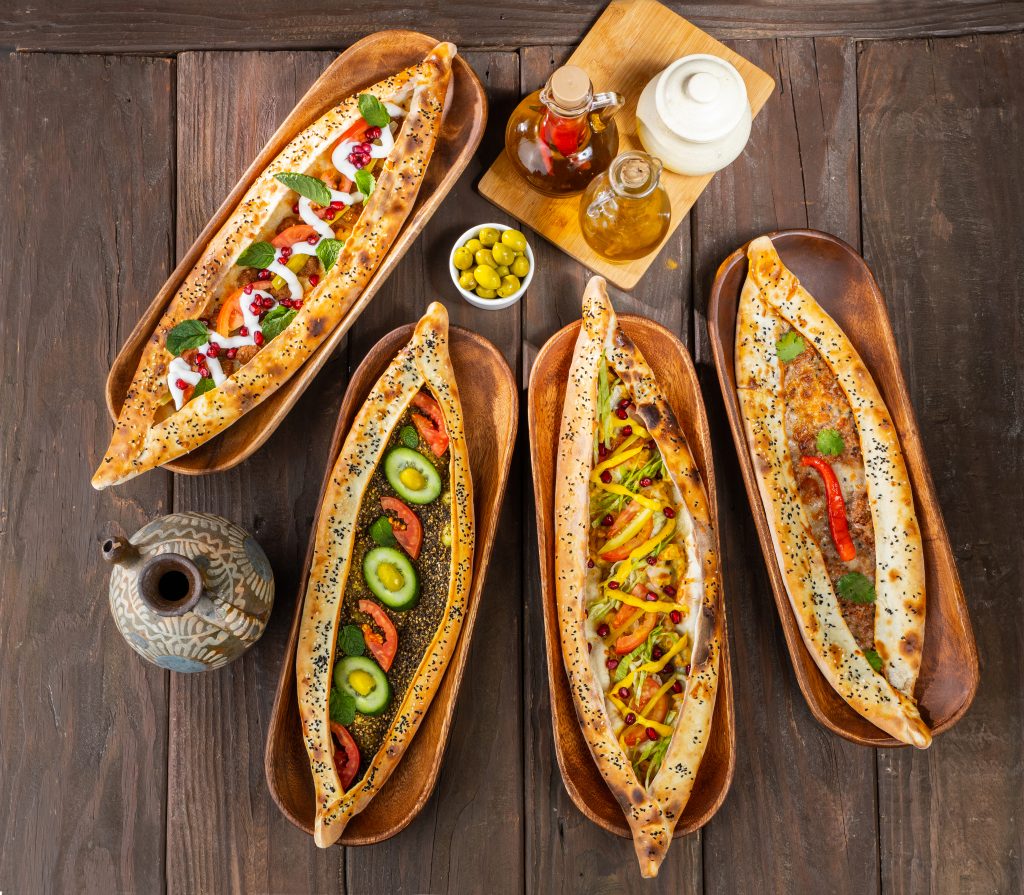 Similarly, the brilliantly-cooked mixed grill platter offered an authentic wide array of meat cubes, Taouk, Kufta, lamb chops, along with the traditional accompaniments such as Hummus and garlic paste, that just was enough to make everyone take their phones out in joy to take pictures! Additionally, the Shawarma platter was a delight to devour with its mildly marinated shredded chicken and pickles that made it a winner of the night. 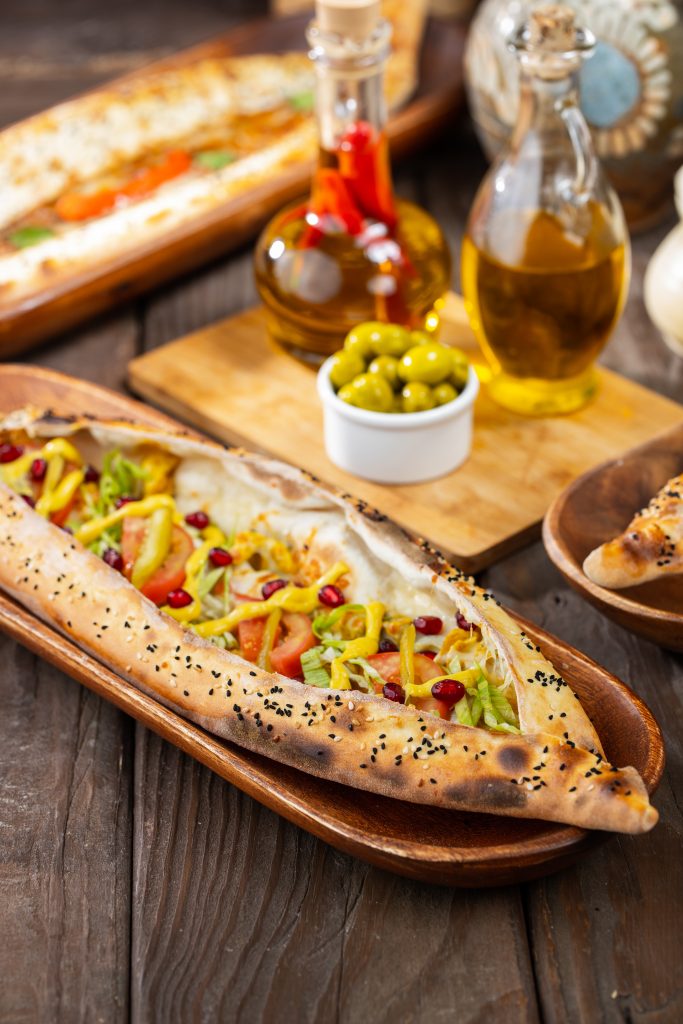 Following the savouries, Baituti added another feather to its cap, or should we say Chef’s hat, by adding pure sweet joy to the meal by serving two super-famous Lebanese desserts, Umm-Ali, and Katayef. 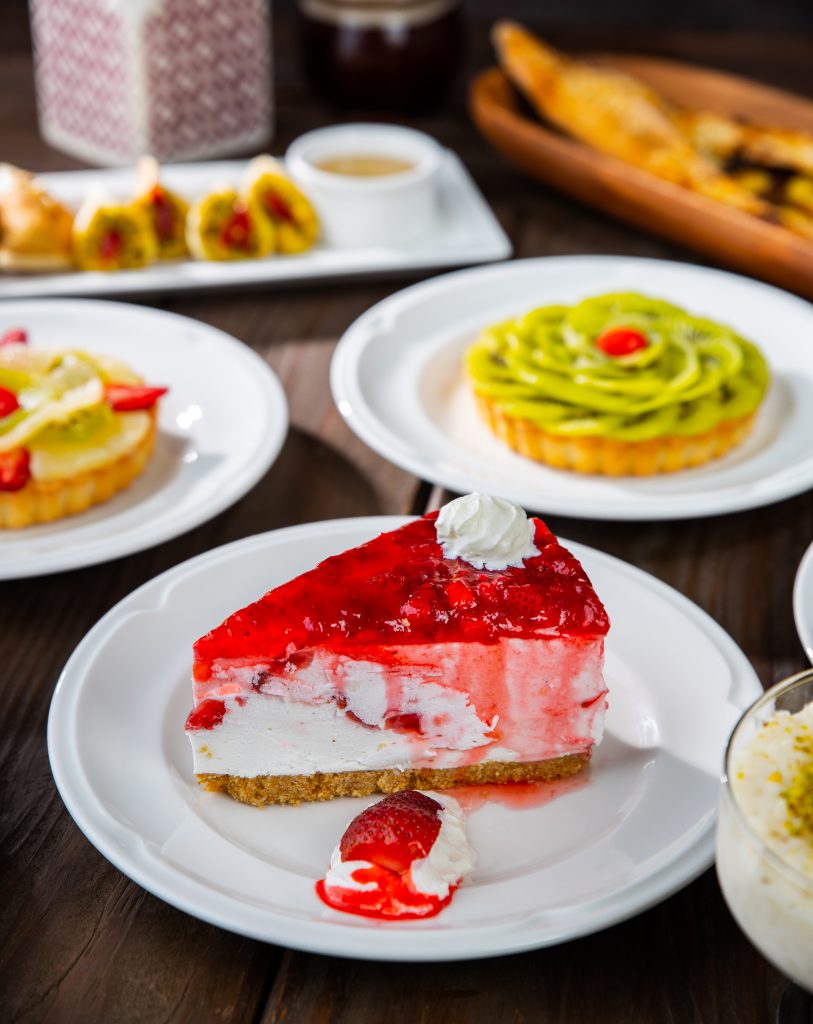 While the latter was flavoured subtly with rose, walnuts and pistachios in a cream-cheese-filled cannoli-like structure, the former was an ode to the Levantine-Egyptian speciality, which is quite reminiscent of Pakistani Kheer in the visuality but tastes completely different. It has a hint of almond and raisin flavours integrated with crisp puff pastry, added to milk and cream. 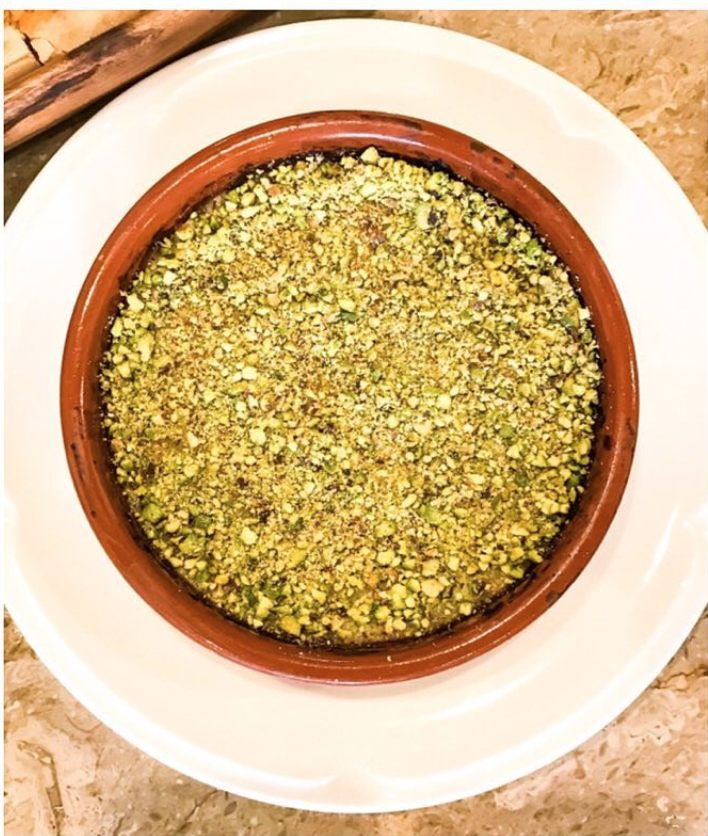 For a dessert lover, this place is an exotic paradise, for sure.

Authenticity is the spine of any exotic restaurant that mushrooms up in Karachi, and Baituti is one that has proven it’s real as it gets. The taste has all the intricacies you expect from Middle Eastern, especially Lebanese cuisine, and it proves that things done with love are always better. 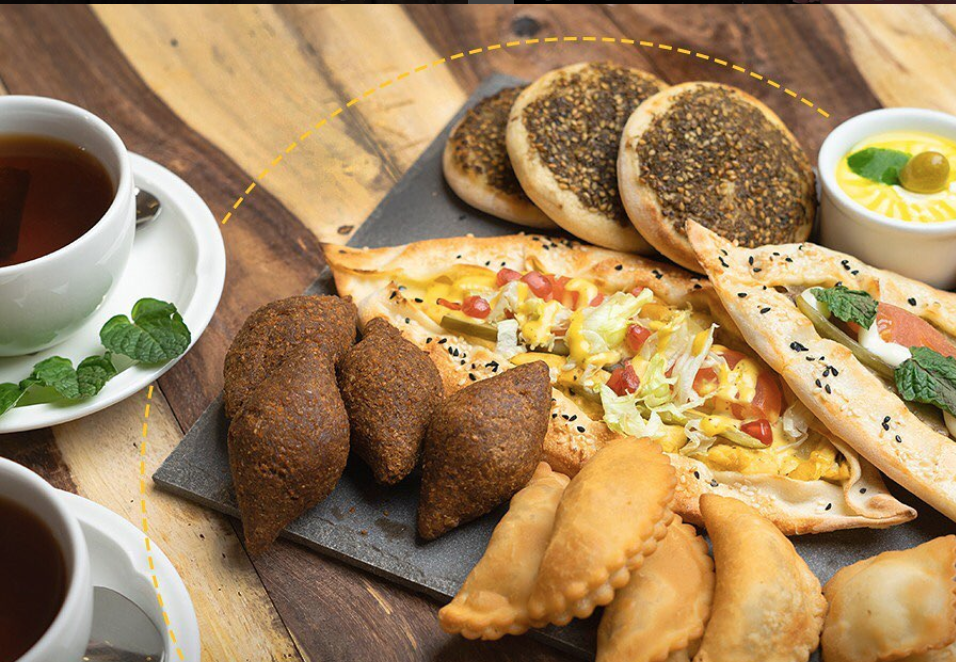 Go to Baituti for its old-world charm, and stay for the service and cuisine that will probably give you satisfaction in every sense of taste and sight.

First 2 cases of coronavirus reported in Pakistan and people are anything but calm!

Hike in the prices of N95 masks and sanitizers has left awaam furious!