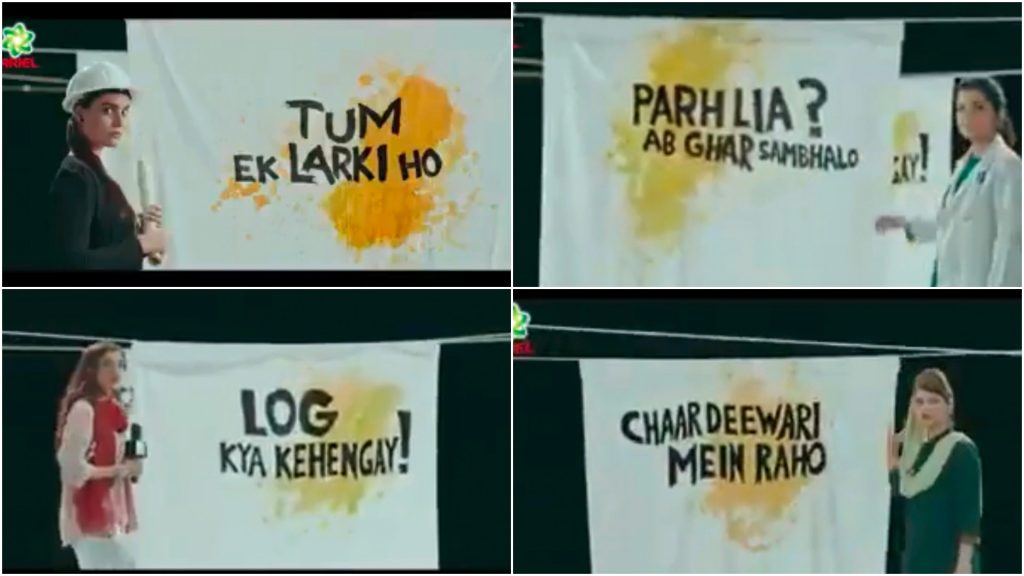 And people were outraged!

Shame on PEMRA for passing the ariel ad positively on national tv. Inappropriate songs and ads being aired continuously #BoycottPEMRA #BoycottAriel this rubbish needs to be stopped immediately.

I request @ImranKhanPTI that please desolve PEMRA and create a better regulately authority to control media in Pakistan.. These ads running on Pakistani TV channels are worse for society..#BoycottAriel pic.twitter.com/yD9IkIFAZX

Mehwish Hayat, drama Ishq Zah-e-Naseeb and even Careem were dragged in:

Not just in ariel ad they are going against islam in everywhere.
So called pak cinema revival and showbiz.#BoycottAriel pic.twitter.com/dSWkC2AjV4

This ad by Ariel is a manifestation of Dajjal's ideology. #BoycottAriel

Many said they were going to stop using Ariel from now on:

I am a user of Ariel but from now on i won't use it. Period!

All the brands must respect the cultural and religious values of an area. You can't ask your customer to buy more by disrespecting their religious and cultural values..#BoycottAriel pic.twitter.com/JrqaJYVmCM

People even bought in the aurat march

#BoycottAriel
After Aurat march another stupidity, goofines,cheapness is here…
Please take action against🚫 these liberals, who promoting liberalism in Pakistan. They destroy the teaching of Islam & promoting fitna. Really the end is near…🙏 pic.twitter.com/scbJROGTeX

Lmao, talk about being this sensitive:

Ariel ad disrespects every woman who chooses to be a housewife and take the burden of the whole house. Does "freedom of choice" only exist when women choose to leave their houses in search of work? Can a housewife not be at home by her own choice.

ChAr DeEwArI iS nOt A QAiD…

And while the ad garnered tons of misogynistic responses, there were some sensible people too!

I laughed so hard on this campaign of boycott ariel. I thought they were blasphemic or they made some remark over religion. Turns out that chardewari ad just challenged our patriarchy. Who says chardewari mein aurat ka rehna bura hai. But it's her call people. #BoycottAriel

Just checked out #BoycottAriel hashtag trending in Pakistan. Apparently Pakistani men are furious tht women r being told they shouldn't stay indoors and most cite religion as a justification. When will we get rid of such toxic [religious] masculinity?

HAHAHAHAHAHA I can't believe Pakistanis are having problems with the new Ariel ad. (Context: subjugation of women is a stain, pro empowerment ad). You don't own people, gtf off your shehanshahi high horse and stop trying to control/own the lives of other human beings.

We’re trying to figure out the same:

the ariel ad says that a women shouldn't be bound to the four corners of her home and should go out in the world and go what she likes to do. how exactly is that against Islamic values? #BoycottAriel

Many quoted examples of Prophet (PBUH) and his wives:

Why is #BoycottAriel trending. Prophet’s (pbuh) own wife H Khadija was a successful businesswoman. H Omar appointed women as the market controller in both Makkah and Medina.

Some were worried how people were going crazy on women exercising their basic rights:

This Ariel ad has no issue in it and it just shows that women should not be stuck to these societal stigmas. These are not the only things that a woman is suppose to do. I see today and see the worst # trending "boycottAriel". What the fuck is wrong? 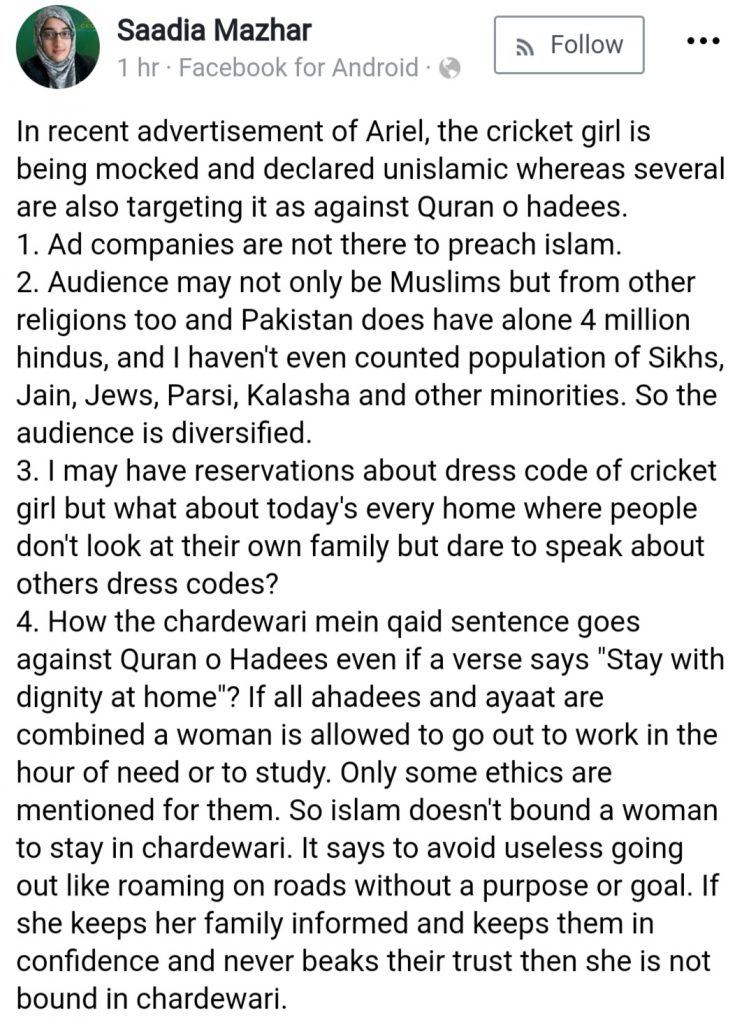 Some spoke of how we were living in the darkest times;

We are truly living in the darkest timeline. https://t.co/OKASQsu2ee

Many spoke how Islam is only remembered as per convenience, sirf aurton ke liye Islam hai:

Most of guyz tweeting on this #BoycottAriel are those who have gf & bf . where your islam goes when u stare at a women in bazar , streets or roads?? We need to encourage girls to participate in development of Pakistan , without them we aint develop.

Its not ab8 being women its ab8 logic which u guys don't have in ur argument.
Ariel ad appreciated working women's. Don't forget Hazart Khadijaa was also a working women so its not something Un Islamic nd something to be ashamed of.

Don't know what's wrong with this ad & why you guys are offended , Kudos to Ariel which rattled the male chauvinism.#BoycottAriel

The new Ariel ad is so good and for some weird reason i knew that it'd cause an irritation among religious fanatics.

muslims are so offended by the ariel ad, i’m living lmaoo

What are your thoughts on the new Ariel ad? Let us know in the comments below!

6 things we loved in the 'Parey Hut Love' trailer and we bet so will you!