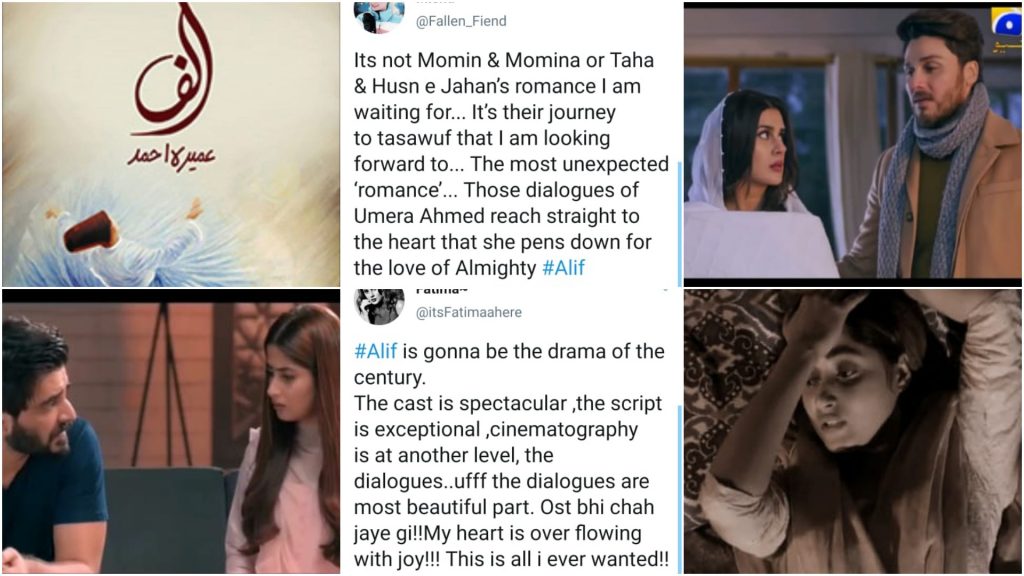 Geo TV released 2 more teasers for Alif in last 2 days and it has only multiplied the anticipation by ten folds for us. Especially for those who have read the novel.

And the teasers have been nothing short of intense! So much so that the hashtag #Alif has been trending on number 1 on Twitter! 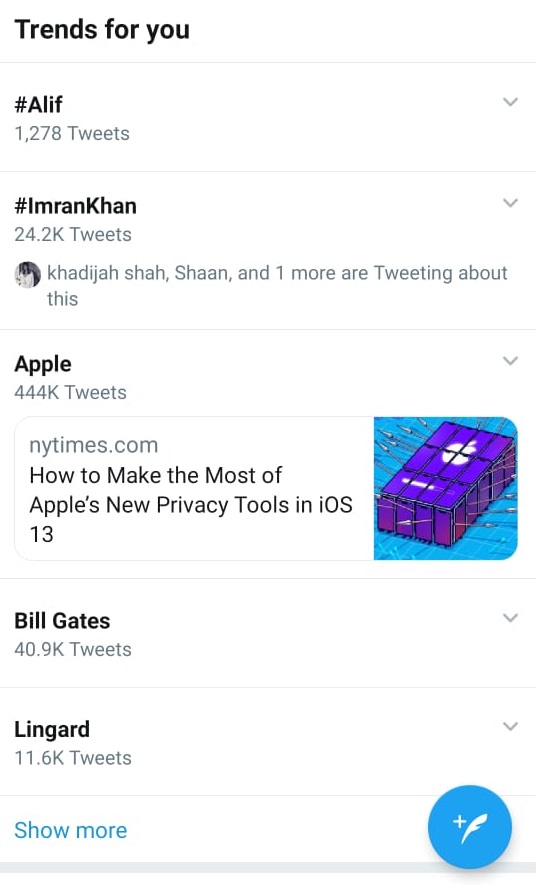 And people have nothing but good things to say about the teasers, some even think it’s going to be the drama of the century:

#Alif is gonna be the drama of the century.
The cast is spectacular ,the script is exceptional ,cinematography is at another level, the dialogues..ufff the dialogues are most beautiful part. Ost bhi chah jaye gi!!My heart is over flowing with joy!!! This is all i ever wanted!!

People are so ready for the masterpiece to air:

every teaser of alif screams royalty. each characters journey seems so deeply wholesome. cinematography & locations are exceptional. the dialogues punch yu right in the heart. the cast is top notch. ost toh is already giving me goosebumps, i loveeee. i’m so ready for this#ALIF

Alif is gonna snatch wigs of all tv serials left and right. Mark my words! #Alif

Some were upset that there wasn’t enough promotion:

i am sorry but just imagine having a show like alif and not hyping/promoting it, only geo can relate.

People were way too excited for their favourite actors to give a performance that’ll be remembered for decades:

sajal aly is going to deliver her best, the capacity, the power she holds is freaking unreal.
(can't wait for this scene-)#alif pic.twitter.com/z2soKgsmvG

People were living for the OST:

Many who had read the novel were quoting various scenes:

Some fell in love with white roses:

People were in love with the cast:

whoever came up with the idea of casting them together deserves applause, their P O W E R speaks.#Alif pic.twitter.com/OEgRkB8Z0f

People are waiting for hamza and sajal and here I am so intimidated by manzer sehbai..uff #Alif

sajal and hamza are so incredibly talented. put them together and they make one hella of a talent packed, out of this world pairing. i can’t wait for momin & momina – their story and journey. #alif

Taha and Husn-e-Jahan's story is gonna make you cry like hell!!!! Get ready!!!! 😭😭😭💔 #Alif pic.twitter.com/ZHDVidIh6G

People were looking forward to their journey:

Every freaking scene, every freaking dialogue of this show is going to be ICONIC im telling y’all #alif pic.twitter.com/kZn0mivu0X

Can you guys feel the tension, that angst between them? Yeah, this show is going to serve us with everything. Literally E V E R Y T H I N G #alif pic.twitter.com/z1CEofpK6V

Makes us want to read the novel too!

If you’ve read the novel you know what scene it is and what kind of power it holds. OML IM SO EXCITED TO WATCH IT ONSCREEN BEC ITS MY MOST FAV SCENE YAAAARRRRR 😭 #alif pic.twitter.com/628ambGcaa

I don't know what this scene is but I can already tell I'll be crying. Hamza and Sajal got chemistry! #Alif pic.twitter.com/qdTWzMGW9A

What do you think about the new teasers? Let us know in the comments below!

A flat in a posh area of Karachi says no to purchasing and renting if you’re a non-Muslim and people are outraged at the bigotry!