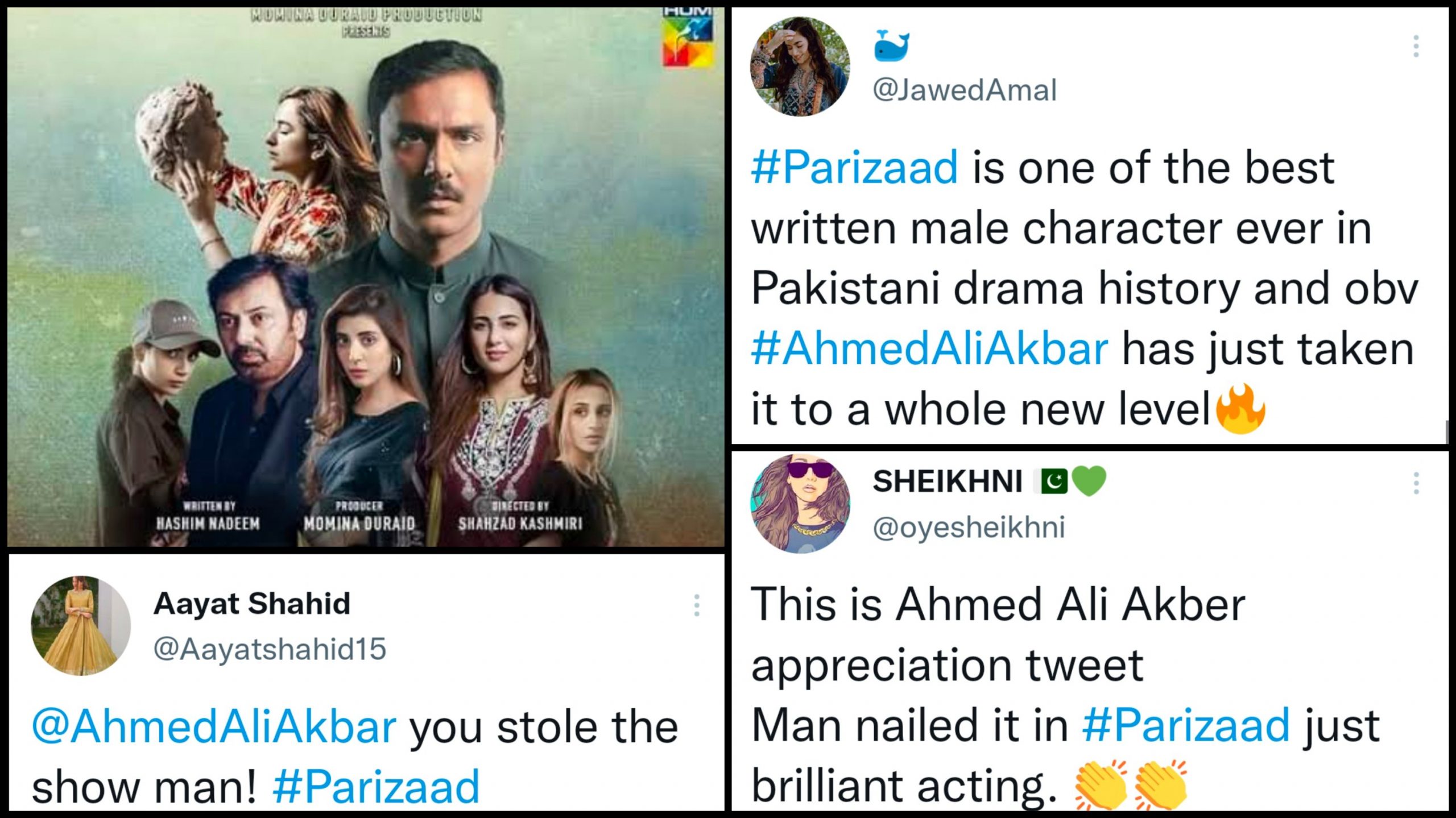 If there’s one drama that’s an absolute breath of fresh air, its Parizaad! The unique storyline, masterfully put together cast, fast-paced storyline, the OST, the plot, everything is spot on.

But it was last night’s episode which proved that no one could have played Parizaad better than Ahmed Ali Akbar, the man has clearly knocked it out of the park and the internet wholeheartedly agrees!

Their timing of playing the ost is so on point & perfect and obviously Ahmed Ali Akbar has taken it to a whole new level!✨❤️#Parizaad pic.twitter.com/wDlBumCiJt

Parizaad is surely the masterpiece🙌❤ but @AhmedAliAkbar
Acting take it to another level 🔥 his acting skills are exceptional🙂❤#Parizaad pic.twitter.com/dB3GeZdSj1

#Parizaad is one of the best written male character ever in Pakistani drama history and obv #AhmedAliAkbar has just taken it to a whole new level🔥 pic.twitter.com/lFRqVZe97L

me holding my tears while watching #Parizaad like : pic.twitter.com/KI6rlaGPe9

i watched #Parizaad for the second time today and WOAH! Ahmed Ali Akbar's performance is amaaazinggggg! Even my brother who hates paki shows loved his acting.
And that OST is LIT!

So many good things about #parizaad
1)Ahmed Ali Akbar's phenomenal acting
2) the fast paced and unique storyline
3) & the way it's been directed.
You enjoy watching it!

parizaad is the best pakistani show to date, that's it I said it#Parizaad #ahmedaliakbar @AhmedAliAkbar

People were lauding the direction:

Anyone watching drama serial parizaad. Portraying the true Face of this society. Every word of it is riveting. Everyone's favourite colour is black until it comes to skin. #parizaad #humtv

There was praise left and right!

Ahmed Ali Akbar in parizaad. Okay that's it, that's the tweet. If you're following the drama, you already know the aptitude the guy has been blessed with, literally. So so alluring to my eyes. #Parizaad

And lubna's and Parizaad's friendship seems very genuine. I hope it doesn't have an ugly end though. #Parizaad

People were loving the drama for it’s plot!

Are you keeping up with Parizaad? Let us know in the comments below!

Do Women Give It All Up After Marriage? Pakistanis Debate!

Why Do The LSAs Have No Nominations From ARY? Here's The Real Story!