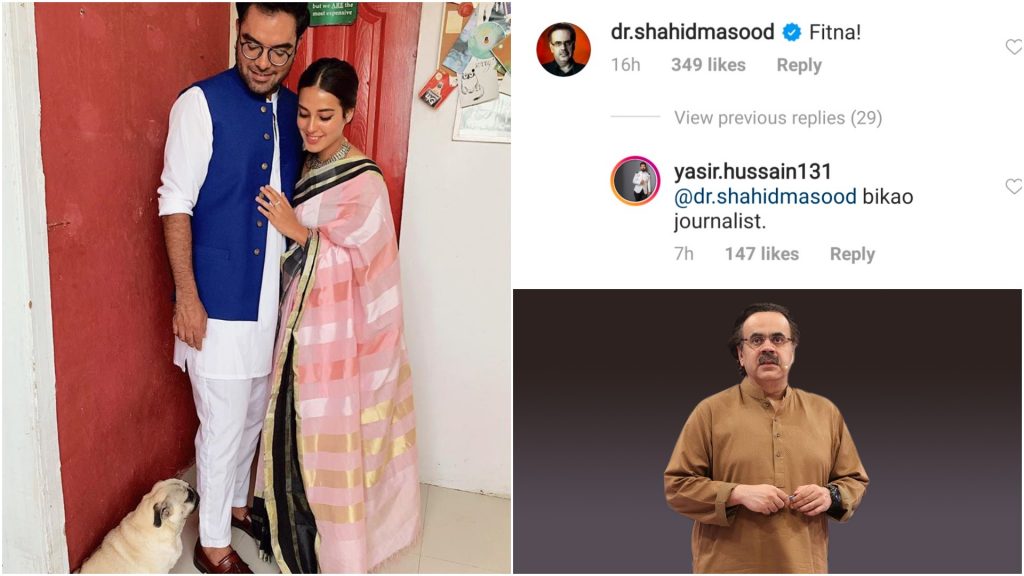 Yasir Hussain and Iqra Aziz have been the talk of the town ever since the Yasir proposed her at the LSA. Some people love them as a couple and some dislike them with a passion. Yasir uploaded a picture with fiance Iqra Aziz and their dog:

And as usual there were mixed comments from the audience, and like he always does, Yasir was answering back to trolls and fans in the comments section. And the internet lost it when journalist dr. Shahid Masood commented on their picture and called them ‘fitna:’

And before Yasir himself could reply, his fans came forward to defend him:

Fans shared how they were disappointed in him:

Many thought it was Shahid Masood who was creating facade: 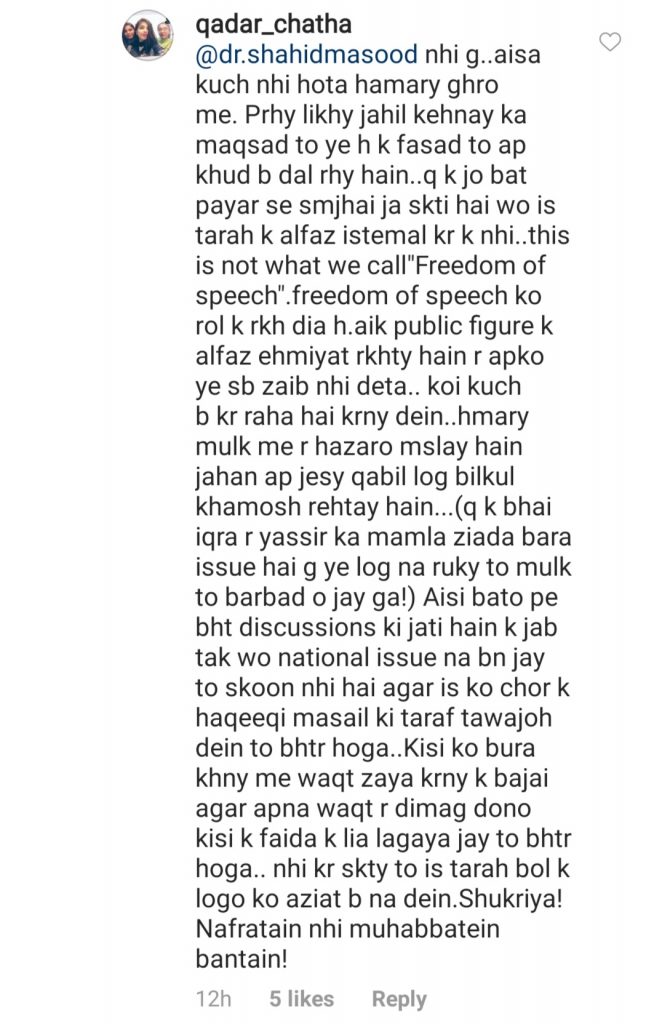 Many thought humans were the real fitna:

Many thought Dr. Shahid Masood shouldn’t have commented on their personal lives

People were furious at him for judging them:

And a handful agreed with him:

And amidst the chaos came Yasir Hussain calling him a ‘bikao journalist’:

And people were lauding him for the befitting reply:

A lot of people thought the account was fake: 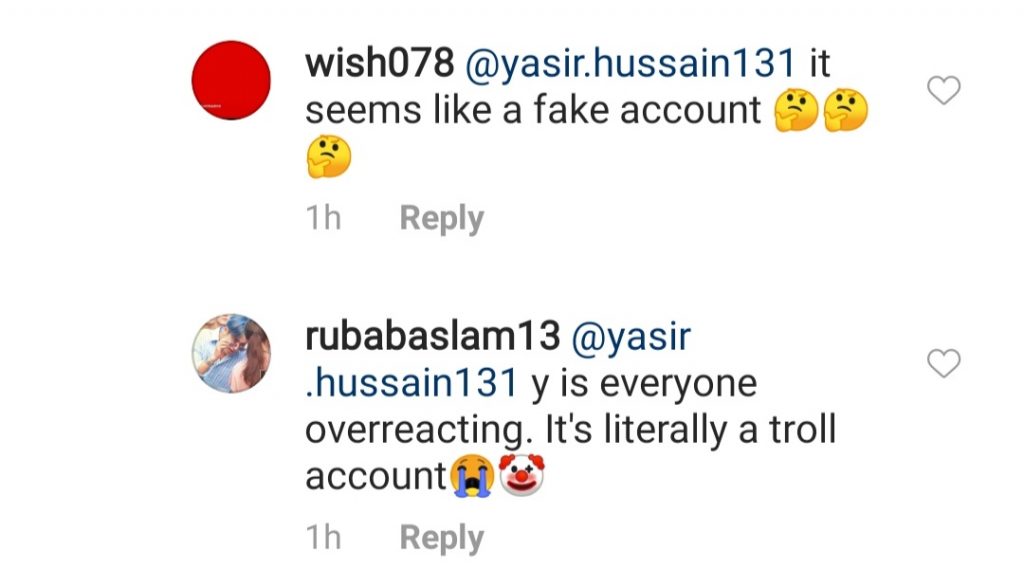 Which, turns out, it was as Dr. Shahid Masood clarified on Twitter:

What do you think about Yasir’s reply? Let us know in the comments below!