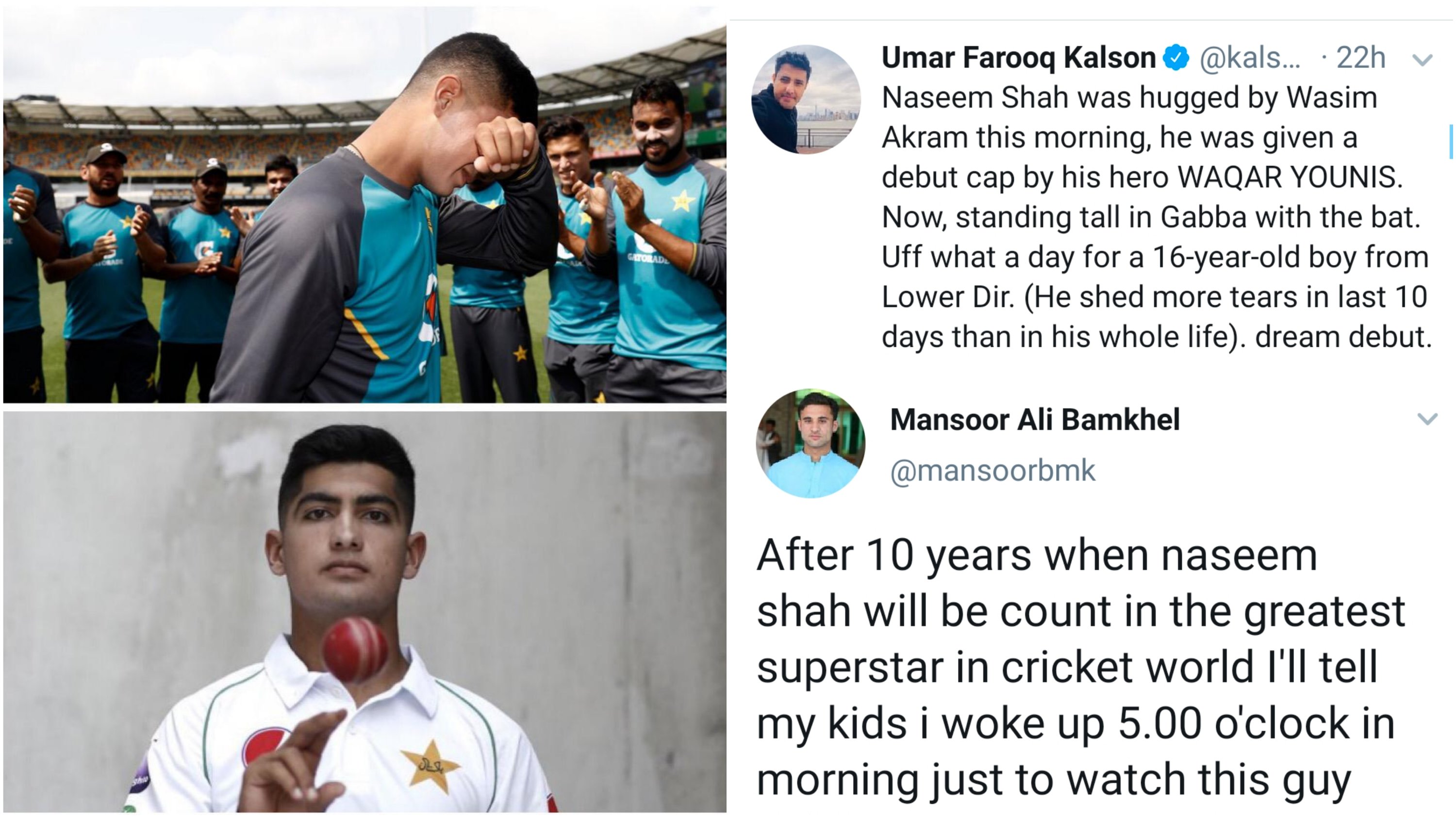 Pakistan’s cricket history is enriched with fast bowlers and Naseem Shah could be its newest hero at only 16 years of age! Naseem Shah is the newest addition to the test squad in the matches being played against Australia and his test debut has had the internet loving him! 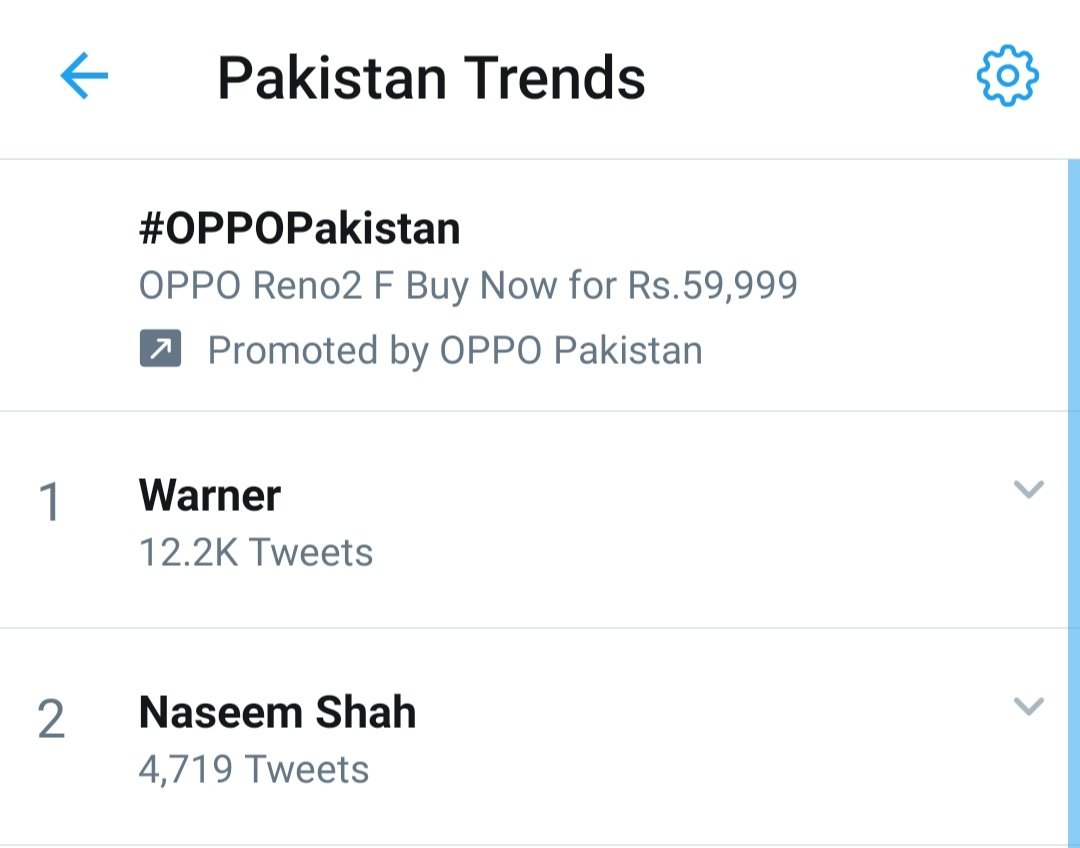 The 16 year old is the youngest male cricketer to play a maiden Test on Australian soil and the internet is full of praise!

After 10 years when naseem shah will be count in the greatest superstar in cricket world I'll tell my kids i woke up 5.00 o'clock in morning just to watch this guy #AUSvsPAK #NaseemShah pic.twitter.com/yO4nFACKEJ

Many were calling it a dream debut:

Naseem Shah was hugged by Wasim Akram this morning, he was given a debut cap by his hero WAQAR YOUNIS. Now, standing tall in Gabba with the bat. Uff what a day for a 16-year-old boy from Lower Dir. (He shed more tears in last 10 days than in his whole life). dream debut.

May have been a dream debut but it was a very emotional one:

His bowling speeds had people impressed:

Some were calling him the new speed gun from Pakistan:

He caught the eye of the international journalists as well:

I've never been more excited to follow the journey of a new test cricket career.

16-year-old Naseem Shah makes his debut for Pakistan vs Australia today, and only days after his mother passed away.

He bowls express speed, and has the heart of a lion!https://t.co/5Ws326Zy7W

Many fans shared how they had only woken up at 5am to see him bowl:

Just to watch this lad bowling, I woke up at 5:00 AM☺️, had a solid lecture by my mother and father one by one🥴🥴but remained stuck before TV persistently😇😇 and he has announced himself veryyyy well in world cricket 😍😍#NaseemShah#AUSvsPAK pic.twitter.com/WBgKi5ncfl

Geez !! This Young Pakistani Quick is Faster than the Shastri Tracer Bullet🔥

He had the spectators gripped with his very first ball at 91.7mph:

The 16-year-old's first ball in Test cricket is an eye-watering 91.7 mph 🔥🔥pic.twitter.com/18byxyKmY2

Naseem Shah’s first over in Test cricket. Nearly all deliveries at 90 miles/hours. The last one at 91.77. Exciting to watch. #AusvPak

Everyone was talking about the potential he has:

This 16 year lad has some serious potential bowing over 140 kph in his first game in test cricket is sensational 💕#NaseemShah pic.twitter.com/UPc6WPil95

He reminded some of Shoaib Akhtar in his earlier days:

His confidence spoke for itself:

Shah sending down some 🔥 to Warner – no shortage of confidence there.

People were also lauding him for th fact that he was on the field soon after his mother’s passing away:

This is so unreal , Test debut at 16 after a week of his mother passed away and Facing fast and furious straci at 150 kmph trying to save a hattrick first ball. #AUSvPAK #NaseemShah pic.twitter.com/3YkyRVE9bV

And while somscepticaleptical about his age, many reminded them how this was not a game of underage cricket:

This isn't underage cricket. It doesn't matter how old he is. Just enjoy watching him bowl rockets please. #NaseemShah

Some had advice for him:

#NaseemShah has to learn quickly
Speed alone won't get him wickets at this level
It's pitching the ball in the right places
its variation and guile
A lot to learn and very quickly otherwise AUS may make 240 without loss #PAKvAUS pic.twitter.com/495AHAUwuH

People were predicting a bright future for him:

Naseem shah was great he bowled with pace and aggression but I still think he is way too young to be your strike bowler it's unfair to ask him to do wonders on a debut game ….saying all that he is got a bright future ahead of him #NaseemShah #PAKvsAUS

What do you think about this young boy doing wonders on the field? Let us know in the comments below!

8 Pakistani Models That We Can Thank Khawar Riaz for Introducing to the World!

Inside the Atelier: 10 Most Happening Pakistani Designers Reveal the Senior Couturiers They Are Inspired By!