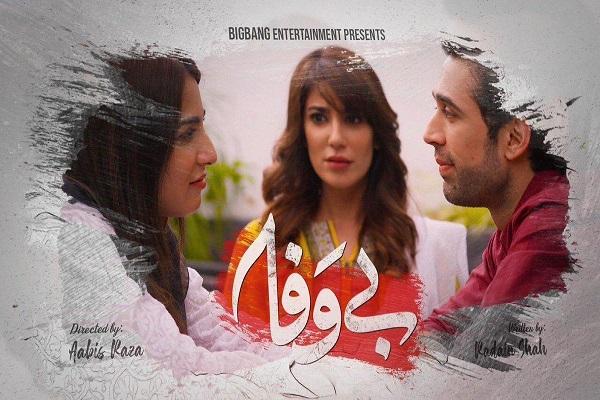 Produced by Fahad Mustafa and Ali Raza Kazmi, Bewafa is somewhat of a hard pill to swallow for the masses in Pakistan. The story revolves around Kinza (Navin Waqar) and Ahaan (Ali Rehman Khan) being married for 6 years and Shireen (Ushna Shah) being the other woman in their relationship.

As much as our people love bashing the drama, all it does is actually mirror the society and what goes in it. Many think that dramas like Bewafa encourage cheating spouses when its actually the opposite, and today we’re telling you why everyone can pick a little something from the drama.

Bewafa features Navin Waqar as Kinza who is a rather controlling wife, swayed away easily. The drama begins with Kinza’s bhabhi sharing how she thinks her husband is involved with some other woman. And that very conversation leaves her doubting her husband Ahaan played by Ali Rehman Khan. And that’s when problems begin!

Ahaan is a rather sleazy husband who instead of expressing himself, prefers to let things pass on their own. 6 years being married to Kinza and Ahaan still doesn’t quite open up to Kinza about how he feels and how he wants things to be. With the assumption that he’s living an unhappy and monotonous life with Kinza, Ahaan befriends Shireen who is a colleague at work and has feelings for Ahaan. Ahaan shares all his problems with Shireen rather than Kinza and Shireen, desperate to change her life financially, becomes Ahaan’s shoulder to cry on.

Belonging from a lower middle class family, Shireen is the bread winner for her rather greedy family. In an attempt to escape her family, Shireen takes it upon herself to move out asap. Knowing that Ahaan is married and a father to a boy, Shireen willingly decides to be the other woman in the relationship who tactfully tricks Ahaan into thinking that she’s selfless and only wants Ahaan to be happy with his family. Her trickery works and Ahaan marries her! 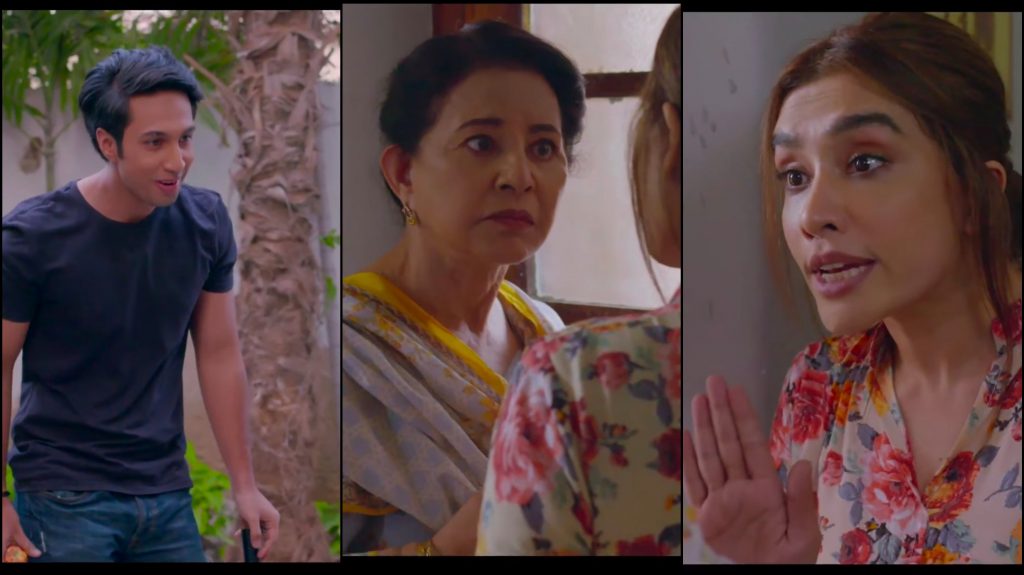 Shireen’s family is nothing but greedy and toxic, they all see Shireen as their only means of earning. The family barely has the notion of wrong and right when it comes to money, you see the mother encouraging Shireen to be the other woman in Ahaan’s life and she plays an important part in getting the two married with her lies and deceit. Same goes for Shireen’s brother, who is initially against the doings of Shireen but changes sides completely when he sees Ahaan’s wealth and willingness to marry Shireen.

The drama also highlights the popular maid culture in many households. Kinza and Ahaan’s son Hashir is mostly left with a maid to take care of him but she’s rather a nosey, greedy and unprofessional maid who mistreats Hashir and threatens him to not tell anything to his parents. We also see her being very nosey and enjoying seeing the family suffer altogether. And as much as Hashir tries telling his parents about the maid, his complaints are often overlooked by his parents.

And it’s not just us who think the drama can teach a lesson to many:

Many think that married men especially can learn a thing or two about the other women:

#Bewafa drama is perfect representation of those women who make happily married men fell for them.

Many hate how manipulative Shireen is:

Omg!!! Wot a cow, how Shireen manipulates Ahaan, I so want to give her a slap, and I don’t believe in violence! Lol. Now Ahaan has married her, y Ahaan y!!! 😭😭😭 #bewafa @alirehmankhan

In short, anyone can be trash, regardless of their gender:

#Bewafa is such a depressing drama. Shows how men can be trash in a different aspect and how a woman is the biggest enemy of another woman 💔

You realise how true this is after you’ve watched Bewafa (pakistani drama) https://t.co/IvKFZhjReO

Are you keeping up with Bewafa? Let us know in the comments below!

Wedding Diaries: 10 Karachi Salons to Consider for the To-Be Bride!

The Ministry of Human Rights Spreads Awareness About the Rights of the Girl Child With Truck Art!