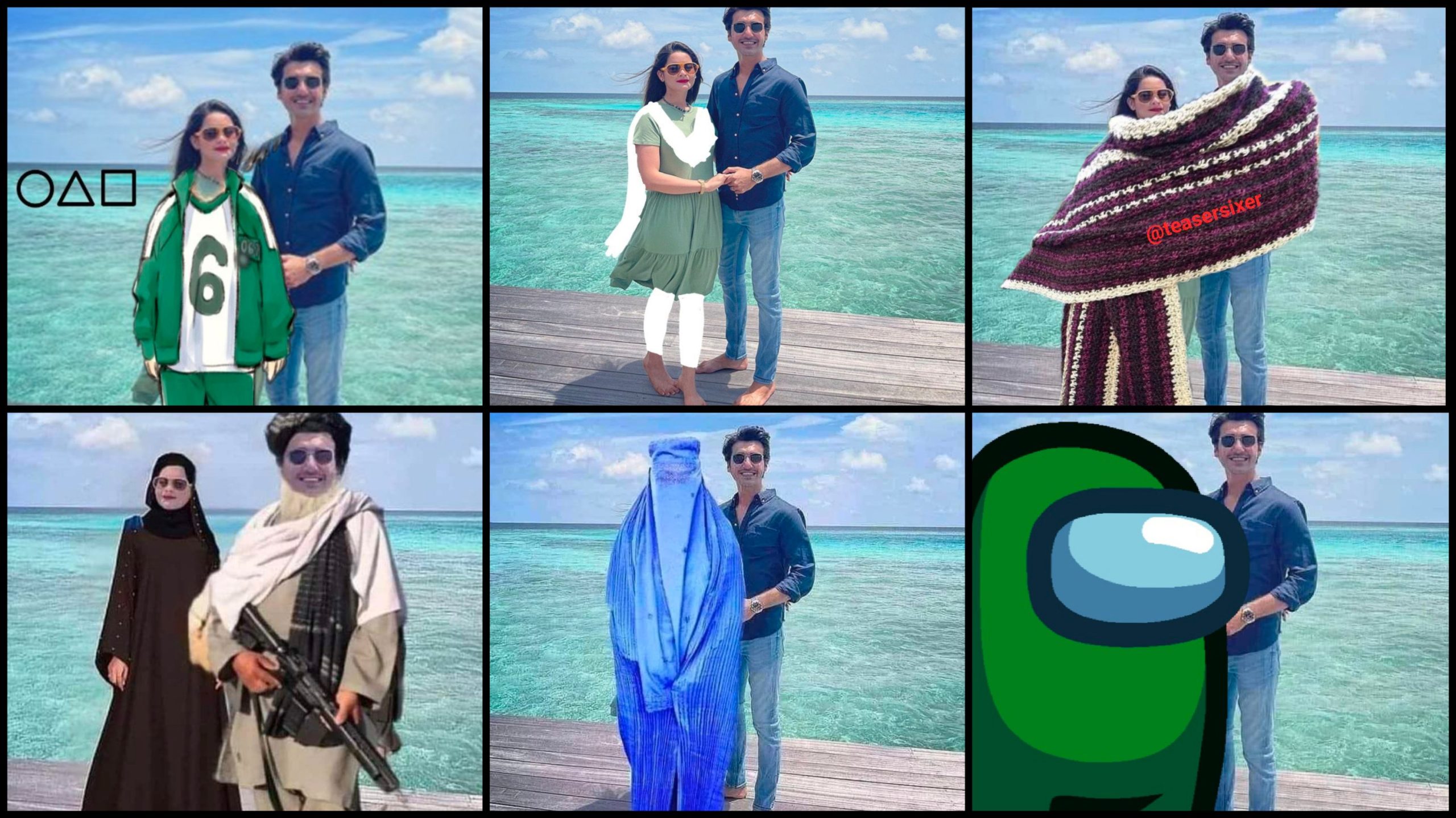 Newlyweds Ahsan and Minal are having the time of their lives as they enjoy their vacation in Maldives and Dubai. Sharing the experience with fans via their posts and stories, the two have been quite the talk!

A few days back, Ahsan shared a picture of the two at the Maldives captioned ‘live and let live,’ which triggered a ton of people as they seemed to have a problem with Minal’s dress:
Insert ss

And while some were questioning her choice of attire, others were busy fixing it!

Minal upload pics with her husband,
Paki awam be like 👇🏻🤣💯#MinalKhan pic.twitter.com/iQQTUWLBzK

Lmao, people came out with a full collection:

İ just saw #MinalKhan trending and i opened the tag to this.
Pakistanis are on another level 😂😭 pic.twitter.com/SoxOjnWQ3n

And while others were busy ‘fixing’ the problem, many believed there was nothing that needed to be fixed in the first place:

Stop being judgmental, it’s her choice 🙂 her honeymoon, her husband, her money 🙂 her ……

Her dressing is completly her choice..just stop trolling her everybody has to gave their own answers in their grave ,so who the hell are you? Are you prefect?or are you confirmed jannati?#MinalKhan pic.twitter.com/ZiP43gv95M

People loosing control on Minal's picture
I think dressing is a privat choice of every individual.😱😱
#MinalKhan pic.twitter.com/EySfuYbDDI

What do you think of the awaam’s reaction? Let us know in the comments below!

Rang Mahal Comes To A Fitting End & Fans Are Already Requesting A Season 2!