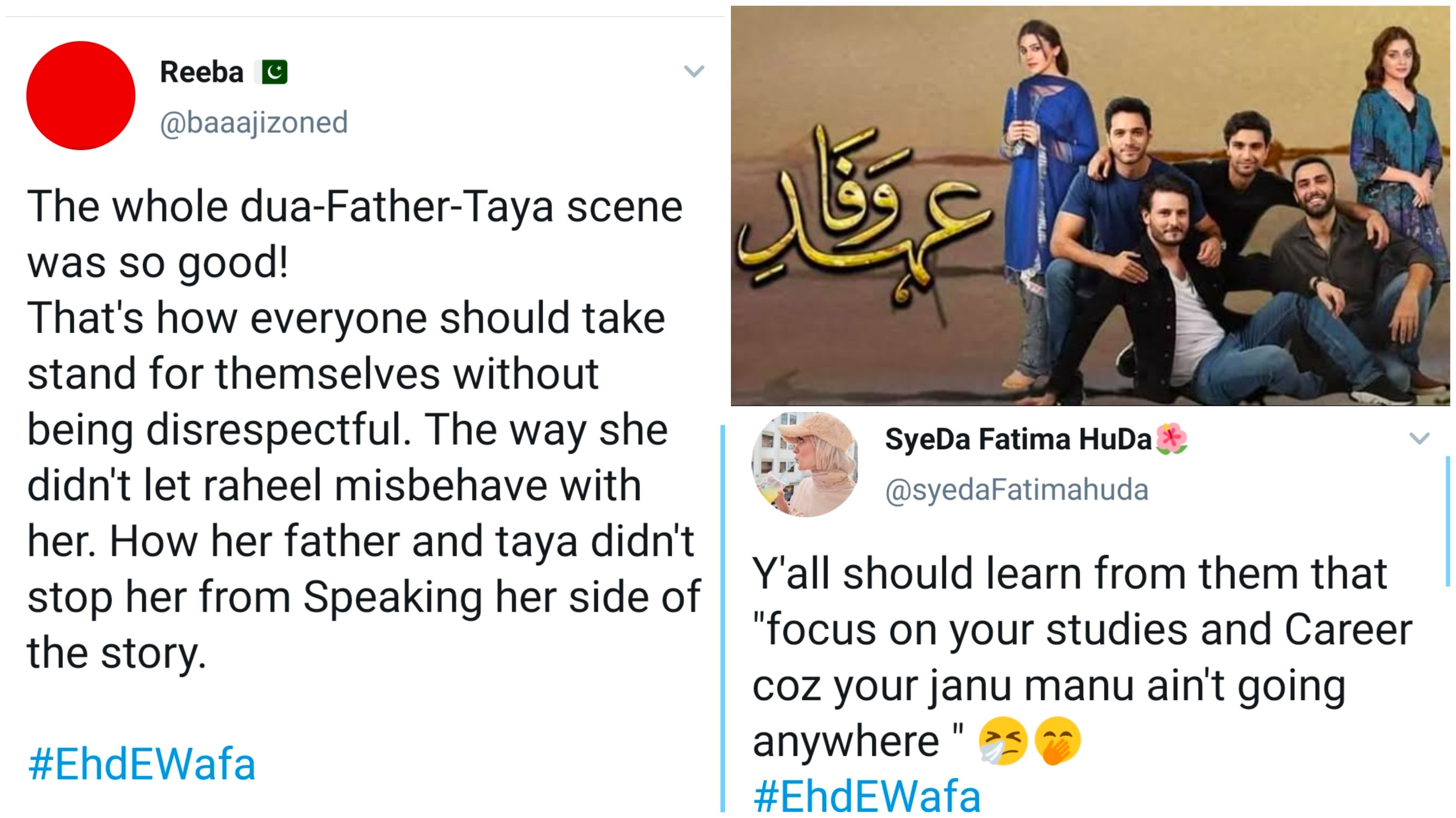 Ehd e Wafa is a favourite all around the country, the friendship, the journey, the training and the struggle, everyone can relate to one thing or another. Last night’s episode took a then for good as Saad and Dua put their friendship on hold to focus on their respective careers and the internet has been loving it!

The whole dua-Father-Taya scene was so good!
That's how everyone should take stand for themselves without being disrespectful. The way she didn't let raheel misbehave with her. How her father and taya didn't stop her from Speaking her side of the story. #EhdEWafa

Watching our favourite boys grow fills us with so much gratitude!

Not all doctors are the same:

The behavior of Saad's mother being a doctor with the patient was impressive but in reality humanity doesn't even exist in doctors…#EhdEWafa pic.twitter.com/38BA3pLmLn

When nibba and nibbi have a date in park, meanwhile mohalay ki aunty 😂😂 #EhdEWafa pic.twitter.com/xIfFYuE5Ot

A lesson for all the kids and parents indeed:

Y'all should learn from them that "focus on your studies and Career coz your janu manu ain't going anywhere " 🤧🤭#EhdEWafa pic.twitter.com/UoRTFuk8om

After watching Ehd e wafa today i decided to focus on my goal rather than wasting my time on girls etc.

From now my goal is to be a Captain inshaAllah.
Wish me best of luck
Thank you so much dear sir @peaceforchange for giving us such a great motivation.#Ehd_e_wafa #EhdEWafa

Every dad should be the same:

Beechara Cadet. I think he is alone of his parents. Gulzar will show him what is Army.😂 Very interested to see him soon #EhdEWafa pic.twitter.com/xlRXBqDJUx

How did you like last night’s episode? Let us know in the comments below!

Meray Paas Tum Ho wins the internet yet again as Mehwish goes from beware to bechari!

Diva 2019 Round-Up: All Things in the Entertainment Industry That Won Our Hearts Over This Year