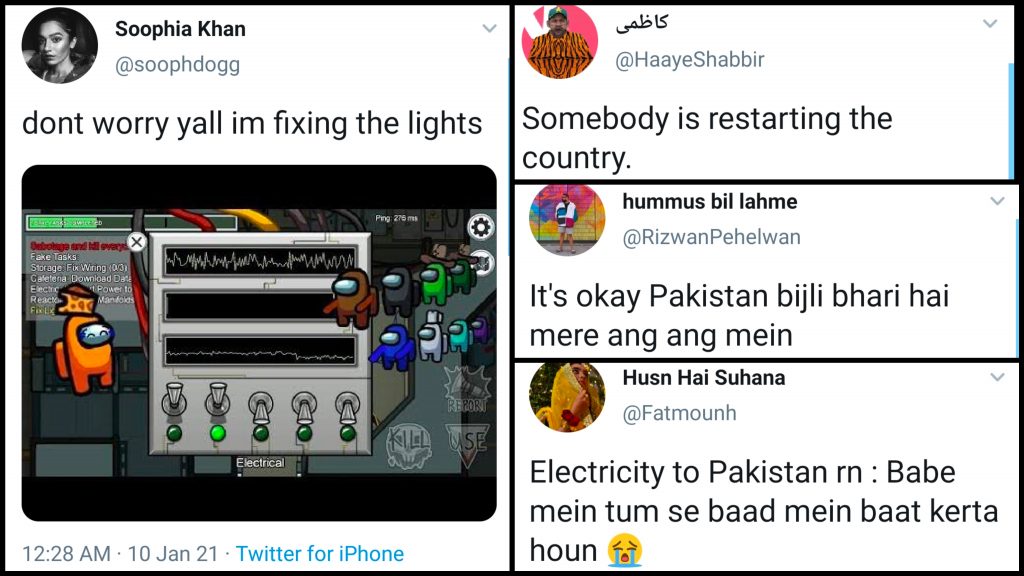 Pakistan witnessed a country wide blackout on Sunday, roughly after midnight. The outage was caused by a fault at a power plant in the south of the country.

And while the country plunged into darkness, netizens were keeping social media lit with memes!

Behind the scenes at WAPDA for this blackout to happen pic.twitter.com/m7QByBfqbE

Guys, this is the real reason behind the countrywide blackout. pic.twitter.com/GWEl4796a2

When you realize that even light is going to come back sooner than your crush's reply:#blackout pic.twitter.com/kHtn6iSt3a

Now checking to see if the Simpsons predicted this too.

Nationwide electricity gone. Happens every few years. Real deal is when electricity comes back on and national anthem is playing on the television.

Somebody is restarting the country.

People were also calling out on Zaid Hamid for spreading panic:

Can the folks at @space_station please post a picture of Pakistan right now?

The memes were so lit that people wanted a blackout more often:

Didn't realise TL would be this entertaining. We should do this twice a year.

What memes did you enjoy the most? Let us know on the comments below!