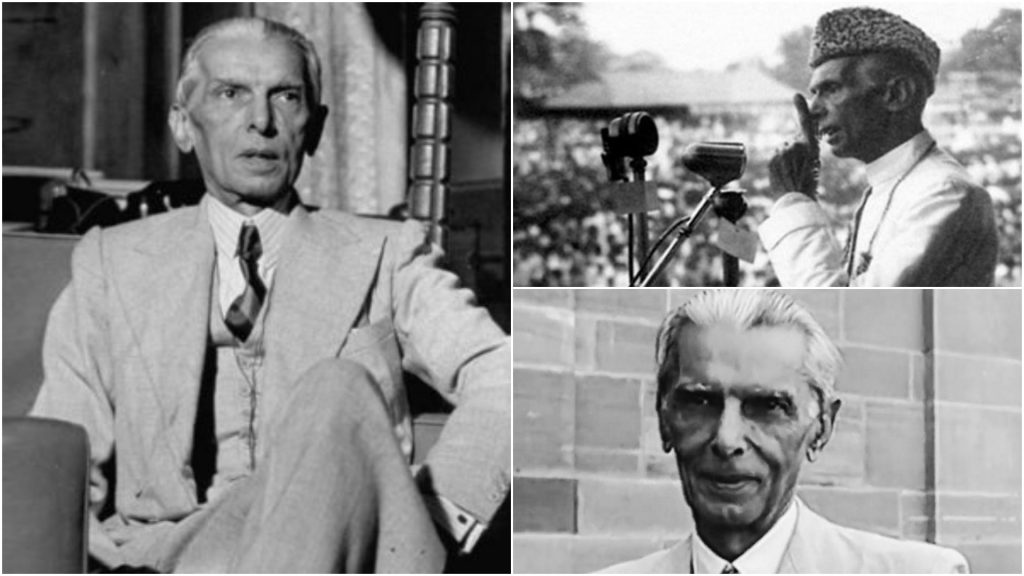 The father of our nation Pakistan left us too soon in 1948, only a year after we got our independence but his words have lived with us all this time. Today, the nation remembers Muhammad Ali Jinnah in his own words as the hashtags #QuaideAzam and #Jinnah trend as the top 2 hashtags on Twitter: 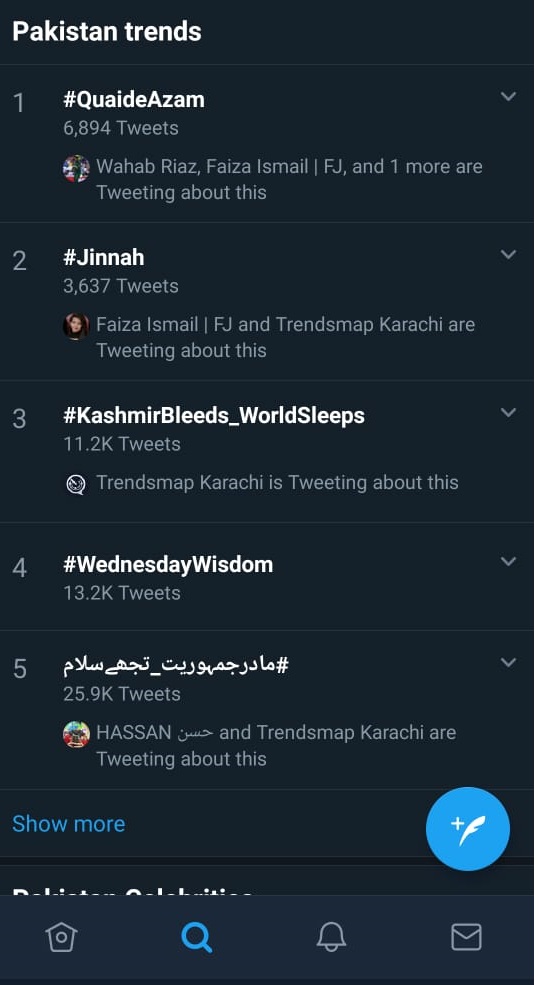 The nation has learn a lot from his speeches, here are some of his most iconic phrases to live by:

"There is no power on earth that can undo Pakistan" #QuaidEAzam Muhammad Ali Jinnah pic.twitter.com/N3u0A3R8IV

On the importance of decision making:

“Think a hundred times before you take a decision, but once that decision is taken, stand by it as one man.”#Jinnah #Pakistan pic.twitter.com/hbGBLs4G80

Quaid-e-Azam on freedom to practice any religion in Pakistan:

On the importance of education:

"Develop a sound sense of discipline, character, initiative and a solid academic background. You must devote yourself wholeheartedly to your studies…"#QuaideAzam's reply to address presented by Islamia College Students, Peshawar,12 April, 1948. #Jinnah_The_Leader #Jinnah pic.twitter.com/AuFGEmzef5

On the importance of keeping all grudges aside and working together:

On the well being of people:

“If we want to make this great State of Pakistan happy and prosperous, we should wholly and solely concentrate on the well-being of the people, and especially of the masses and the poor.”- Muhammad Ali Jinnah#Jinnah #Quaid_e_Azam pic.twitter.com/HrWZOSJhL8

Quaid-e-Azam on Kashmir and what it meant to Pakistan:

On what a terrible disaster the United India would have been:

Quaid-e-Azam, the great visionary, said:
"Any idea of a United India could never have worked and in my judgment it would have led us to terrific disaster." (11th Aug47)

On the power of the pen:

There are two powers in the world; one is the sword and the other is the pen. There is a great competition and rivalry between the two. There is a third power stronger than both, that of the women.#QuaideAzam

On the armed forces:

Muhammad Ali Jinnah on our duty to state:

"Our duty to the State comes first; our duty to our province to our district, to our town and to our village and ourselves comes next."#QuaideAzam's speech at Islamia College, Peshawar, 12 April, 1948.#FounderOfPakistan #Jinnah_The_Leader #Jinnah pic.twitter.com/YLSooDPk0P

On being a democratic society:

Democracy is in the Blood of the Muslims, who look upon complete equality of mankind and believe in fraternity, equality and Liberty ___Muhammad Ali Jinnah#QuaideAzam#Jinnah pic.twitter.com/cXAGOcrlfL

Quaid-e-Azam on faith, unity and discipline:

"With faith, discipline and selfless devotion to duty, there is nothing worthwhile that you cannot achieve".
It's been 71 years since Quaid e Azam departed.#QuaideAzam pic.twitter.com/nfjqdIn3Hb

"Pakistan not only means freedom and independence but the Muslim Ideology which has to be preserved, which has come to us as a precious gift and treasure and which, we hope other will share with us."~Quaid e azam Muhammad Ali Jinnah #QuaideAzam #Jinnah #Jinnah_The_Leader pic.twitter.com/7vGFpx06hx

On all men being equal in the eyes of Allah:

Pakistan owes it's existence to #Jinnah's tenacity & courage.
Remarkably, his words were an inheritance from teachings of Prophetﷺ
"All men are equal in the eyes of Allah."
By #Jinnah's passing away, we've lost one of the our greatest statesmen, life-giver and guide.#QuaideAzam pic.twitter.com/2ODaCiHHnG

A man who literally worked till his last day for Pakistan, Quaid-e-Azam Muhammad Ali Jinnah is a hero who shall never be forgotten, his words shall live on for centuries to come and his dedication and vision shall be idealized by the generations to come. Thank you Muhammad Ali Jinnah fir giving us a country that we can call our own, free from Hindu raj.

Thyme – Adding a Touch of Class to Karachi