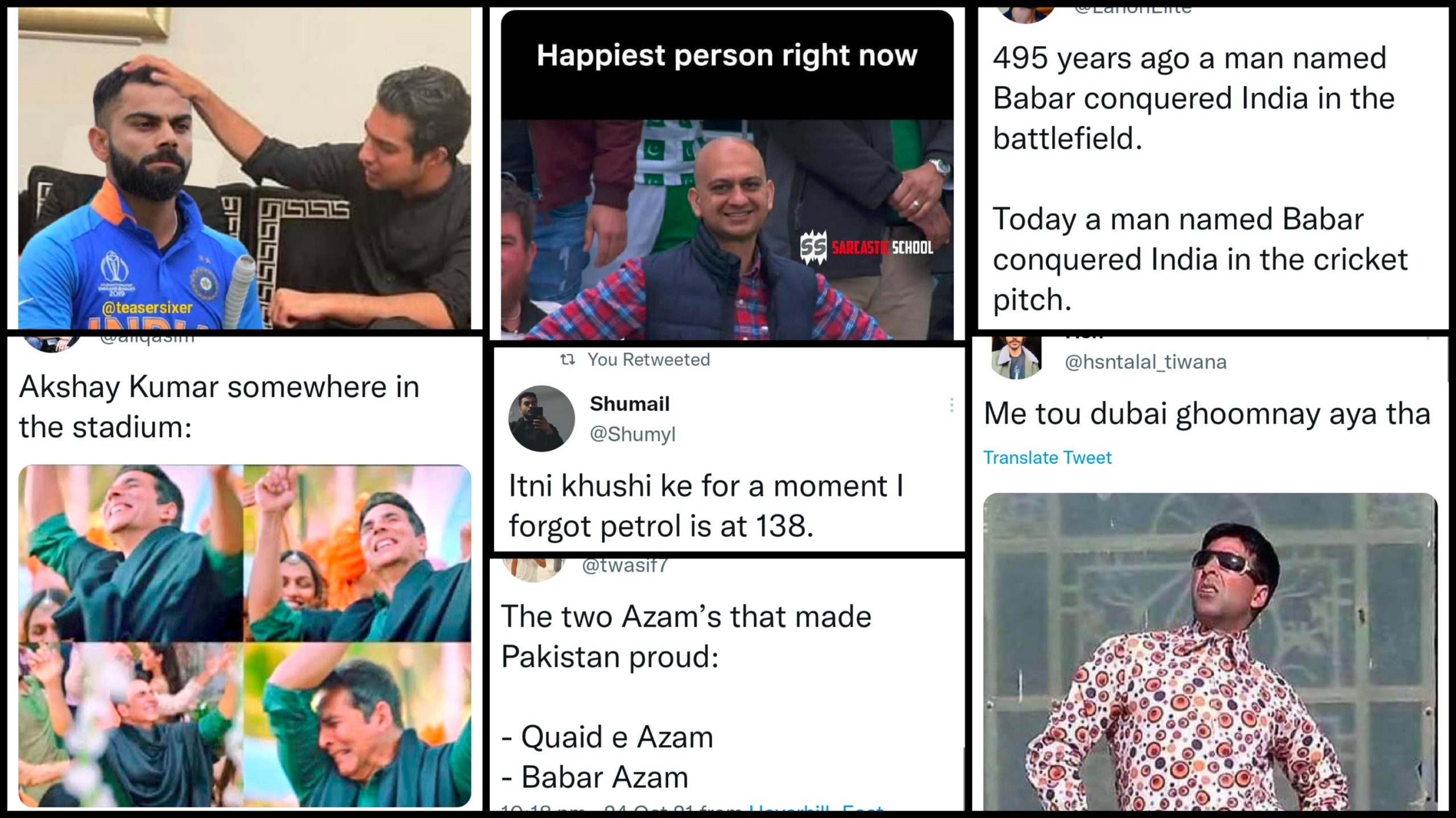 Pakistanis just witnessed history being made yesterday as they beat India by 10 wickets. The team’s excellent performance has made the nation extremely happy and proud.

And whether we win or lose the match, one thing India can never beat us at is our meme game, which of course was wild last night!

Shaheen always to the rescue!

This one’s for you, SRK!

It is what it is!

The two Azam’s that made Pakistan proud:

I've been watching Indian cricket for 3 decades and since the 90s its all the same, when we play Pak, a guy called Afridi ruins the day for us, that's just the law, the Indian players change, Pak players change, even the Afridi changes but the Ruined By Afridi thing is forever

Akshay Kumar had quite the memes made on him:

Careem promised refunds to everyone who ordered yesterday and scenes kuch aisay hain:

This is what happens when the person cheering from your stands is Akshay Kumar and Shahrukh Khan is worried for the safety of his family.

People were checking up on the neighbours:

How is India dealing? We've developed coping tactics, a whole genre of humour over the years.. they have nothing ??

Itni khushi ke for a moment I forgot petrol is at 138.

495 years ago a man named Babar conquered India in the battlefield. 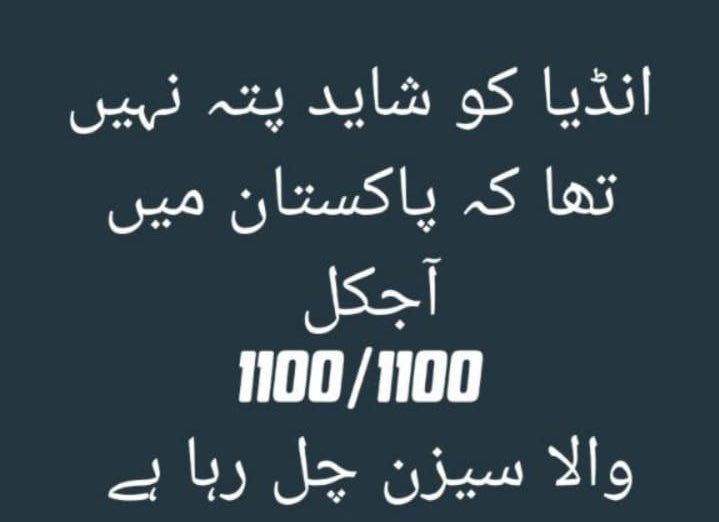 All hail to the king!

Have been so high on happiness. The McDonald's guy extended hand for cash and I kept shaking his hand until he said, "Sir 470 hogaye hain" 😭😭

If team keeps playing well like this, I think at least two of my childhood traumas can be fixed tonight

Is this the best Monday in the history of Mondays?

Life’s come to a full circle!

I have lived for this moment pic.twitter.com/DIeokN1GoX

Did you witness Pakistan’s iconic win against India? Let us know in the comments below!

Celebrities Ask Chai Chahiye & Lipton Has The Most Iconic Reply To Them: Konsi Janab, & You Know The Rest!