Ever since the inception of the Inter-Service Public Relations wing of the Armed Forces of Pakistan, it has been a shining beacon of hope that has connected the local citizens of the country with many stories from the brave and resilient men and women of the military. In the last few years, however, it has gone even bigger by going from strength to strength – the latest example of which have been Sinf-e-Aahan & Aik Hai Nigar.

Celebrating these mega-popular projects, the ISPR invited a list of coveted journalists from Pakistan’s gleaming lifestyle and entertainment clusters to witness the glorious conclusion of Sinf-e-Aahan that has made the whole of Pakistan super-proud with its narrative of the powerful women, who make our military forces a force to be reckoned with. Held during the Eid-ul-Fitr holidays, the compendium of journalists and stars of all the ISPR projects, including Kubra Khan, Yumna Zaidi, Syra Yousaf, Dananeer Mobeen, Mahira Khan and Bilal Ashraf, along with other big names like Samina Humayun Saeed & Sana Shahnawaz, and Nadeem Baig were all flown together from Karachi to the event.

Welcomed in the traditionally warm style of the Armed Forces of Pakistan, every journalist was made to be felt proud of being a Pakistani, as the military realm and the media industry coalesced into the perfect mélange of proud citizens of this strong nation. The journalists were all provided with comfortable accommodation at the Pearl Continental Hotel in Rawalpindi, from where the caravan took its next step towards the ISPR headquarters. 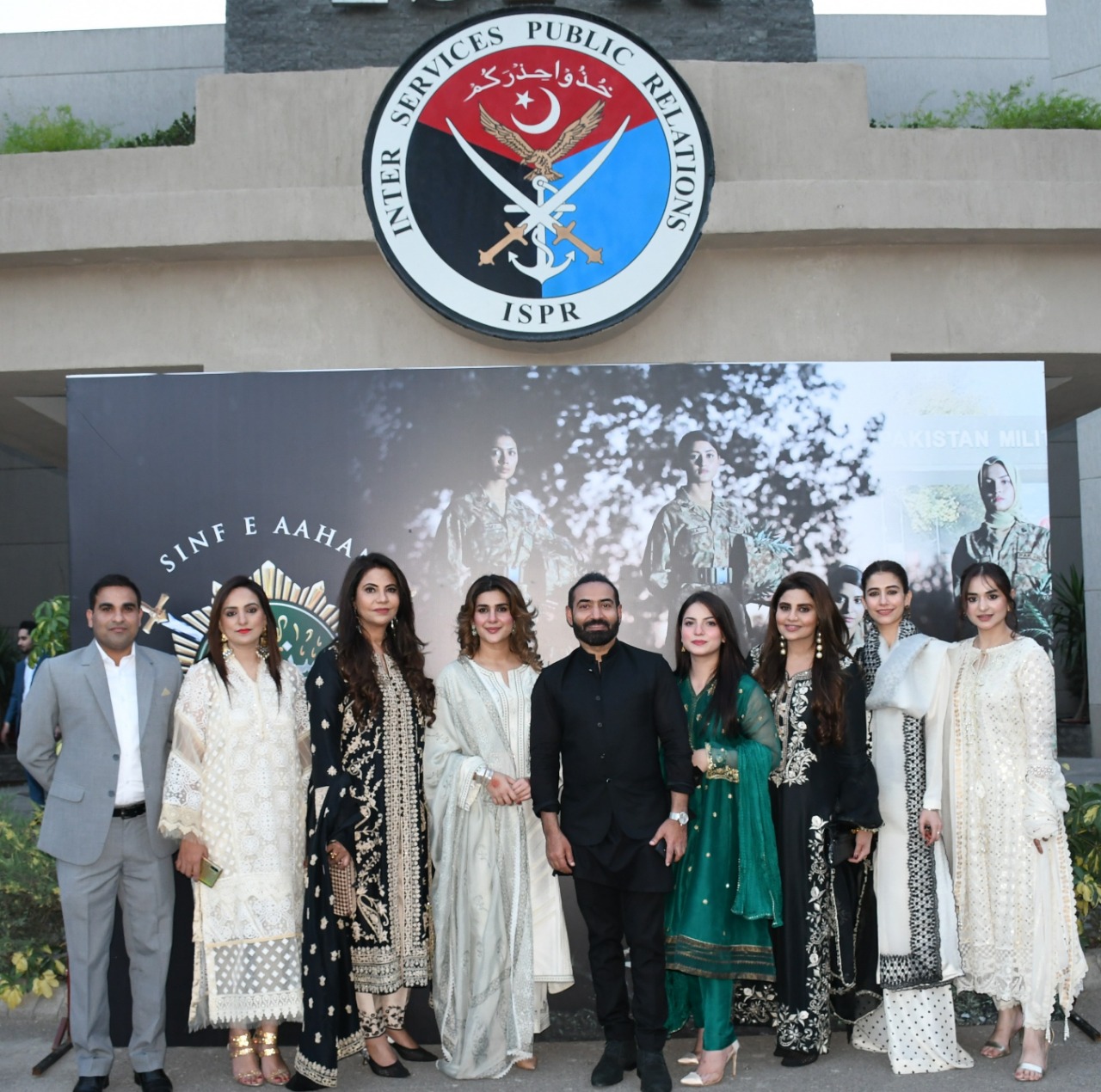 At the ISPR Headquarters the journalists were provided with a prestigious chance of meeting with the DG of ISPR, Major General Babar Iftikhar at his office, which not only is part of the glorious complex but also provided resplendent views of the property. Here, it not only made Diva and all the other platforms invited feel fortunate to be meeting one of the most important figures of the country but also was a moment of pride that such a man has contributed so much to evolving the narratives connected to the military in the country.

During the meeting, Gen Babar ensured that each platform understood that the military’s public relations wing is in all-understanding of how the media functions in the country. He went on to further support the positive growth of media in the past few years, which has borne fruit in the shape of a successful digital and broadcast boom in the country. The conversation also veered towards the increase in propaganda and fake news in the country, for which too, the ISPR has taken counter-measures which are proving fruitful for the country. Such measures, the DG ISPR, commented were a need of the hour, especially as digital media grows.

During the long and informative conversation, the DG ISPR also went over previous projects like the NASFF, which as his personal initiative to get short films produced on various themes in Pakistan proved to be one of the best initiatives for the filmmaker youth, who got a chance to win a one-year-long course scholarship at the prestigious New York Film Academy in Australia. Such projects, which not only encourage the youth but also creates chances for them to go and represent Pakistan on a global scale are proof that the ISPR is paving the way for a more internationally-available Pakistan, where our youth will be able to compete with any other content creator across the globe.

Post the extremely-positive meeting with the DG ISPR, the girls who represent the powerful visuals seen on screen with Sinf-e-Aahan graced the meeting, as everybody was moved to the GHQ – the central command of the Pakistan Army – to watch the finale episode of the series that the whole nation talking at the auditorium. At the screening, the journalists were made to feel even more proud when the living legend herself, Lieutenant General Nigar Johar Khan was in presence. Her overall grace and her resilience were visible in her demeanour, and it truly served as a moment that one couldn’t have enough of. 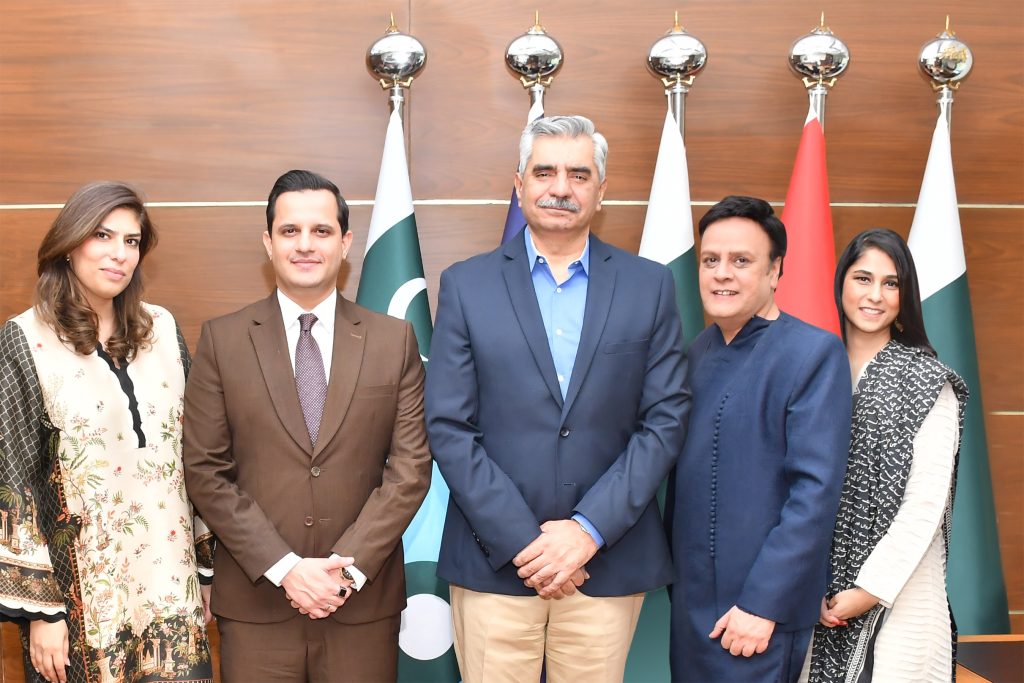 Adding on to this, the Chief of Army Staff was yet another entry that had everyone gleaming in his honour. COAS Gen Qamar Javed Bajwa, not only welcomed everybody to the screening but also met with the ensemble cast of the show, before warmly meeting Mahira Khan and Bilal Ashraf as well – who represented the stupendous team that worked for Aik Hai Nigar. He then continued to also pass his greetings to the esteemed body of the media that felt extremely honoured to be in his presence as well. With that, the screening of the powerful finale commenced, and one cannot help but say, it left each eye wet with tears over how emotionally crafted it all was.

As the day passed and the episode ended with roaring applause and appreciation, the team of journalists were all provided with a wholesome feast and a shield-distribution ceremony to all the stars behind the two projects, which proved how well the ISPR has created a connection with the entertainment platforms of the country.

In the end, the chitter-chatter amongst journalists, the stars and the stalwarts of the Armed Forces concluded in the perfect event that made everyone realise what important role the ISPR plays in creating an image for the betterment of this country and developing a nation-budling ideology, which is truly, the need of the hour. One could just wish that such events could continue to be a shining beacon for our industry, and that this partnership of trust between the ISPR and entertainment platforms continues to flourish.

Five Reasons Why Ushna Shah Is The Talent She Is!