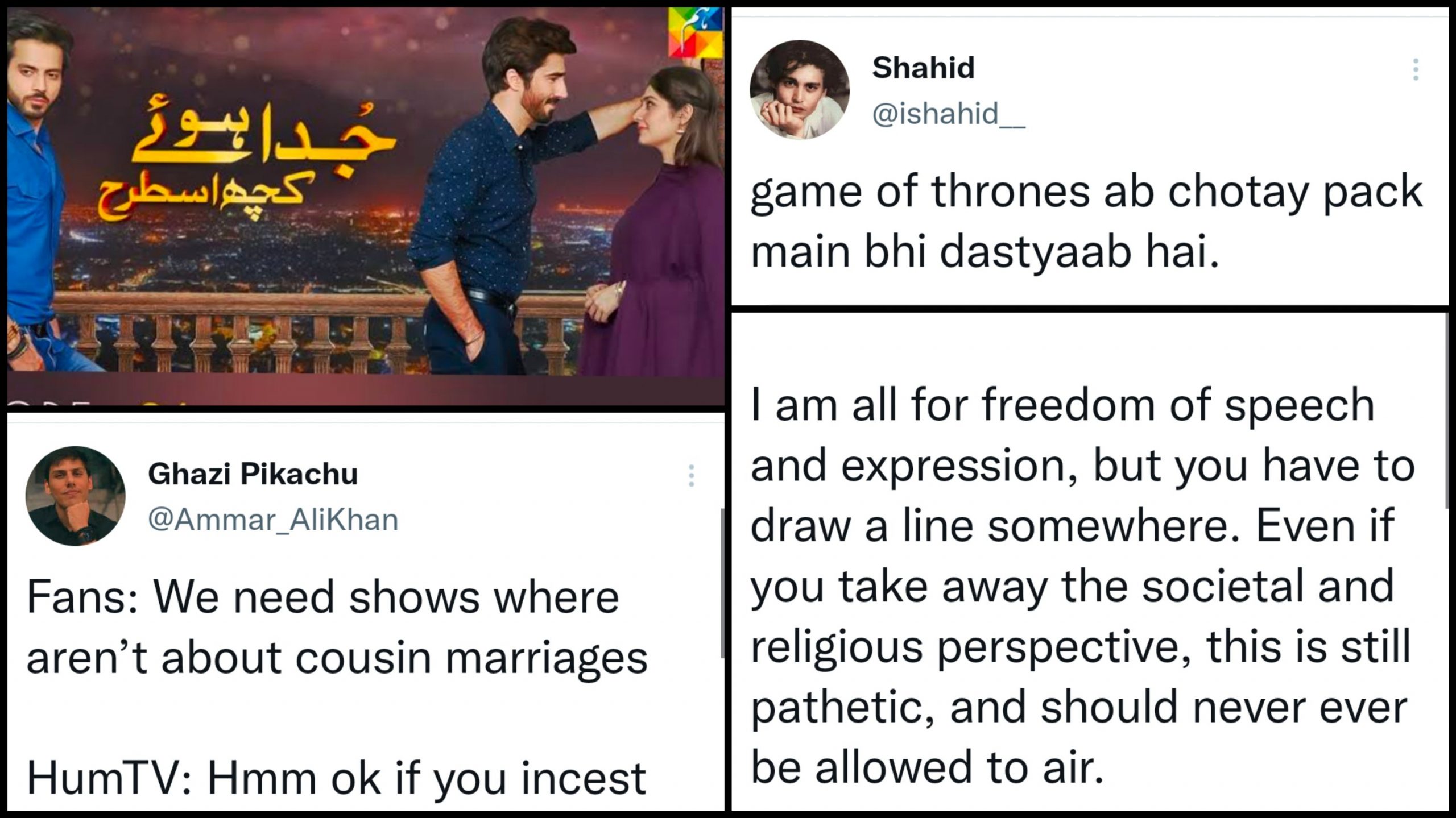 Every now and then there comes a drama so bold that it makes us question if it’s gone way too far, and while we crave for refreshing plots and nail-biting twists, one, in particular, has netizens up in arms!

HumTV’s drama serial Juda Huay Kuch Iss Tarhan revolves around the plot where first cousins who got married turn out to be foster siblings, and to add to the story, they’re even expecting a baby. And while the drama will, hopefully, offer a solution to the problem, it’s exceeded what the netizens could take:

HUMTV decided to step away from consanguineous cousin marriages, but managed to make a drama about sibling incest??? pic.twitter.com/iHn0ZrBc2W

Some weren’t too surprised!

People were calling it a prequel to Game Of Thrones:

Thinking out of the box 🤡

All what's left is launching that Baby into our outerspace and then we'll have a great tv show https://t.co/bjHBPXktYW

Fans: We need shows where aren’t about cousin marriages

Even we’re confused at this point:

I don't get it. They're brother and sister, but they're married to each other?? https://t.co/9PTgfQ88nx

Something new and different FINALLY https://t.co/AgJvv1XPeH

People were suggesting SNC for the writers:

People were looking for Ansar Abbasi and PEMRA:

where's that pemra ban when you need it https://t.co/6kCytimXDZ

WHAT THE FUCK. where is Ansar Abbasi now? @reportpemra ???? https://t.co/pvDAX2jiVY

Not the new people were looking for:

Pakistanis to drama writers: Stop writing about cousin marriages all the time! Do something new!

People were appalled to see who the writer was:

I wonder who is this sick minded to even think of a script this filthy, let me just Google the person who thought of this disgusting plot real quick…oh never mind! It's Khalil Ur Rehman. Poetic. https://t.co/5As9OE30Ga pic.twitter.com/RoupiOu8rK

What do you think about the plot? Let us know in the comments below!

Pakistanis Share The Fondest Memories Of Their Grandmothers & It's The Most Heartwarming Thing!

Keeping Up With The Met Gala Memes: The Best Memes We've Seen So Far!