The realm of television in Pakistan has gone through its own evolution through the decades, and many things once visible on the small screen have been bid farewell to – for better or worse. Amidst such disappearances from our television sets has also been the utter loss of strong-willed narratives, that go beyond the formulaic grasps of mundane soap operas. Fortunately, there are still some names out there attempting to bring narratives with a cerebral conscience back to television with dramas like Badshah Begum, and they seem to be succeeding at their mission.

Introduced on the HUM TV Network through a partnership by filmmaker and producer Rafay Rashdi with MD Production’s Momina Duraid, as a modern-day take on the underbelly of rural life, where the concept of Pir-Murids, dynastic politics, and the subservience of a community still exists, Badshah Begum goes beyond just representing the mundane as it delves deep into bringing a unique perspective onto all the aforementioned themes.

But what took so long for it to make it to the mainstream?

“I had been holding on to this project for a while and I felt that it was important that it should be showcased on a major platform,” Rafay Rashdi explained to Diva. “Back then, I was unable to find a platform, but with the passage of time, it caught the attention of Momina Duraid, who read the story and understood the context of why it should be showcased on HUM television.”

Momina Duraid, whose MD Productions has been a bastion of quality entertainment also discussed why she chose this project to collaborate on with Rafay Rashdi.

“The creative process from my end is of the story first. Does it fit? Will it appeal to viewers? Does it have interesting characters? Then it comes to choosing the right kind of director, actors and performances to enhance the screen. These are necessary elements,” Momina explained about the process behind choosing this as a script. “I had read the script and advised Rafay of the right sort of pointers that were necessary to give the content the flavor to be relatable in modern times and our television audience. Rafay has managed the production with our team at MD Productions on board as joint collaboration. The experience has been professional.”

The drama, which explores the narrative of a powerful man named Shah Alam, who has two sets of children by his two wives – who are currently deceased – looks at how the two camps do not get along and are on an onset of a feud that threatens to change and ruin lives – done up with a theme where twists of fate alter realities of life.

Such narratives, which albeit has been explored before, have not looked at themes where we see gender in rural areas in a manner that Badshah Begum comes up with.

“In the past we have had dramas that discussed such topics. However, what is important with a drama like Badshah Begum are the themes that it explores such as the notion of a woman dominating and controlling a rural environment and what she goes through. One of the prime examples I quote is former Prime Minister Benazir Bhutto,” he explained. “She went through so much struggle in her time, and she was the only one from her family who continued to fight, and she lost her entire family within the process. So, the idea is similar. To look at how the rural areas see women being in command.”

The drama, however, even goes beyond this theme and brings forth an onset of topics that are much-needed.

“Badshah Begum deals with a multitude of themes. The idea of what providing education to the rural, exploring disparity between the urban and rural,” he explained further. “We even delve into the idea of inheritance, which is such a common issue in the country.”

The drama, which has currently aired its 4th episode for the masses, has gone further into exploring the power-play that mires the Pir family. Things have started to simmer and the viewers are now abuzz with excitement.

So, what does this mean for the project and its future success?

The buzz over the project has existed for a while, but at the end of the day, it is the viewership and acceptability that matter,” Rafay said. “But I can assure you, everyone, including me, have worked quite hard on this project to showcase the type of content that we all are capable of producing.”

Adding on to this, Momina also felt that the drama found its success due to it having its own unique arc.

“Generally speaking, it is to be known that masses don’t usually digest anything other than mainstream stories and many believe that it would not gather TRP’s, and that I believe is a thin line, which can and should be taken upon as a challenge,” she added. “It has always been about the story, yes, there is no saas bahu which also is part of the narrative generally exhibited on television. However, every story has its unique arc and like that Badshah Begum has its own plot line.”

The drama, which was shot largely out-of-station, saw its fair share of challenges during its production phase, but in the end, it seems for everyone – including Rafay and Momina, the gamble has paid off.

“I am grateful to Momina Duraid and HUM Network for supervising and giving this script a chance. Considering it was a difficult shoot with an ensemble cast and out-of-station shoot, I am quite thankful to everyone who worked on this project,” the producer remarked regarding the success of his project. “It was a fruitful experience, and we had experienced minds working alongside. I have to mention the magnificence and professionalism of the captain of the ship, the director, Khizar Idrees, who took the lead of the project.”

Aiming to be added to the annals of entertainment history as a show that is both necessary and important in today’s day and age, Badshah Begum comes at a time when such narratives polarize the viewers but satisfies the critics for all the right reasons. Thus, with both Rafay and Momina creating such a project, it metes out hope for such narratives to also be put to the limelight by the two. 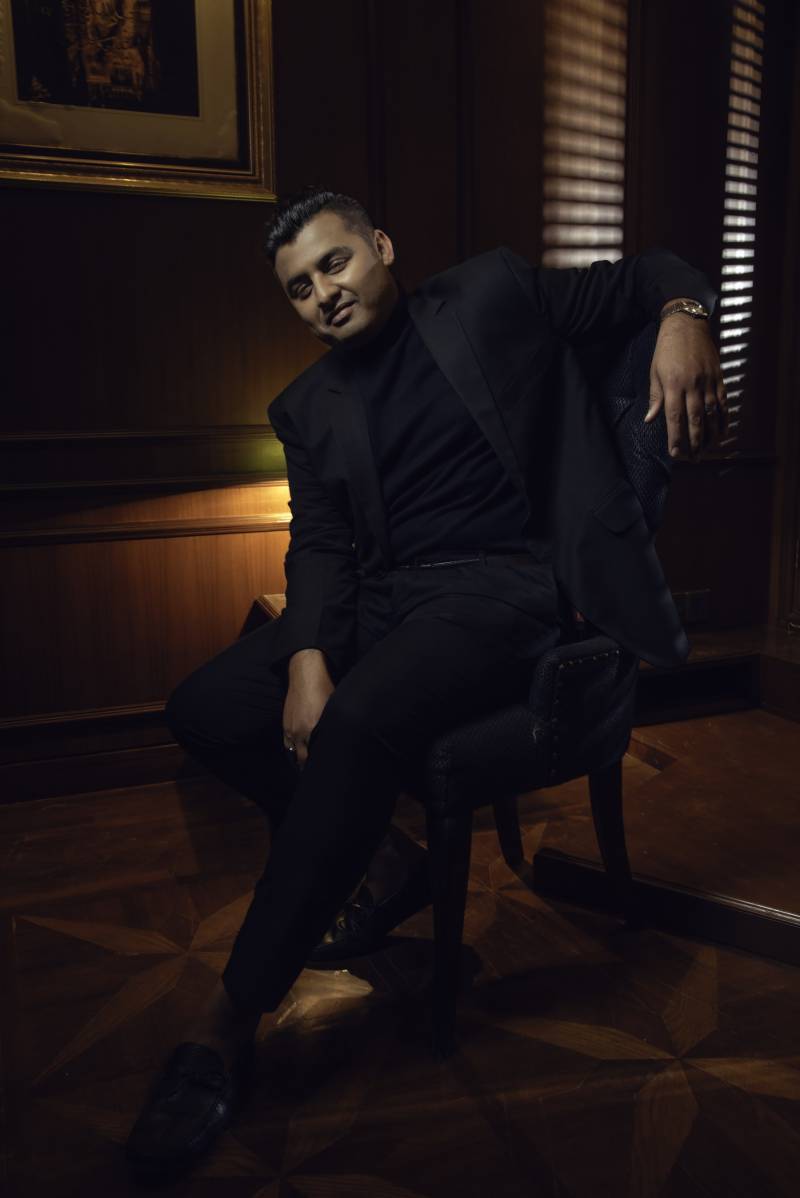 I do believe I will be looking at future collaborations as long the future scripts are good, and if Momina Duraid is able to supervise and guide us into the right kind of formula and goes into the right kind of viewership,” Rafay explained. “Having said that, I am grateful to God and thankful to Momina Duraid for this. She has given me my biggest break. I also must mention Mahesh Vaswani, who has been the backbone of the project and has been there through it all. We’ve tried out best, but we leave it to our viewers to accept it or not.”

While the producers behind the drama continue to be humble as question whether viewers accept it, it is a great fact to be acknowledged that Badshah Begum has already become a sleeper-hit amongst the critics. There’s a sigh of relief amongst those looking for the next critically-acclaimed, who could easily identify how this narrative goes beyond the done-to-death, and brings forth themes worth discussing.

If this is how the collaboration between Momina Duraid and Rafay Rashdi will turn out, we can be rest assured that something brilliant will always be in the works.

Badshah Begum airs every Tuesday at 8:00 pm on HUM TV.

All About That 6: 6 Rare Flower Oils, 6x More Shine With The L’Oreal Paris Extraordinary Oil Serum