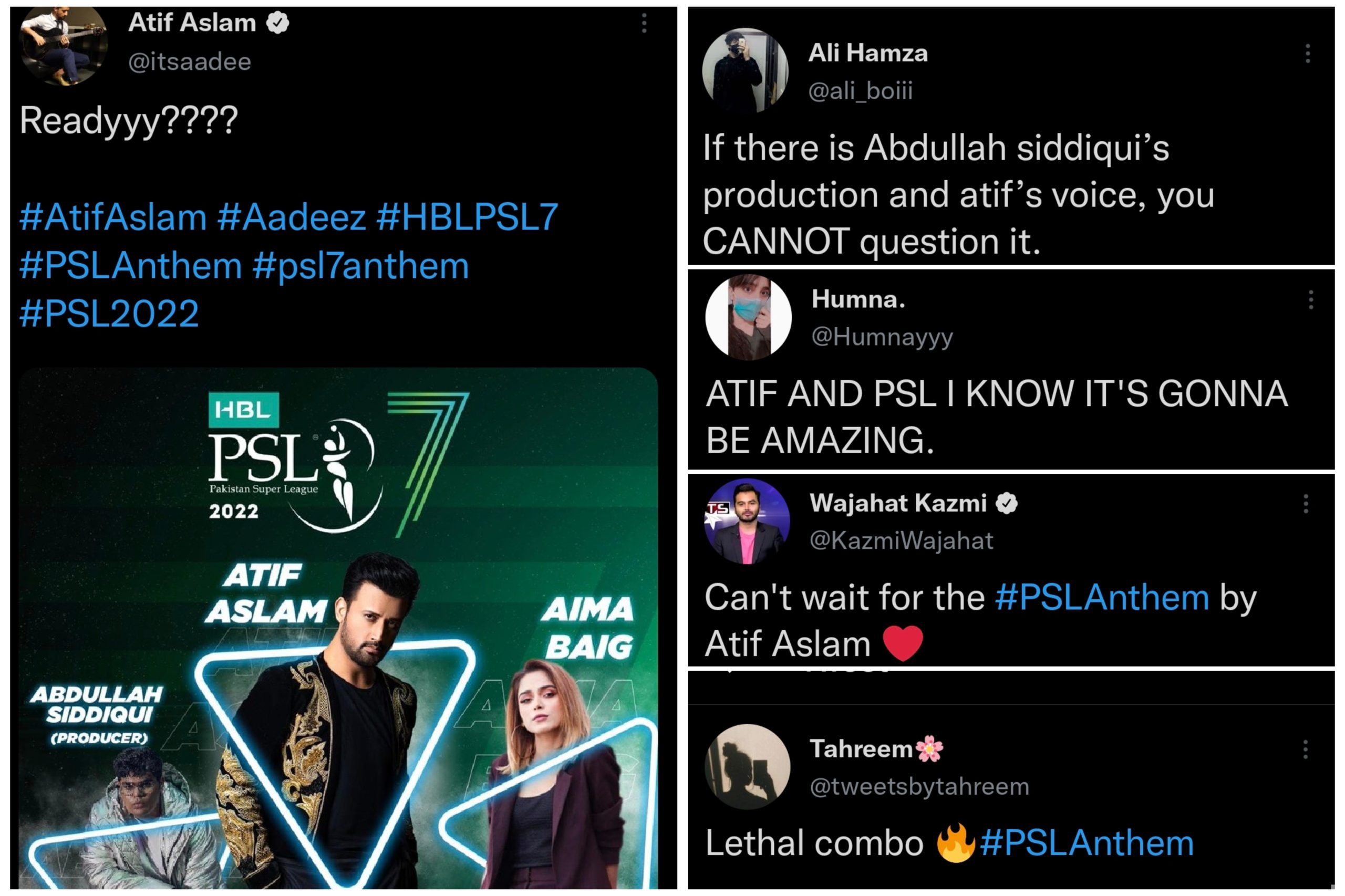 With the last few PSL anthems getting mixed reviews from fans, cricket buffs were in for a big surprise after they found out that this year’s anthem was going to be sung by none other than Atif Aslam accompanied by Aima Baig. To be produced under the powerhouse of talent, Abdullah Siddiqui, fans have been over the moon!

And people are way too excited!

Can't wait for the #PSLAnthem by Atif Aslam ❤️ pic.twitter.com/vTwyZtzCBq

Everyone is talking about Atif Aslam and Aima baig BUT let me tell you the Producer of song is ABDULLAH SIDDIQUI the Pakistani who make it to the FORBES 30 List in 2021, Appreciate our talent 🇵🇰❤️#PSLAnthem #LevelHai pic.twitter.com/6DGUXYkZvE

Abdullah is a singer-songwriter and electronic pop music producer. He has written and produced music for some prominent singers in Pakistan, including Fawad Khan, Meesha Shafi, Shamoon Ismail and Aima Baig.
Listen to his masterpiece song "Resistance".#PSL2022 #PSLanthem #PSL7 pic.twitter.com/xTVJ2U8GiO

HOLY MOLY!! THE LAD HAS COME SO FAR – deserves every bit of it.

People were living for the anthem:

ATIF AND PSL I KNOW IT'S GONNA BE AMAZING. https://t.co/fTbfu64hqJ

There’s no winning, is it?

Abdullah Siddiqui is the producer. Whatta news though. Love him!<3 https://t.co/K7UMCXOX3X

Xulfi did Hum Zalmi
Next Year with PSL

Abdullah Siddiqui did Zalmi song
Next Year with PSL

If there is Abdullah siddiqui’s production and atif’s voice, you CANNOT question it. https://t.co/o9iIdbFSpR

Are you excited for the anthem to release next week? Let us know in the comments below!