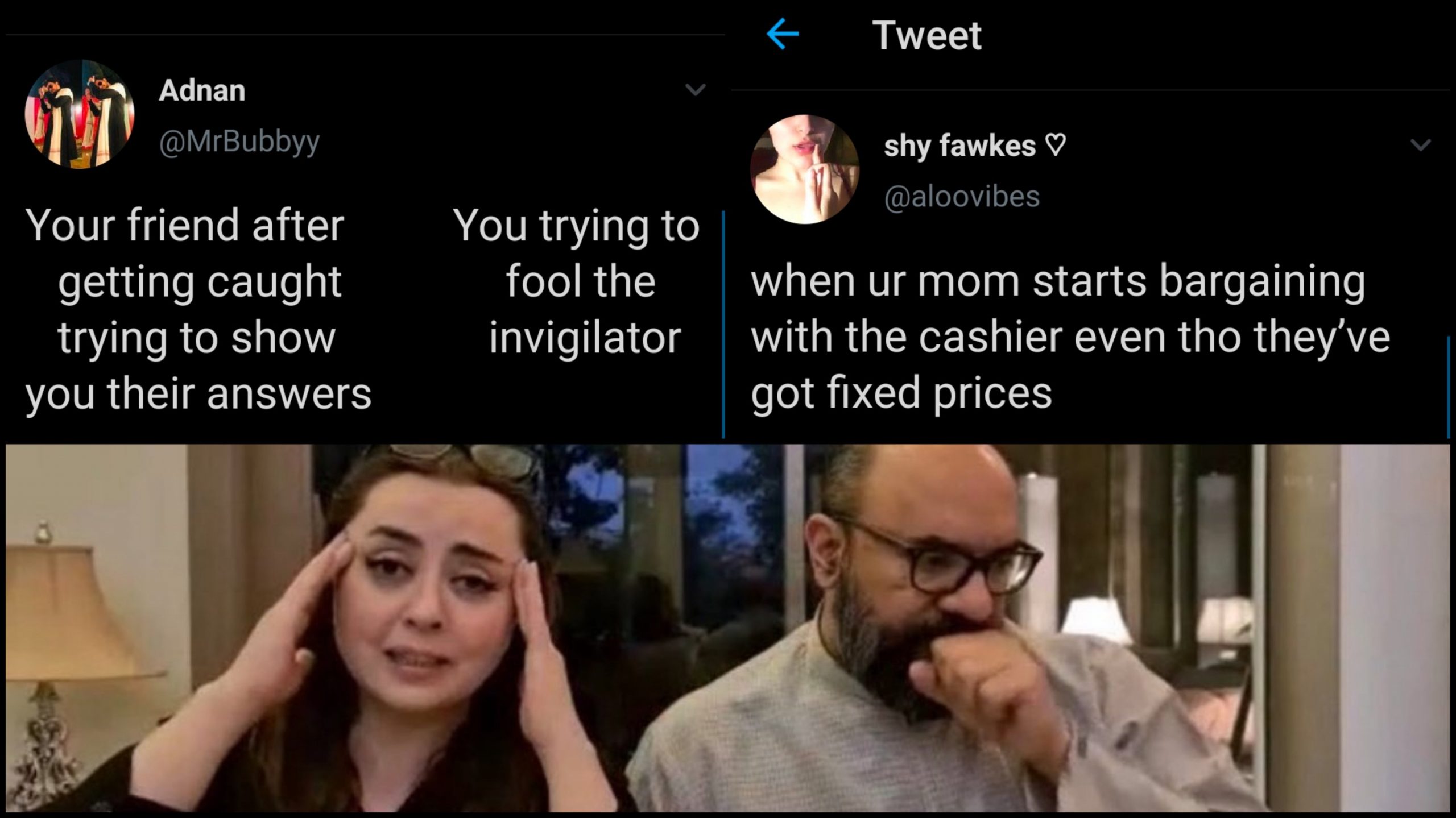 Maria B has become one of the favourite memes of the netizens after she released a 20 minute long video clarifying the situation as to why her husband was caught by the police, providing top notch meme fodder to the trolls. The internet just can’t stop churning out memes after memes and they’re all nothing but relatable!

Me and mom at parent teacher meeting pic.twitter.com/6NngVKszsv

Your friend after You trying to
getting caught fool the
trying to show invigilator
you their answers pic.twitter.com/vlrUW4c9Gb

when ur mom starts bargaining with the cashier even tho they’ve got fixed prices pic.twitter.com/slJwQkQgfL

My lungs when they said smokers are vulnerable to coronavirus pic.twitter.com/nv2MRzpIDO

When people with low iron stand up too fast. pic.twitter.com/1RXlprfdGc

When you get your little brother a blow horn and he won't stop blowing it. pic.twitter.com/Gb15F11tuS

Me asking him to he who is not
Become financially even mentally
Stable stable pic.twitter.com/UY4VvlAPEz

My wife watching me turn on the PS4 more than I have her during the quarantine. pic.twitter.com/s4ueSnzxFm

All the active bacteria and virus in my food when I say bismillah before taking a bite pic.twitter.com/X2OYL5izeH

Pretty sure all siblings can relate:

The more we sit home, the more we feel the symptoms lol:

Some loved how she put her power to some use at least:

When you tell your desi parents that you want to follow your dream. pic.twitter.com/z4trKoGCXa

My last two brain cells trying to process me not getting kfc during quarantine. https://t.co/lMWMnQbBG4

Psyduck in every Pokemon episode: pic.twitter.com/dU9CB7yyBr

my lungs every time I pick up a lighter pic.twitter.com/6MDBNa2PDo

me and my best friend pretending to be surprised during qiyamat when we find out we’re going to hell pic.twitter.com/n19i1M6rJT

my parents when a software update resets the font size on their phone pic.twitter.com/7ELbFmVlxI

My mom when she sees I have an empty cup in my room pic.twitter.com/XYYHcfmoEt

What memes did you love the most? Let us know in the comments below!

10 current OSTs that you'd want to play over and over again!