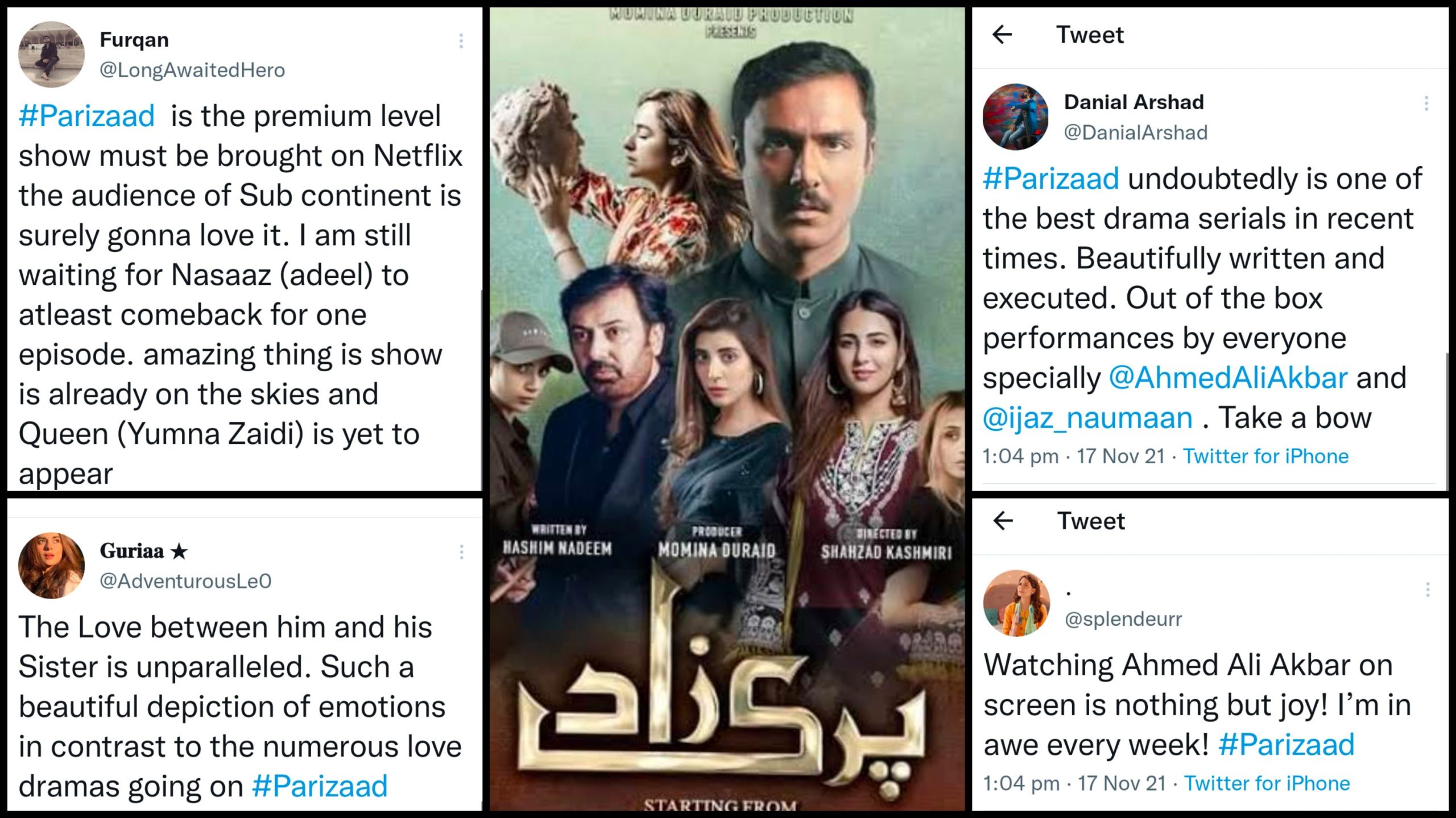 We and all drama buffs like us have only one thing that gets us excited for Tuesdays, and it’s Parizaad. Being fully invested in the story line, celebrating and crying with Pari, now, P. Z. Mir, the drama has been an absolute hit and continues getting better with every new episode.

Last night, the audience finally got to see Parizaad crossing paths with Lubna (Mashal Khan,) his scheming brothers and sister-in-laws, and his sister Sayeeda. We also got to see Yumna Zaidi making her way into the story as RJ Annie. Loving every bit of the episode last night, fans have been trending the hashtag #Parizaad to laud the developments:

And here’s what they’ve got to say:

i have found the BEST ACTOR in Pakistan. Only he can act a role like this! #Parizad THIS MASTERPIECE DESERVES MANY AWARDS pic.twitter.com/JNLXxedOze

This scene was so heartwarming!

Brother and Sister relation is the most beautiful relation.#parizad pic.twitter.com/3AgLLJecZP

The Love between him and his Sister is unparalleled. Such a beautiful depiction of emotions in contrast to the numerous love dramas going on #Parizaad pic.twitter.com/B0X8luji6x

People were sharing how the drama exposes the hypocrisies of the society:

People were sharing their favourite dialogues:

People wanted the drama to be available on Netflix:

#Parizaad is the premium level show must be brought on Netflix the audience of Sub continent is surely gonna love it. I am still waiting for Nasaaz (adeel) to atleast comeback for one episode. amazing thing is show is already on the skies and Queen (Yumna Zaidi) is yet to appear

#Parizaad undoubtedly is one of the best drama serials in recent times. Beautifully written and executed. Out of the box performances by everyone specially @AhmedAliAkbar and @ijaz_naumaan . Take a bow

Watching Ahmed Ali Akbar on screen is nothing but joy! I’m in awe every week! #Parizaad

The power these scenes had:

Are you keeping up with Parizaad? Let us know in the comments below!

Wajahat Rauf Releases The First Teaser for Parde Mein Rehne Do – & It's A Masala Bomb!