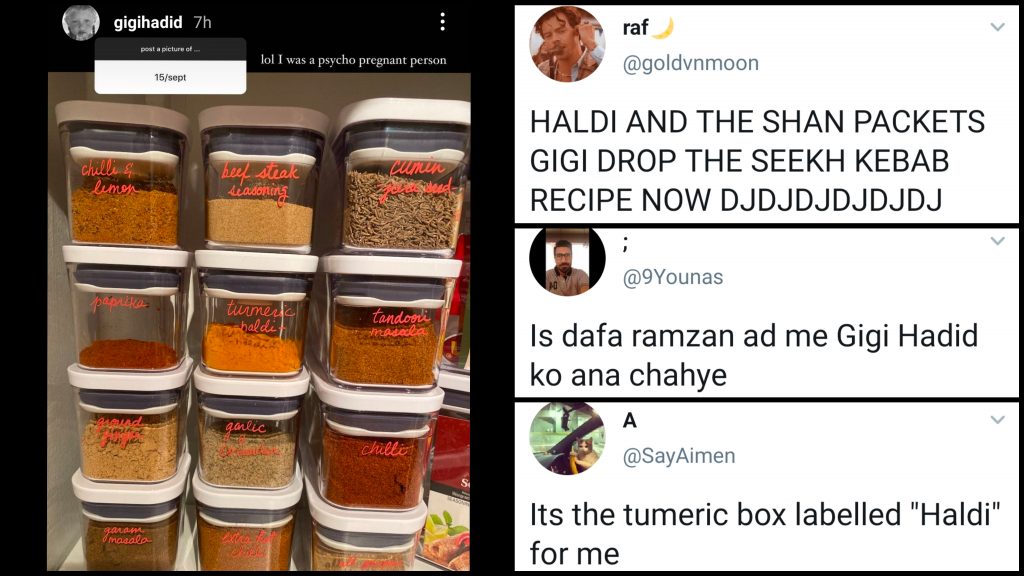 Pakistanis and their love for Zayn Malik and Gigi Hadid remains unmatched! First it was the baby, then baby names and now it’s the use of a masala that’s breaking the internet.

Posting a picture of all the spices in her kitchen, people were quick to notice Shan’s Seekh Kabab Masala on the side: 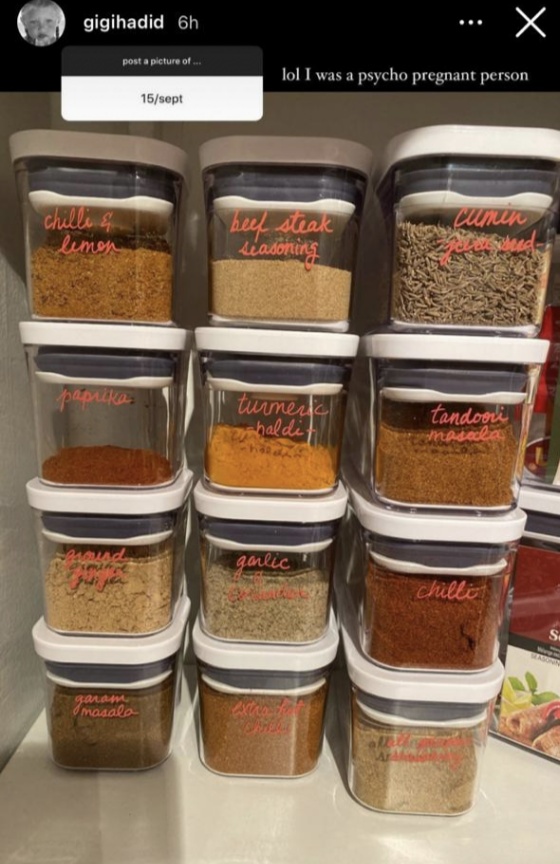 Turns out @GiGiHadid is also a fan of Shaan Masala 🙌🏻 pic.twitter.com/scdkAa5Fj6

Haha, ample of them!

Mama Malik really stocked up on all those Desi spices eh?😂

People were also amazed at her knowing haldi:

And she knows that turmeric is called ‘haldi’ 😊

Its the tumeric box labelled "Haldi" for me https://t.co/rabMQbV9fW

Ideas for Ramzan ads were floating:

Bruh, we only use boxed masalas:

People were waiting for the seekh kabab recipe to drop next!

The approval we didn’t know we needed 😂

I have a feeling she isn’t referring to the masala:

She called herself ‘psycho’ for using all these spices for a limited time. Bruhh we use them everyday 🌝 https://t.co/AVarGgrov8

Using the desi names of the spices >> https://t.co/lo58fFuVEm

People were happy to see her knowing her tastes:

Gigi Hadid using Shan masala (the box on the right) has absolutely sent me😂 pic.twitter.com/C8SfIhortq

Some even came up with a tagline for Shan 😂

Were you able to spot the Shan masalas in her story? Let us know in the comments below!

Diva 2020 Round-Up: Restaurants That Satisfied Our Cravings This Year in Karachi!

Netizens Can't Help But Adore Naimal & Hamza & We Get It!