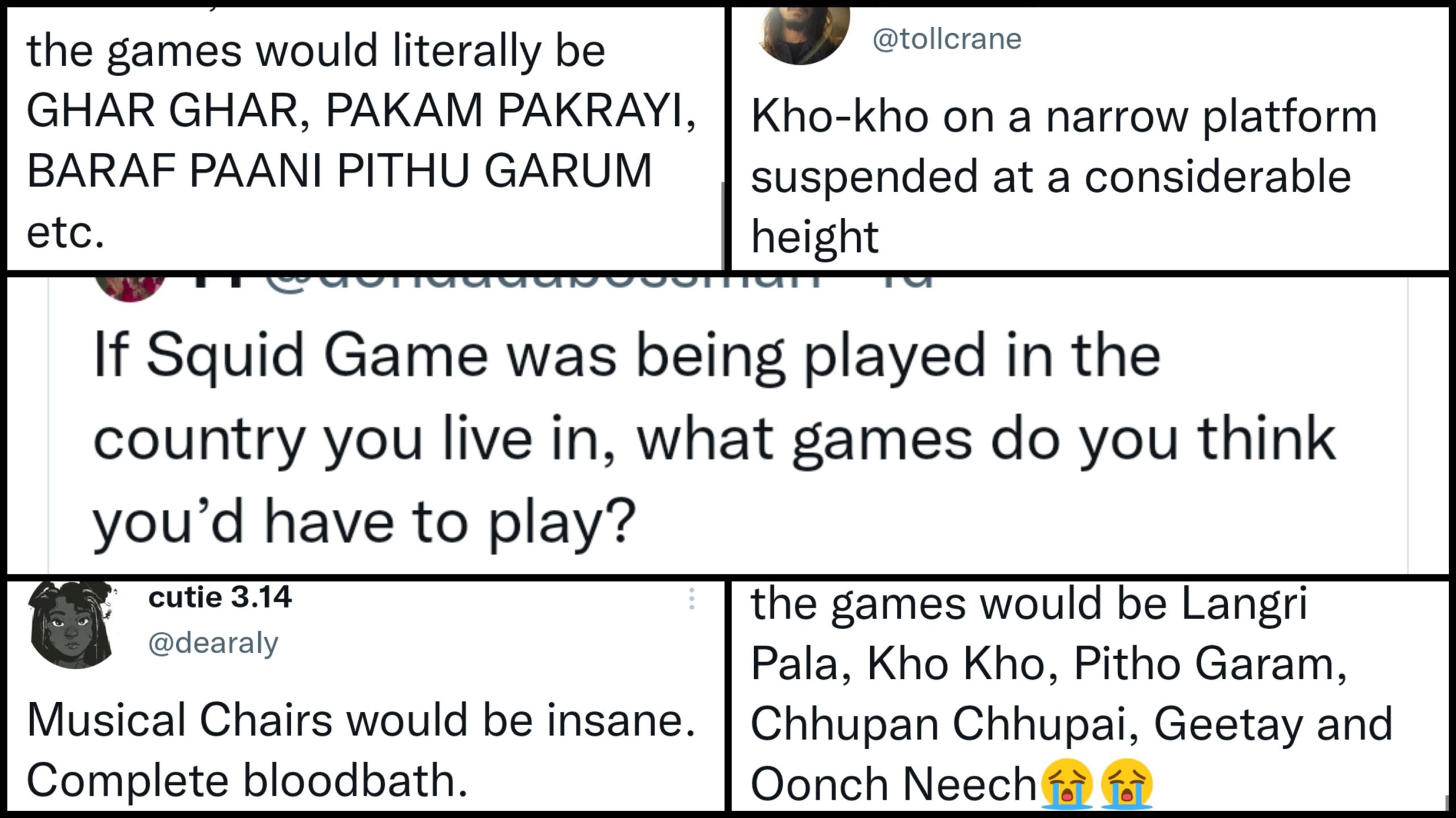 You’re probably living under a rock if you haven’t heard of the series Squid Game on Netflix. Trending at number 1 worldwide, the Korean series is a grotesque watch that some may find to be a little too uncomfortable. Not to forget, there’s a Pakistani guy too in the series, big flex!

And today netizens are sharing what the series would be like if it was made here:

If Squid Game were made in Pakistan,
the games would literally be GHAR GHAR, PAKAM PAKRAYI, BARAF PAANI PITHU GARUM etc.
And i think that would've been more fun n interesting.

Dying at the accuracy!

if squid games was in karachi pic.twitter.com/tIR7Uveq5s

Trying to change your married surname back to your maiden name https://t.co/bC0AVitqhK

We’ll show ourselves out!

imagine having to play kabaddi 💀 https://t.co/Vig3sj4KaK

We’ll all be dead!

get 10 points on flappy bird https://t.co/zTQa4OMzHh

The man even has it all planned:

Kho-kho on a narrow platform suspended at a considerable height https://t.co/NWYwYwgJUL

We would also probably have a cheel urri version of the slap game you gotta do pre-squid game https://t.co/NWYwYwgJUL

Some believed we actually did it first!

To everyone who’s tweeting stuff like ‘if squid game was made in pakistan…’ bro stop giving them ideas, next thing you know Wajahat Rauf will cast Humayun Saeed as player 456 in Pakistani squid game

Pakistan version of the Squid Games should see top bureaucrats, army officers and politicians live on their actual salaries. Then see who survives.

What game would you be willing to play? Let us know in the comments below!

LSA 2021: Here's Who We Think Will Win & Should Take The Entertainment Awards Home!