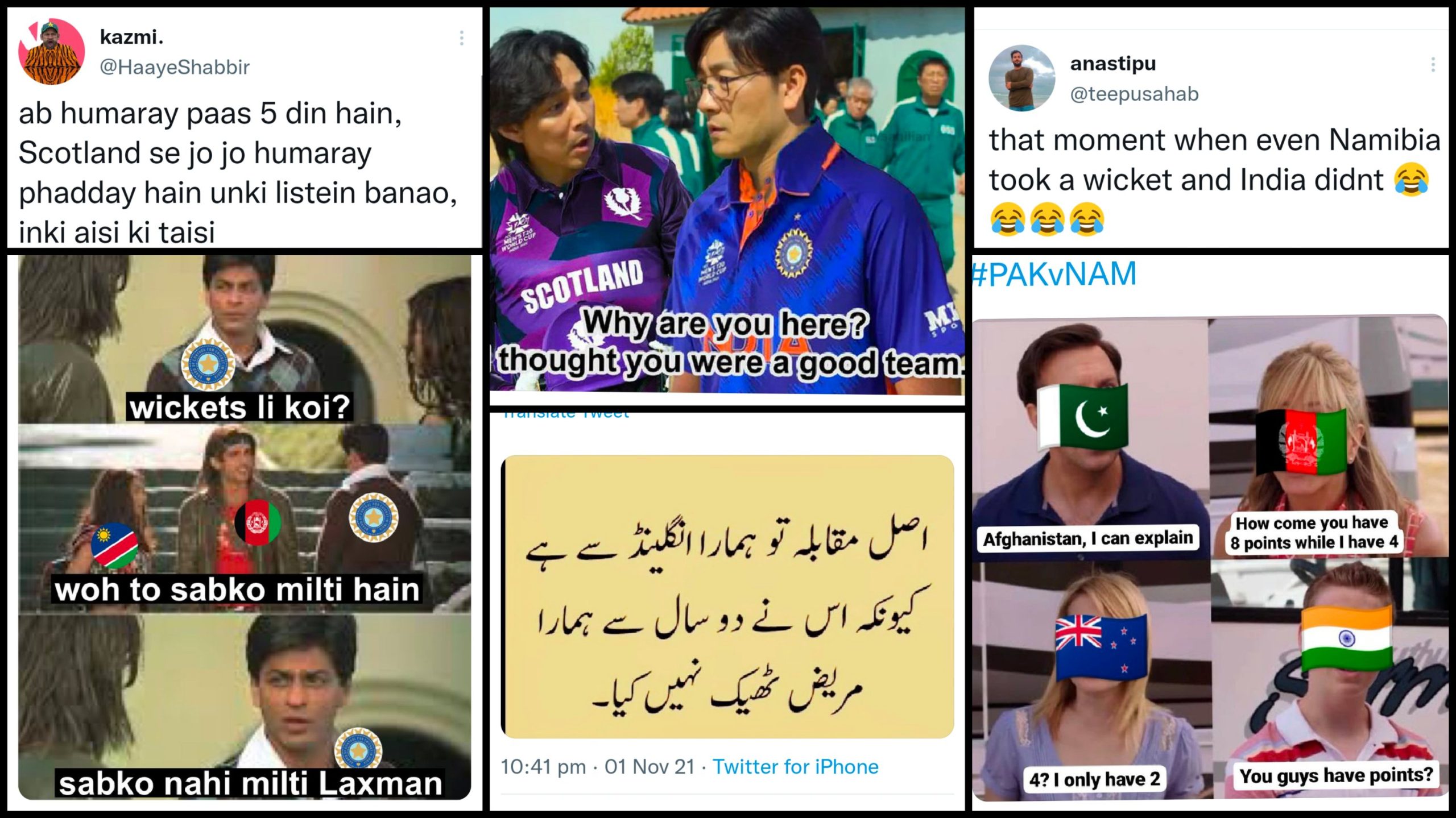 Team Pakistan is at an all-time high this season in the T20 World Cup after it became the first team to qualify for the semifinals by winning every match they’ve played so far in the tournament.

The team also managed to score the highest runs in the tournament so far against Namibia. And celebrating the team, Twitter has been having the biggest meme fest since the last few days:

Bengladesh officially out of the T20 World Cup 2021 pic.twitter.com/MhO7AZFPla

Pakistan to big 3 after going into semi finals pic.twitter.com/SeKSVi8zaI

that moment when even Namibia took a wicket and India didnt 😂😂😂😂

Rizwan at the death overs : pic.twitter.com/AShqVlJhkK

People had it all planned 😈

We feel you guys!

Babar Azam back at number one in ICC T20 Rankings.

Therapy is too expensive. So I watch Pakistan’s T20 World Cup matches.

Pakistan team waiting for others to qualify pic.twitter.com/aHYDrRPBM9

The past ten days have been unbelievable madness for every Pakistan cricket fan. Not in my wildest imagination could I have foreseen Pakistan being the first certain entry to the semis. Congratulations 🇵🇰

Rizwan and Babar in every match: pic.twitter.com/cJcEp9IHOf

One after another, the team is breaking records!

Is it even fair for Pakistan to have 11 players when one of them is Hafeez? Should be forced to play with 8 it 9 to make it equal for other teams.

It is what it is!

Pakistan is playing so well so that we don't think too much about 138 ka petrol.

Are you enjoying the tournament and the savage memes? Because we certainly are!

Someone Compared Kohli's Turnover To PCB's & Pakistanis Have Savage Replies!