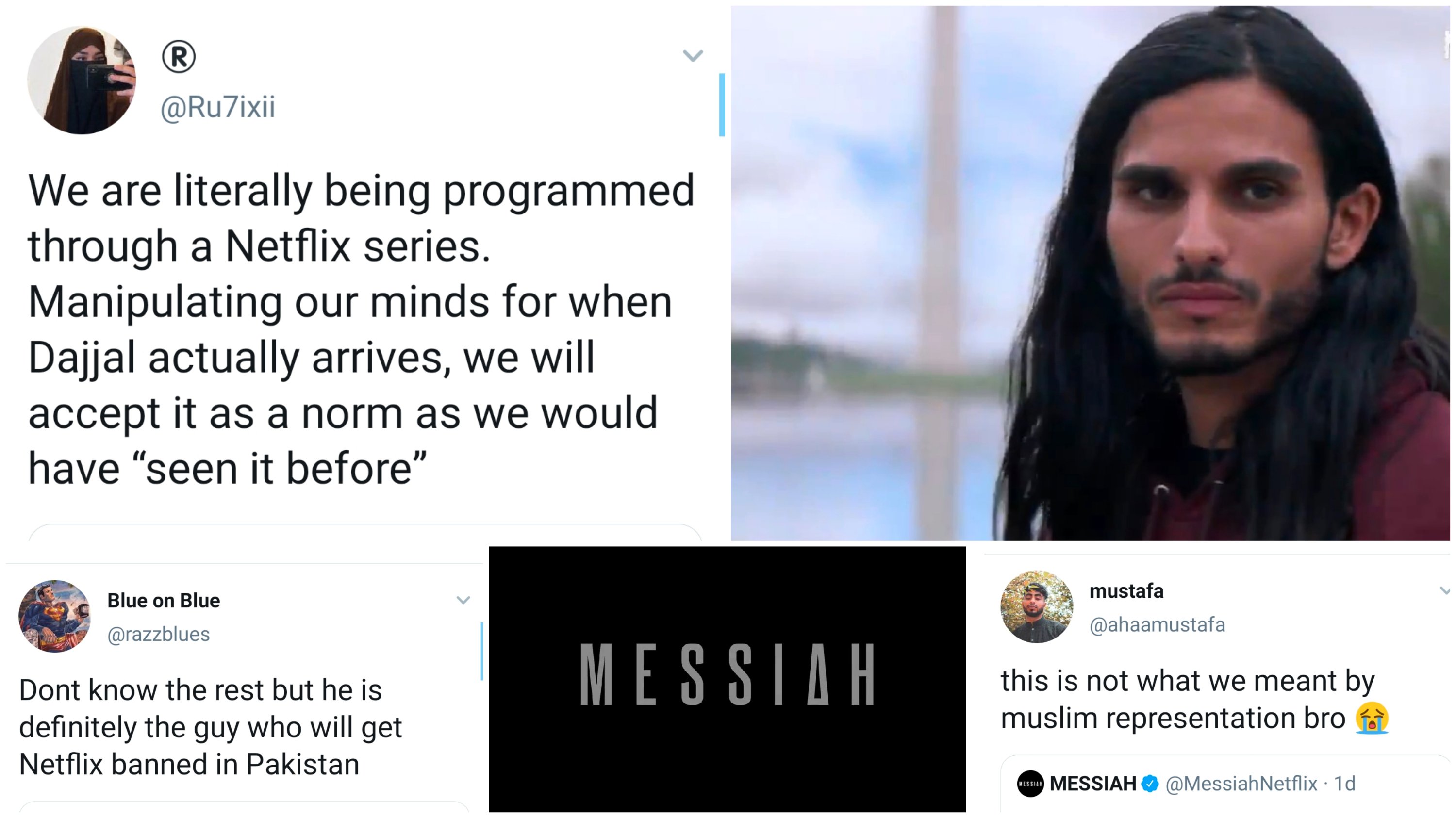 The trailer for Netflix’s latest series Messiah had everyone losing their minds as people started relating it to the antichrist, Dajjal.

Who do you think he is? Messiah begins streaming January 1, only on @netflix. #MessiahIsComing pic.twitter.com/zx46AIS2zp

And within no time the hashtag #Dajjal became the number 1 trend on Twitter! 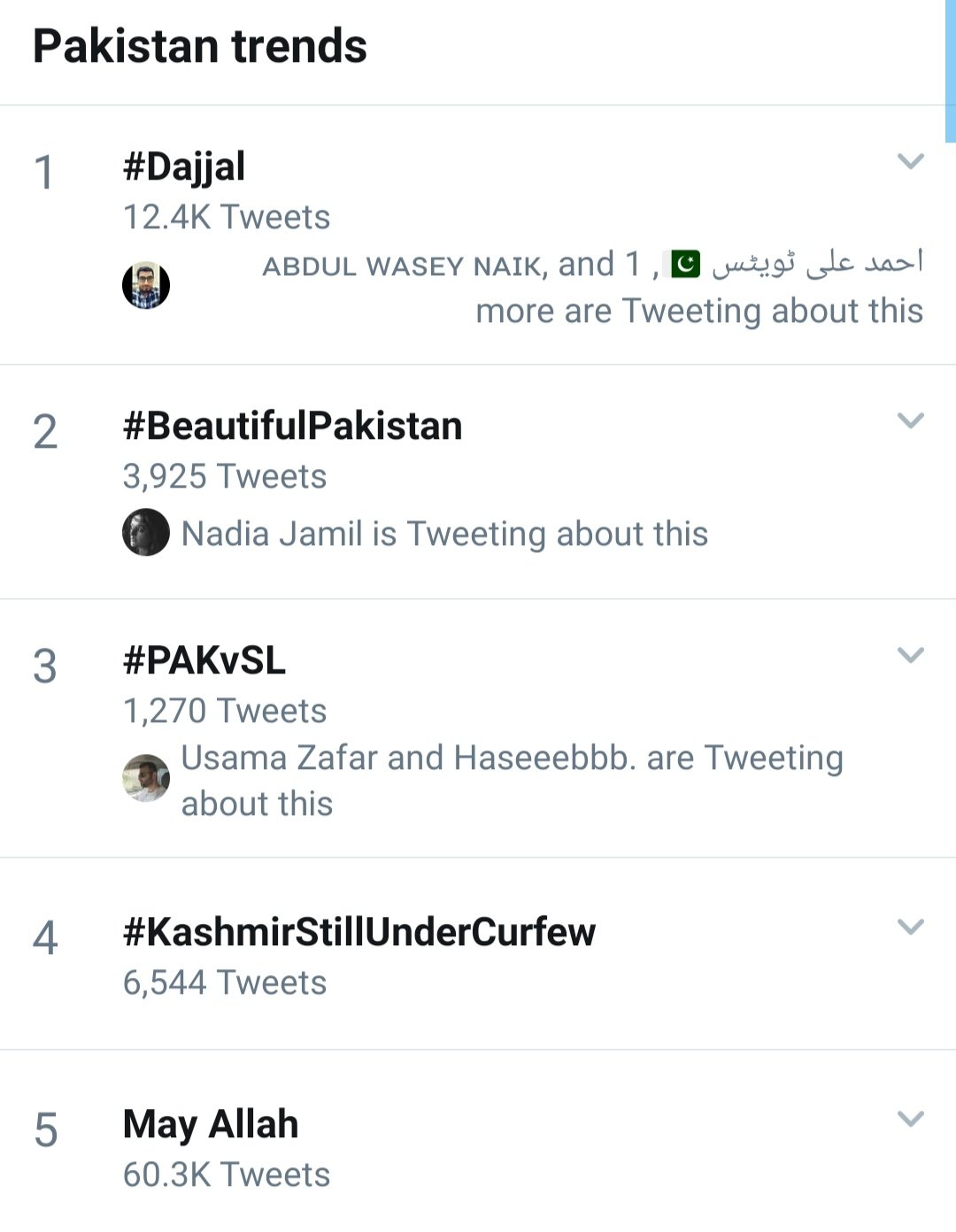 And people had a lot of theories, one of the guys got blocked by Netflix for tweeting out a major plot twist!

Many were surprised how the series had instilled fear in others:

I mean for God sake people it's just a Netflix series, Your Iman should be stronger than that we just made #Dajjal trending for no reason, just imagine when the real dajjal come what will happen, make your Iman stronger by praying not by trending something that shouldn't be. pic.twitter.com/wTKNL3AAPc

It had many talking about actual Dajjal:

What I'm scared the most is dajjal going to confuse us with so many tricks and whoever have faith, you'll be safe! #Dajjal

No, thank you, Netflix:

Y did there have to be a series about the dajjal in 2019 y not never‼️#MessiahIsComing #Dajjal pic.twitter.com/ogcCAvICsE

Many thought he’s the guy to get Netflix banned in Pakistan:

Dont know the rest but he is definitely the guy who will get Netflix banned in Pakistan https://t.co/EElghh2DEb

this is not what we meant by muslim representation bro 😭 https://t.co/lHIiJks7mB

A productive day for Shaitaan:

People were not okay with the trailer:

My sister had a theory about #Dajjal few years ago. She said mobile phone is Dajjal. It has one eye and everyone is following it. Can say the girl has a strong point.

Never going to look at Netflix the way I used to…

guys what if this is how #dajjal comes for us, via netflix shiittt. i mean the tv is kind of one eye iykwim

We are literally being programmed through a Netflix series. Manipulating our minds for when Dajjal actually arrives, we will accept it as a norm as we would have “seen it before” https://t.co/LpH7iiWOWa

All publicity is good publicity, remember!

Fuck , seriously guys. If you disagree with that Netflix show of #Dajjal dont watch it. Its no use hyping it up, remember, " All publicity is good publicity " You are the consumer , you have the power !

Some were very observant!

The "A" in messiah reflects illuminati. #Dajjal #Netflix pic.twitter.com/YWZc5quNeP

Many were confused at others being scared:

Netflix releasing series about #Dajjal
When this is so obvious with the point of Islam that Dajjal will come on predecided time which no one knows except Allah.
And as a Muslim we should stick on our Faith.
Why everyone is getting scared just bcz of series?

People were tweeting out their reactions:

When #dajjal is trending pic.twitter.com/JjjvaUsHlv

This was legit me!

My reaction when I saw #Dajjal trending pic.twitter.com/GeUurq40AA

Bruh, it gave me a heart attack!

when you wake up and see "#Dajjal" trending, BRUH pic.twitter.com/JAPoLFNj8r

Why is #Dajjal trending?? Or isssit time🤔🤔

People all over getting scared about Netflix releasing a series on #Dajjal, we all should only checkmate our Ibadat and strengthen our Iman. May the Almighty Allah protect us from the Mischief of #Dajjal.

And while many were planning to not watch the series, others were interested to see how it goes:

This is the scariest thing I've seen in a long while. Literal chills throughout. I'll be interested to see where they go with this. #Dajjal #MessiahIsComing pic.twitter.com/RLZsrtuFSO

Not sure if this is sarcasm…

Tech lover #Dajjal is coming your way through Netflix. If you are a Muslim, it is part of your emaan to answer through tech – unsubscribe Netflix, delete the app and shut him inside.

Imagine relying on a Netflix series for Islamic education:

The coming of #Dajjal is one of the greatest Fitnah of all times. Learn and recite the first ten verses of Suratul Kahf. Seek Allah's protection in prayers after Tahiyyah before tasleem everyday. Seek Islamic history of Dajjal and don't just rely on Netflix. May Allah protect us

Some were just not getting the outrage:

Muslim Twitter is really over-reacting about the Messiah series on Netflix. Many movies have already been made on the same topic in the past, but apparently, it wasn't cool to be outraged back then. I can't with the conspiracy theories 😅 #Dajjal #Messiah

#dajjal
me watching "muslims" (that are supposed to not lose iman for actual dajjal) getting scared & worried for their imaan
over a MOVIE pic.twitter.com/irXzejgYsm

even dajjal was confused by this one. what if dajjal files a copyright case against netflix?#Dajjal https://t.co/lnzc3k7kEI

Okay, this is getting out of hands now:

What do you think about the trailer? Let us know in the comments below!

This guy thinks women are normalizing inappropriate clothes and the netizens are debating!

5 Pakistani Dramas We Have Been Hooked on to This Month!